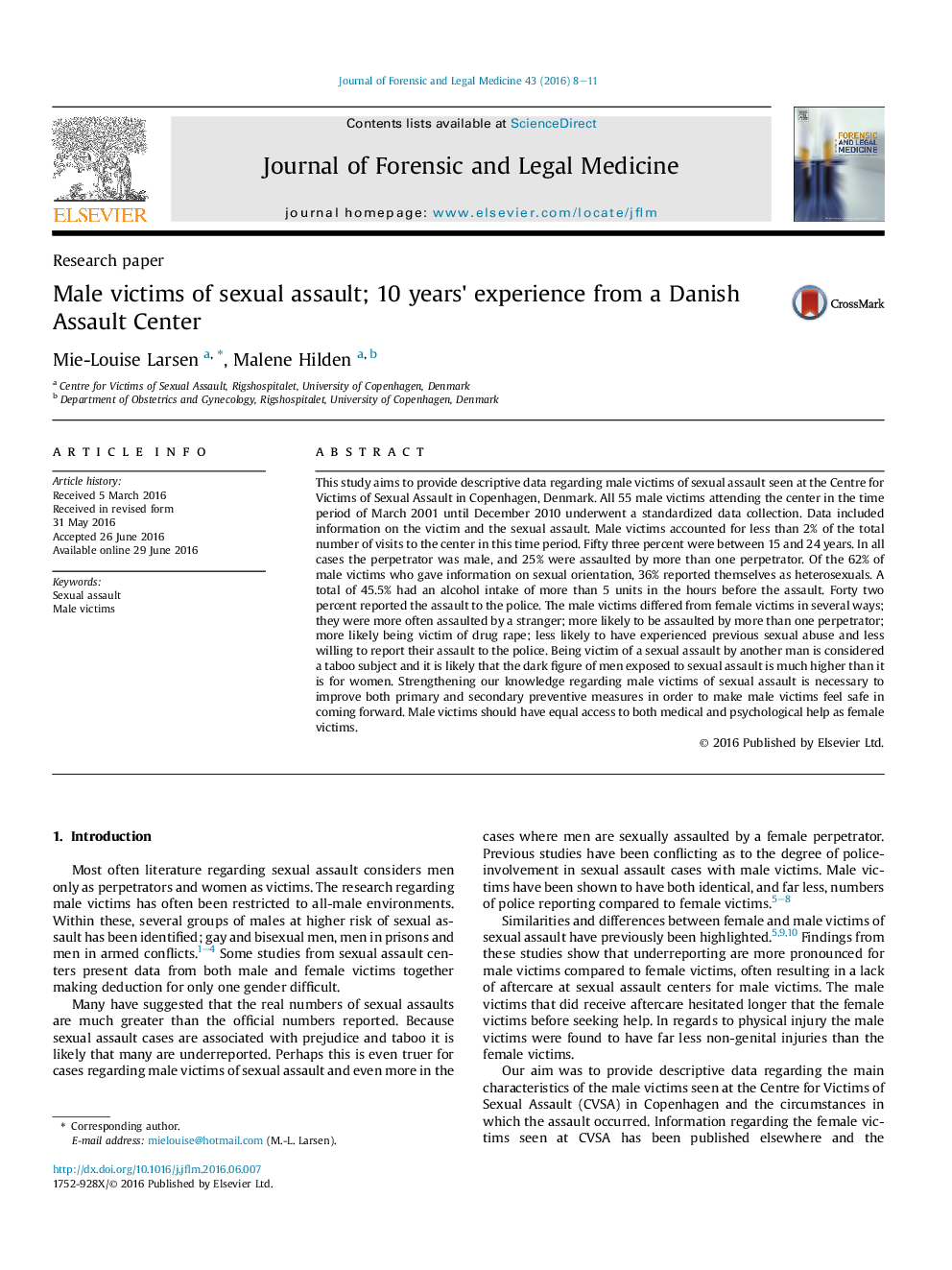 This study aims to provide descriptive data regarding male victims of sexual assault seen at the Centre for Victims of Sexual Assault in Copenhagen, Denmark. All 55 male victims attending the center in the time period of March 2001 until December 2010 underwent a standardized data collection. Data included information on the victim and the sexual assault. Male victims accounted for less than 2% of the total number of visits to the center in this time period. Fifty three percent were between 15 and 24 years. In all cases the perpetrator was male, and 25% were assaulted by more than one perpetrator. Of the 62% of male victims who gave information on sexual orientation, 36% reported themselves as heterosexuals. A total of 45.5% had an alcohol intake of more than 5 units in the hours before the assault. Forty two percent reported the assault to the police. The male victims differed from female victims in several ways; they were more often assaulted by a stranger; more likely to be assaulted by more than one perpetrator; more likely being victim of drug rape; less likely to have experienced previous sexual abuse and less willing to report their assault to the police. Being victim of a sexual assault by another man is considered a taboo subject and it is likely that the dark figure of men exposed to sexual assault is much higher than it is for women. Strengthening our knowledge regarding male victims of sexual assault is necessary to improve both primary and secondary preventive measures in order to make male victims feel safe in coming forward. Male victims should have equal access to both medical and psychological help as female victims.