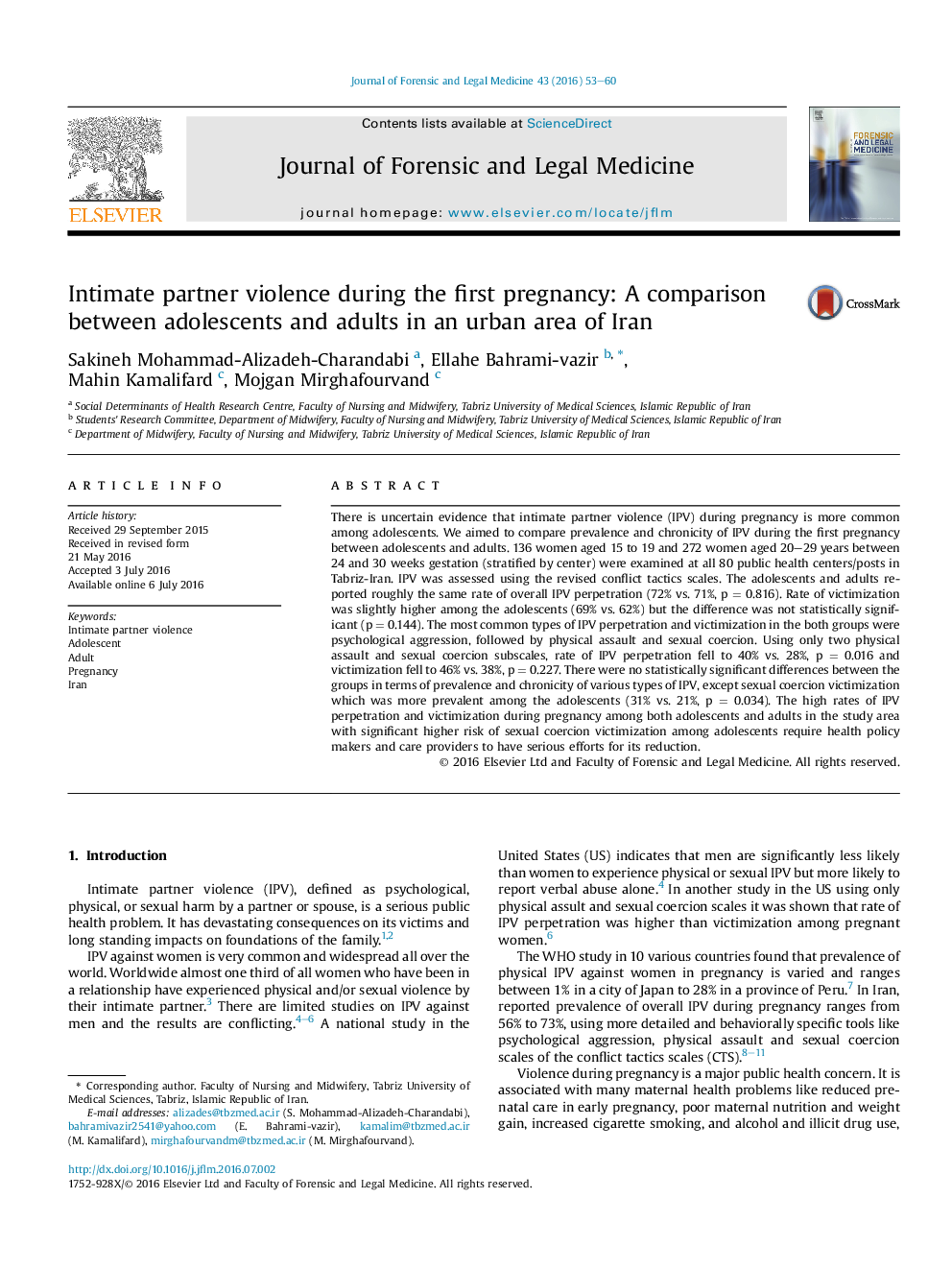 There is uncertain evidence that intimate partner violence (IPV) during pregnancy is more common among adolescents. We aimed to compare prevalence and chronicity of IPV during the first pregnancy between adolescents and adults. 136 women aged 15 to 19 and 272 women aged 20–29 years between 24 and 30 weeks gestation (stratified by center) were examined at all 80 public health centers/posts in Tabriz-Iran. IPV was assessed using the revised conflict tactics scales. The adolescents and adults reported roughly the same rate of overall IPV perpetration (72% vs. 71%, p = 0.816). Rate of victimization was slightly higher among the adolescents (69% vs. 62%) but the difference was not statistically significant (p = 0.144). The most common types of IPV perpetration and victimization in the both groups were psychological aggression, followed by physical assault and sexual coercion. Using only two physical assault and sexual coercion subscales, rate of IPV perpetration fell to 40% vs. 28%, p = 0.016 and victimization fell to 46% vs. 38%, p = 0.227. There were no statistically significant differences between the groups in terms of prevalence and chronicity of various types of IPV, except sexual coercion victimization which was more prevalent among the adolescents (31% vs. 21%, p = 0.034). The high rates of IPV perpetration and victimization during pregnancy among both adolescents and adults in the study area with significant higher risk of sexual coercion victimization among adolescents require health policy makers and care providers to have serious efforts for its reduction.