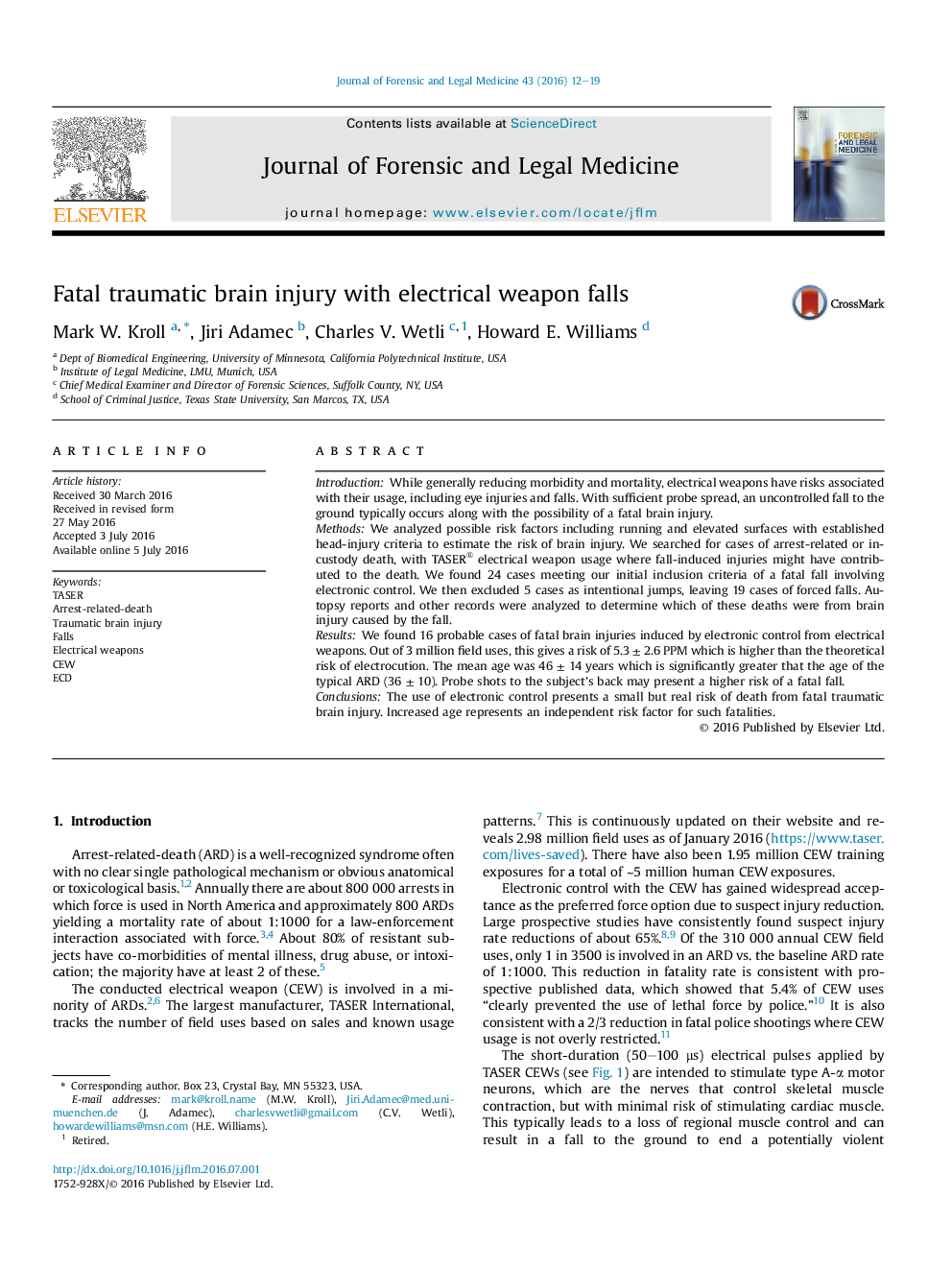 • Electronic control presents a small but real risk of death from fatal traumatic brain injury.
• This risk exceeds the theoretical risk of electrocution.
• Increased age represents an independent risk factor for such fatalities.

IntroductionWhile generally reducing morbidity and mortality, electrical weapons have risks associated with their usage, including eye injuries and falls. With sufficient probe spread, an uncontrolled fall to the ground typically occurs along with the possibility of a fatal brain injury.MethodsWe analyzed possible risk factors including running and elevated surfaces with established head-injury criteria to estimate the risk of brain injury. We searched for cases of arrest-related or in-custody death, with TASER® electrical weapon usage where fall-induced injuries might have contributed to the death. We found 24 cases meeting our initial inclusion criteria of a fatal fall involving electronic control. We then excluded 5 cases as intentional jumps, leaving 19 cases of forced falls. Autopsy reports and other records were analyzed to determine which of these deaths were from brain injury caused by the fall.ResultsWe found 16 probable cases of fatal brain injuries induced by electronic control from electrical weapons. Out of 3 million field uses, this gives a risk of 5.3 ± 2.6 PPM which is higher than the theoretical risk of electrocution. The mean age was 46 ± 14 years which is significantly greater that the age of the typical ARD (36 ± 10). Probe shots to the subject's back may present a higher risk of a fatal fall.ConclusionsThe use of electronic control presents a small but real risk of death from fatal traumatic brain injury. Increased age represents an independent risk factor for such fatalities.