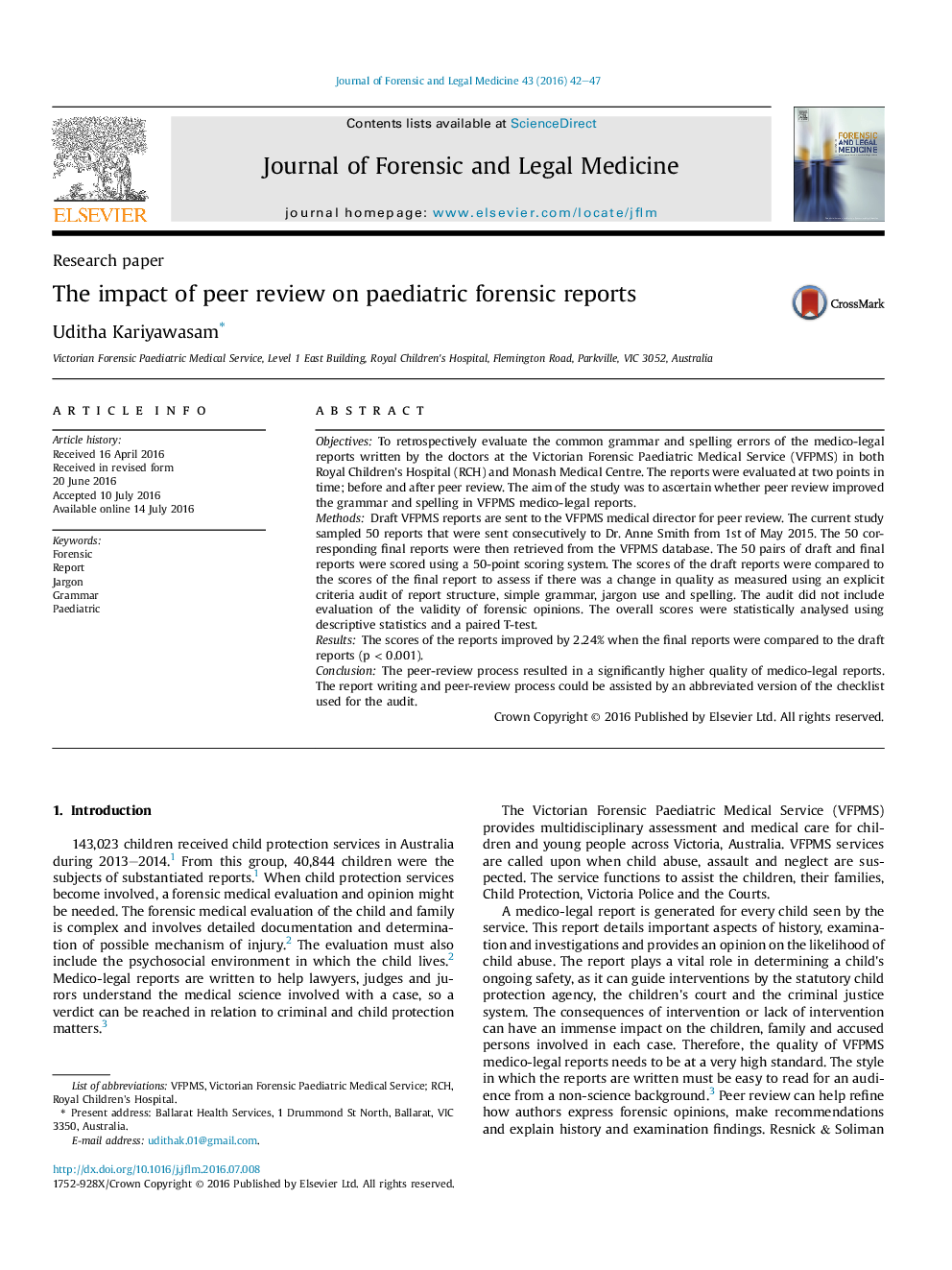 • Peer-review reduces errors in grammar, spelling and jargon.
• High quality of draft reports could be due to awareness of common errors.
• Medical jargon use was more commonly encountered compared to legal jargon use.

ObjectivesTo retrospectively evaluate the common grammar and spelling errors of the medico-legal reports written by the doctors at the Victorian Forensic Paediatric Medical Service (VFPMS) in both Royal Children's Hospital (RCH) and Monash Medical Centre. The reports were evaluated at two points in time; before and after peer review. The aim of the study was to ascertain whether peer review improved the grammar and spelling in VFPMS medico-legal reports.MethodsDraft VFPMS reports are sent to the VFPMS medical director for peer review. The current study sampled 50 reports that were sent consecutively to Dr. Anne Smith from 1st of May 2015. The 50 corresponding final reports were then retrieved from the VFPMS database. The 50 pairs of draft and final reports were scored using a 50-point scoring system. The scores of the draft reports were compared to the scores of the final report to assess if there was a change in quality as measured using an explicit criteria audit of report structure, simple grammar, jargon use and spelling. The audit did not include evaluation of the validity of forensic opinions. The overall scores were statistically analysed using descriptive statistics and a paired T-test.ResultsThe scores of the reports improved by 2.24% when the final reports were compared to the draft reports (p < 0.001).ConclusionThe peer-review process resulted in a significantly higher quality of medico-legal reports. The report writing and peer-review process could be assisted by an abbreviated version of the checklist used for the audit.