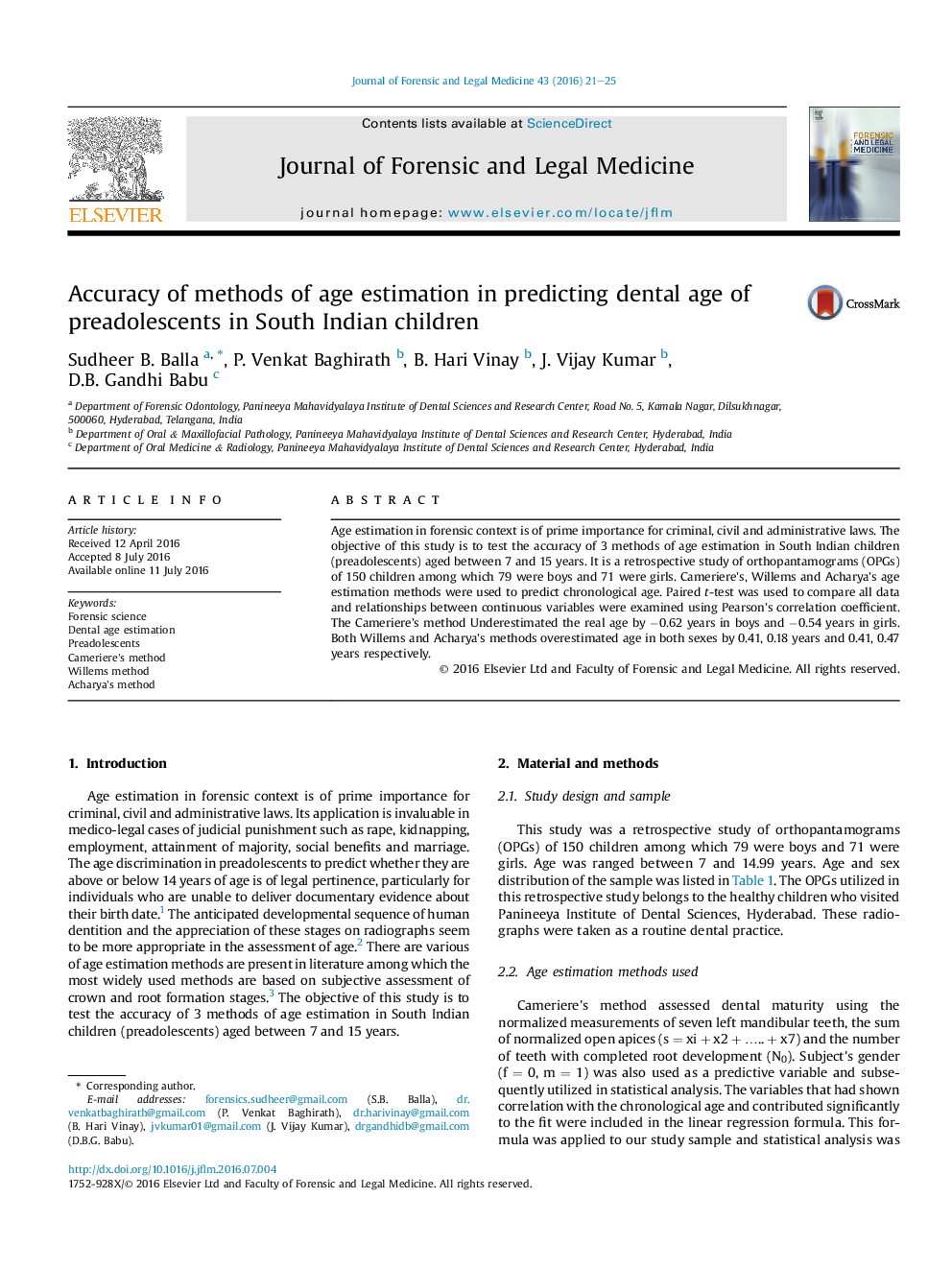 • The age discrimination in preadolescents to predict whether they are above or below 14 years is of legal pertinence.
• Age estimation is multidisciplinary approach and human dentition development provides clear insight over skeletal methods.
• This study is devoted to measure accuracy of 3 dental age estimation methods- Cameriere’s, Willems and Acharya’s method.
• Among three, Cameriere’s method underestimated the age while other two overestimated the real age.
• Even Acharya’s formulae are population specific; errors produced suggested the need of new formulae to population studied.

Age estimation in forensic context is of prime importance for criminal, civil and administrative laws. The objective of this study is to test the accuracy of 3 methods of age estimation in South Indian children (preadolescents) aged between 7 and 15 years. It is a retrospective study of orthopantamograms (OPGs) of 150 children among which 79 were boys and 71 were girls. Cameriere's, Willems and Acharya's age estimation methods were used to predict chronological age. Paired t-test was used to compare all data and relationships between continuous variables were examined using Pearson's correlation coefficient. The Cameriere's method Underestimated the real age by −0.62 years in boys and −0.54 years in girls. Both Willems and Acharya's methods overestimated age in both sexes by 0.41, 0.18 years and 0.41, 0.47 years respectively.