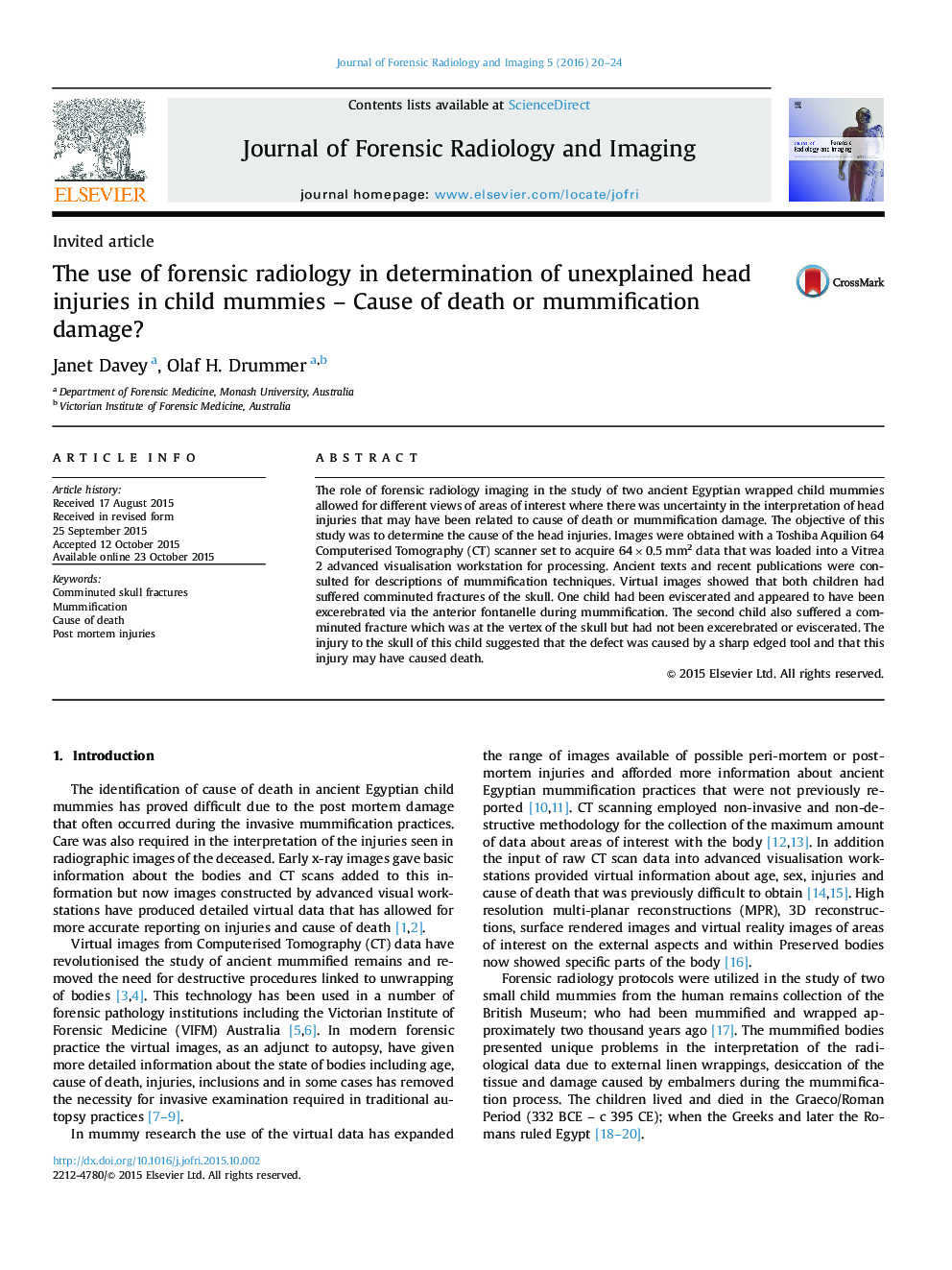 The role of forensic radiology imaging in the study of two ancient Egyptian wrapped child mummies allowed for different views of areas of interest where there was uncertainty in the interpretation of head injuries that may have been related to cause of death or mummification damage. The objective of this study was to determine the cause of the head injuries. Images were obtained with a Toshiba Aquilion 64 Computerised Tomography (CT) scanner set to acquire 64×0.5 mm2 data that was loaded into a Vitrea 2 advanced visualisation workstation for processing. Ancient texts and recent publications were consulted for descriptions of mummification techniques. Virtual images showed that both children had suffered comminuted fractures of the skull. One child had been eviscerated and appeared to have been excerebrated via the anterior fontanelle during mummification. The second child also suffered a comminuted fracture which was at the vertex of the skull but had not been excerebrated or eviscerated. The injury to the skull of this child suggested that the defect was caused by a sharp edged tool and that this injury may have caused death.