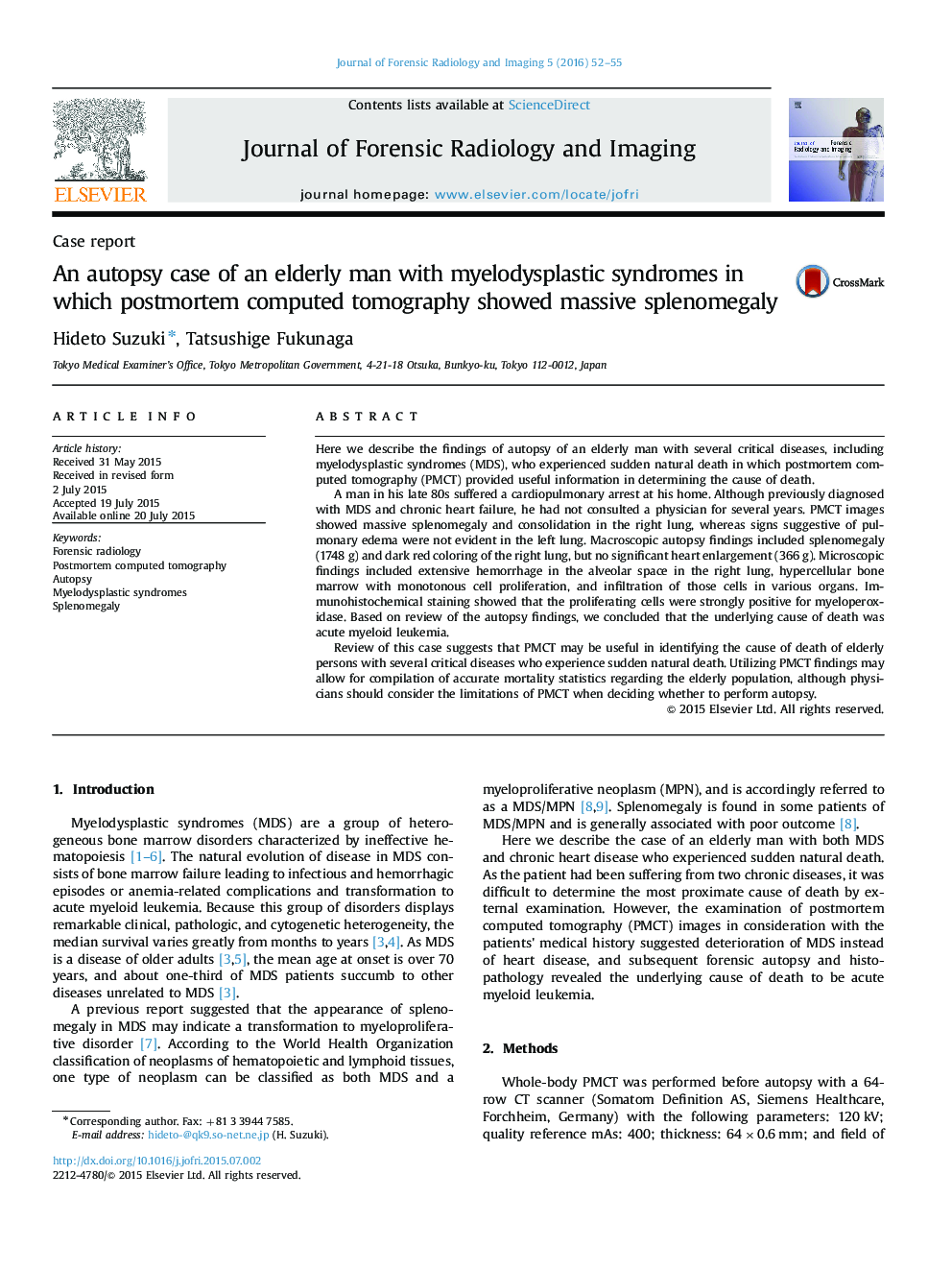 • A sudden natural death of an elderly person with MDS and other diseases.
• Review of the PMCT findings revealed massive splenomegaly and other conditions.
• Autopsy revealed the underlying cause of death was acute leukemia.
• PMCT may be useful in detecting cause of death in the elderly with several diseases.

Here we describe the findings of autopsy of an elderly man with several critical diseases, including myelodysplastic syndromes (MDS), who experienced sudden natural death in which postmortem computed tomography (PMCT) provided useful information in determining the cause of death.A man in his late 80s suffered a cardiopulmonary arrest at his home. Although previously diagnosed with MDS and chronic heart failure, he had not consulted a physician for several years. PMCT images showed massive splenomegaly and consolidation in the right lung, whereas signs suggestive of pulmonary edema were not evident in the left lung. Macroscopic autopsy findings included splenomegaly (1748 g) and dark red coloring of the right lung, but no significant heart enlargement (366 g). Microscopic findings included extensive hemorrhage in the alveolar space in the right lung, hypercellular bone marrow with monotonous cell proliferation, and infiltration of those cells in various organs. Immunohistochemical staining showed that the proliferating cells were strongly positive for myeloperoxidase. Based on review of the autopsy findings, we concluded that the underlying cause of death was acute myeloid leukemia.Review of this case suggests that PMCT may be useful in identifying the cause of death of elderly persons with several critical diseases who experience sudden natural death. Utilizing PMCT findings may allow for compilation of accurate mortality statistics regarding the elderly population, although physicians should consider the limitations of PMCT when deciding whether to perform autopsy.