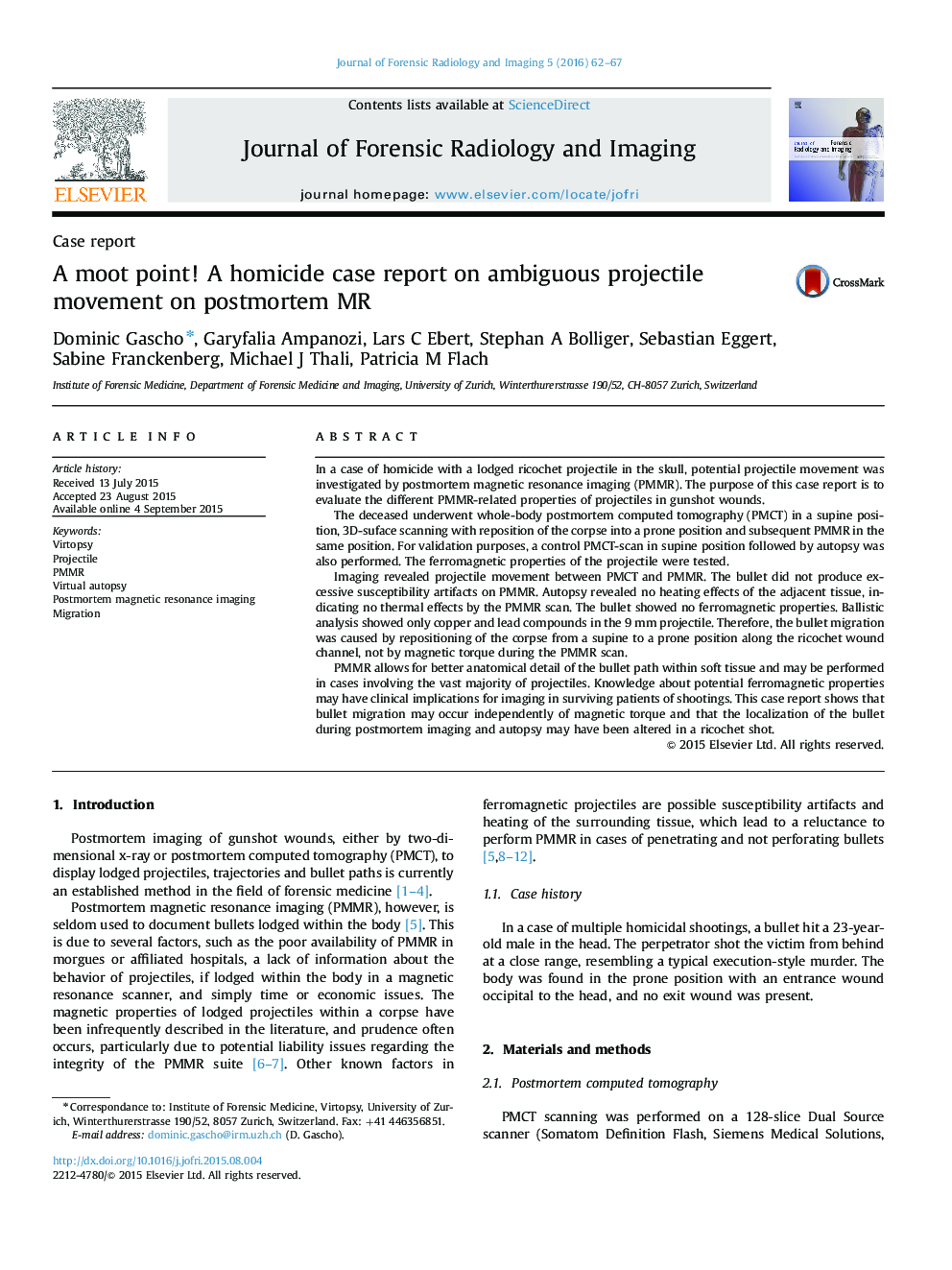 In a case of homicide with a lodged ricochet projectile in the skull, potential projectile movement was investigated by postmortem magnetic resonance imaging (PMMR). The purpose of this case report is to evaluate the different PMMR-related properties of projectiles in gunshot wounds.The deceased underwent whole-body postmortem computed tomography (PMCT) in a supine position, 3D-suface scanning with reposition of the corpse into a prone position and subsequent PMMR in the same position. For validation purposes, a control PMCT-scan in supine position followed by autopsy was also performed. The ferromagnetic properties of the projectile were tested.Imaging revealed projectile movement between PMCT and PMMR. The bullet did not produce excessive susceptibility artifacts on PMMR. Autopsy revealed no heating effects of the adjacent tissue, indicating no thermal effects by the PMMR scan. The bullet showed no ferromagnetic properties. Ballistic analysis showed only copper and lead compounds in the 9 mm projectile. Therefore, the bullet migration was caused by repositioning of the corpse from a supine to a prone position along the ricochet wound channel, not by magnetic torque during the PMMR scan.PMMR allows for better anatomical detail of the bullet path within soft tissue and may be performed in cases involving the vast majority of projectiles. Knowledge about potential ferromagnetic properties may have clinical implications for imaging in surviving patients of shootings. This case report shows that bullet migration may occur independently of magnetic torque and that the localization of the bullet during postmortem imaging and autopsy may have been altered in a ricochet shot.