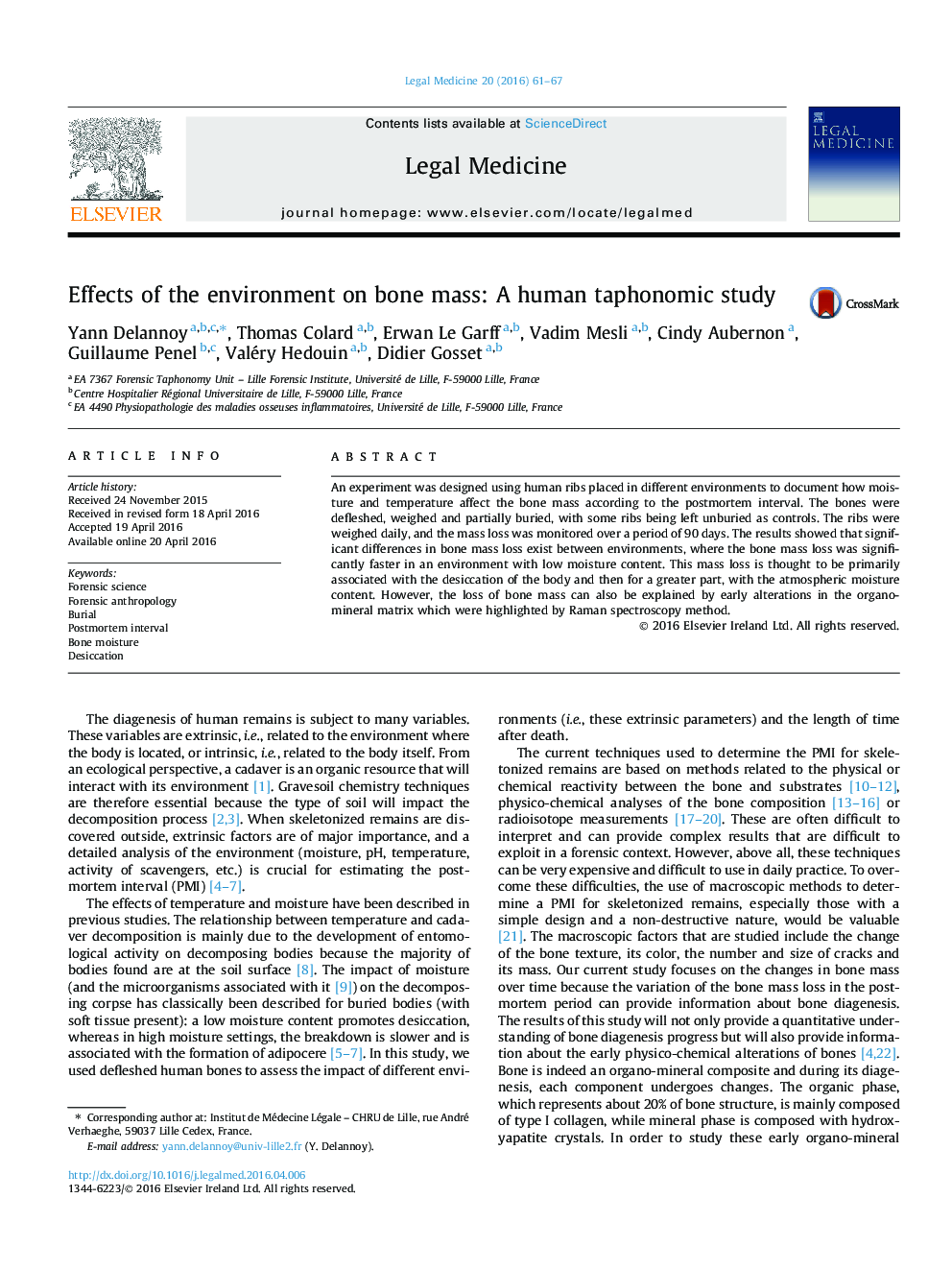 An experiment was designed using human ribs placed in different environments to document how moisture and temperature affect the bone mass according to the postmortem interval. The bones were defleshed, weighed and partially buried, with some ribs being left unburied as controls. The ribs were weighed daily, and the mass loss was monitored over a period of 90 days. The results showed that significant differences in bone mass loss exist between environments, where the bone mass loss was significantly faster in an environment with low moisture content. This mass loss is thought to be primarily associated with the desiccation of the body and then for a greater part, with the atmospheric moisture content. However, the loss of bone mass can also be explained by early alterations in the organo-mineral matrix which were highlighted by Raman spectroscopy method.