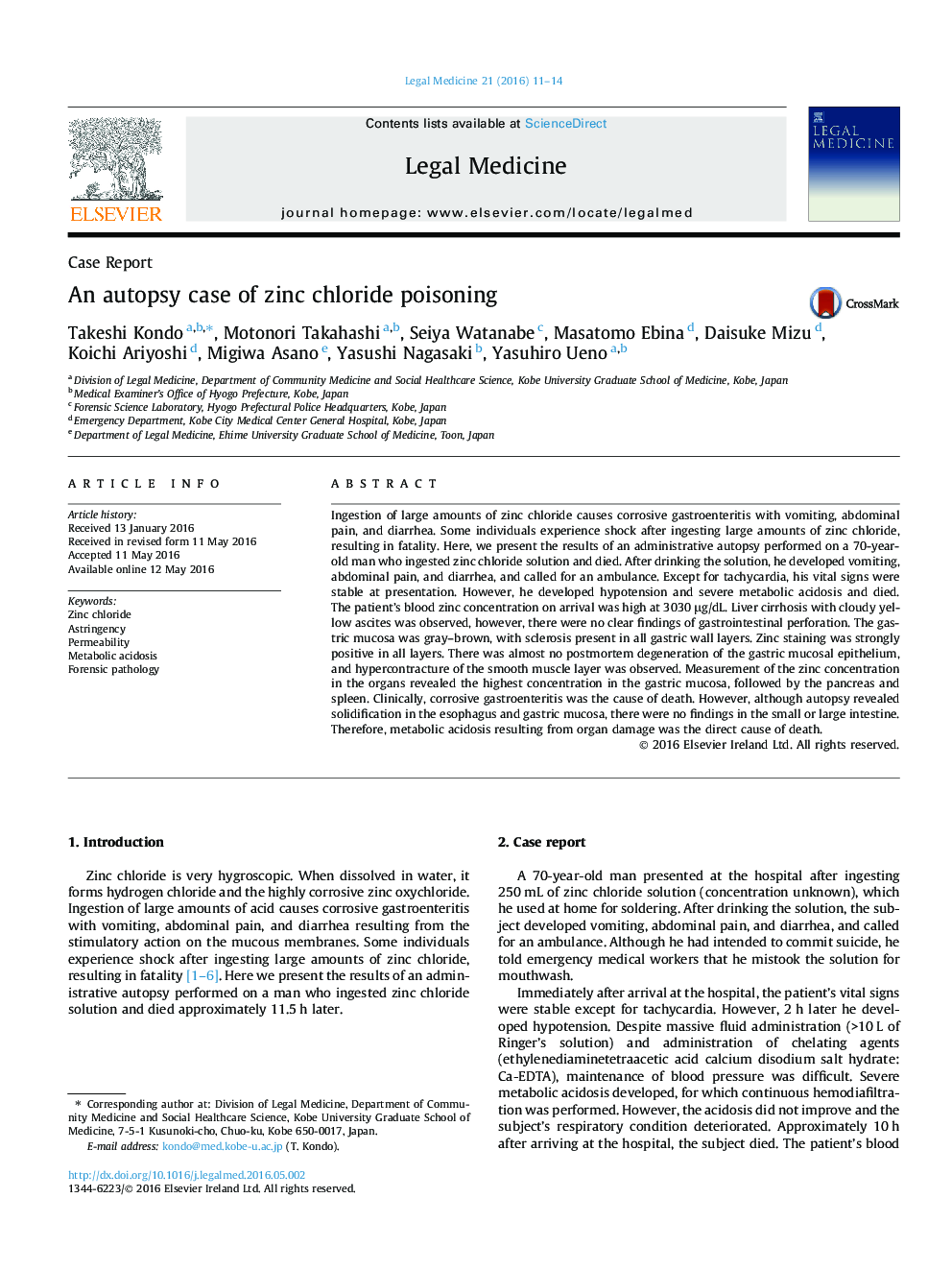 • An autopsy case of zinc chloride intoxication is presented.
• Zinc chloride ingestion caused corrosive injuries in the gastrointestinal tract.
• Dithizone staining of the stomach showed strong permeation of zinc chloride.
• Metabolic acidosis resulting from organ damage was the direct cause of death.

Ingestion of large amounts of zinc chloride causes corrosive gastroenteritis with vomiting, abdominal pain, and diarrhea. Some individuals experience shock after ingesting large amounts of zinc chloride, resulting in fatality. Here, we present the results of an administrative autopsy performed on a 70-year-old man who ingested zinc chloride solution and died. After drinking the solution, he developed vomiting, abdominal pain, and diarrhea, and called for an ambulance. Except for tachycardia, his vital signs were stable at presentation. However, he developed hypotension and severe metabolic acidosis and died. The patient’s blood zinc concentration on arrival was high at 3030 μg/dL. Liver cirrhosis with cloudy yellow ascites was observed, however, there were no clear findings of gastrointestinal perforation. The gastric mucosa was gray–brown, with sclerosis present in all gastric wall layers. Zinc staining was strongly positive in all layers. There was almost no postmortem degeneration of the gastric mucosal epithelium, and hypercontracture of the smooth muscle layer was observed. Measurement of the zinc concentration in the organs revealed the highest concentration in the gastric mucosa, followed by the pancreas and spleen. Clinically, corrosive gastroenteritis was the cause of death. However, although autopsy revealed solidification in the esophagus and gastric mucosa, there were no findings in the small or large intestine. Therefore, metabolic acidosis resulting from organ damage was the direct cause of death.