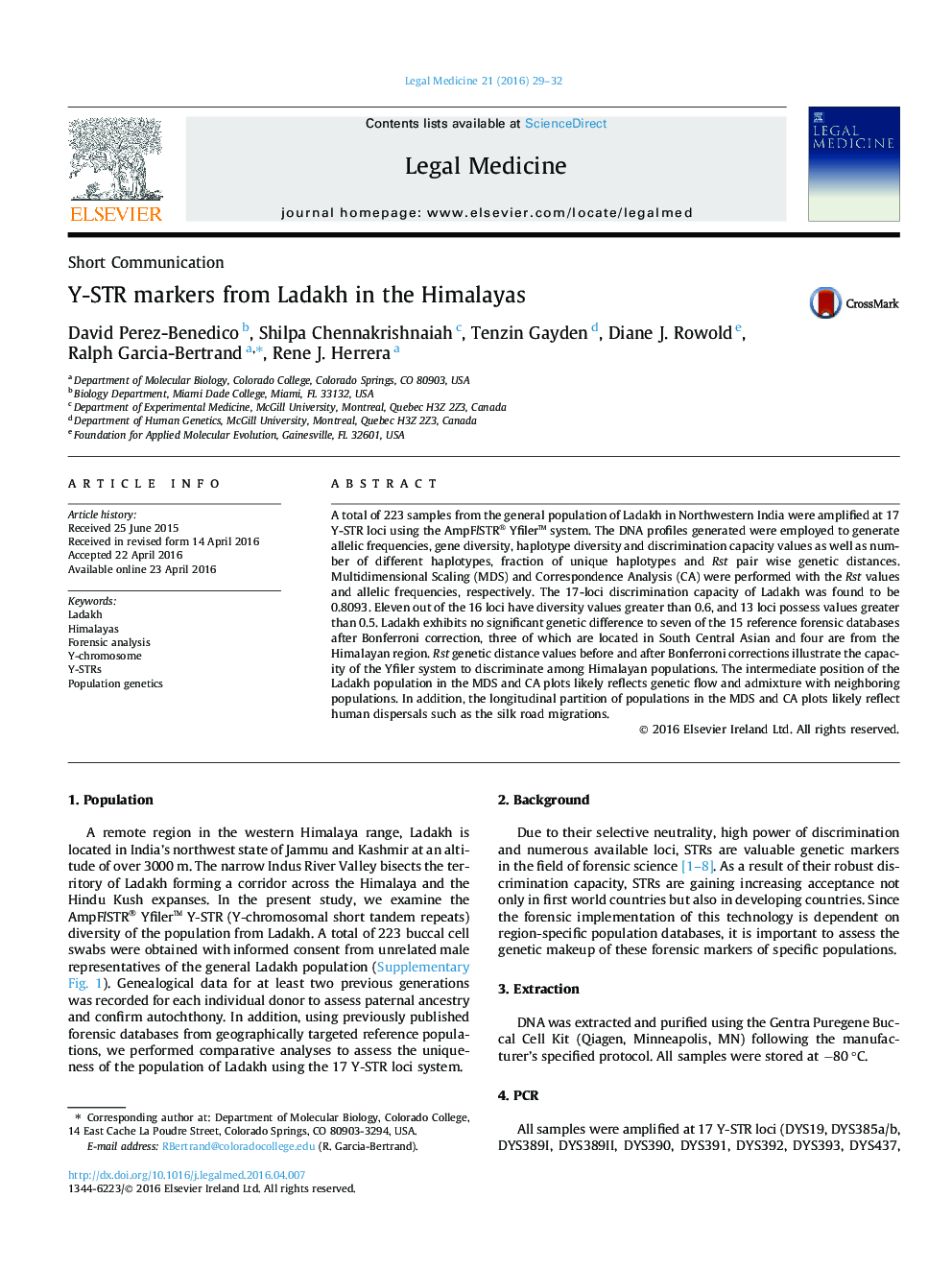 A total of 223 samples from the general population of Ladakh in Northwestern India were amplified at 17 Y-STR loci using the AmpFlSTR® Yfiler™ system. The DNA profiles generated were employed to generate allelic frequencies, gene diversity, haplotype diversity and discrimination capacity values as well as number of different haplotypes, fraction of unique haplotypes and Rst pair wise genetic distances. Multidimensional Scaling (MDS) and Correspondence Analysis (CA) were performed with the Rst values and allelic frequencies, respectively. The 17-loci discrimination capacity of Ladakh was found to be 0.8093. Eleven out of the 16 loci have diversity values greater than 0.6, and 13 loci possess values greater than 0.5. Ladakh exhibits no significant genetic difference to seven of the 15 reference forensic databases after Bonferroni correction, three of which are located in South Central Asian and four are from the Himalayan region. Rst genetic distance values before and after Bonferroni corrections illustrate the capacity of the Yfiler system to discriminate among Himalayan populations. The intermediate position of the Ladakh population in the MDS and CA plots likely reflects genetic flow and admixture with neighboring populations. In addition, the longitudinal partition of populations in the MDS and CA plots likely reflect human dispersals such as the silk road migrations.