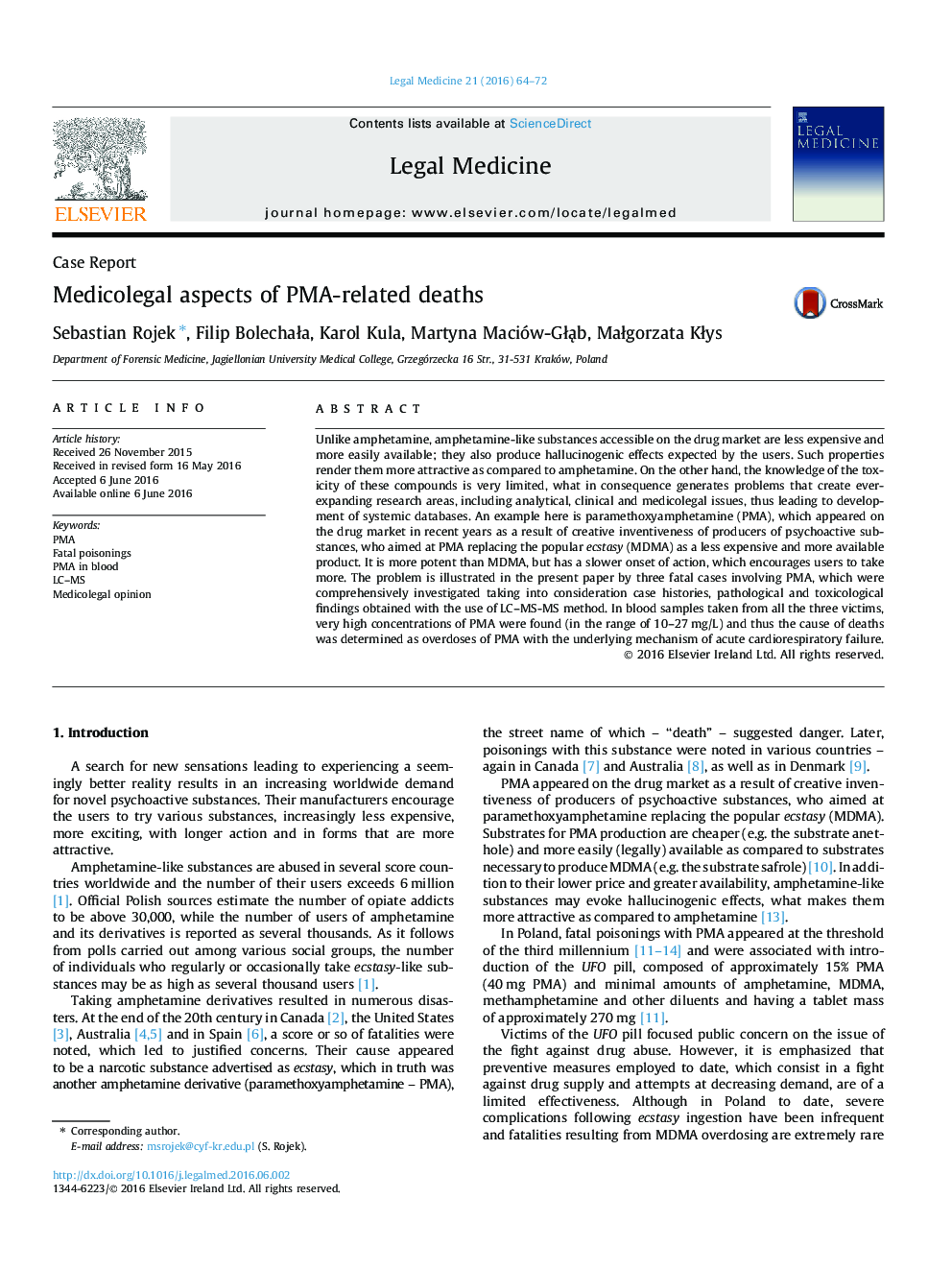 Unlike amphetamine, amphetamine-like substances accessible on the drug market are less expensive and more easily available; they also produce hallucinogenic effects expected by the users. Such properties render them more attractive as compared to amphetamine. On the other hand, the knowledge of the toxicity of these compounds is very limited, what in consequence generates problems that create ever-expanding research areas, including analytical, clinical and medicolegal issues, thus leading to development of systemic databases. An example here is paramethoxyamphetamine (PMA), which appeared on the drug market in recent years as a result of creative inventiveness of producers of psychoactive substances, who aimed at PMA replacing the popular ecstasy (MDMA) as a less expensive and more available product. It is more potent than MDMA, but has a slower onset of action, which encourages users to take more. The problem is illustrated in the present paper by three fatal cases involving PMA, which were comprehensively investigated taking into consideration case histories, pathological and toxicological findings obtained with the use of LC–MS-MS method. In blood samples taken from all the three victims, very high concentrations of PMA were found (in the range of 10–27 mg/L) and thus the cause of deaths was determined as overdoses of PMA with the underlying mechanism of acute cardiorespiratory failure.