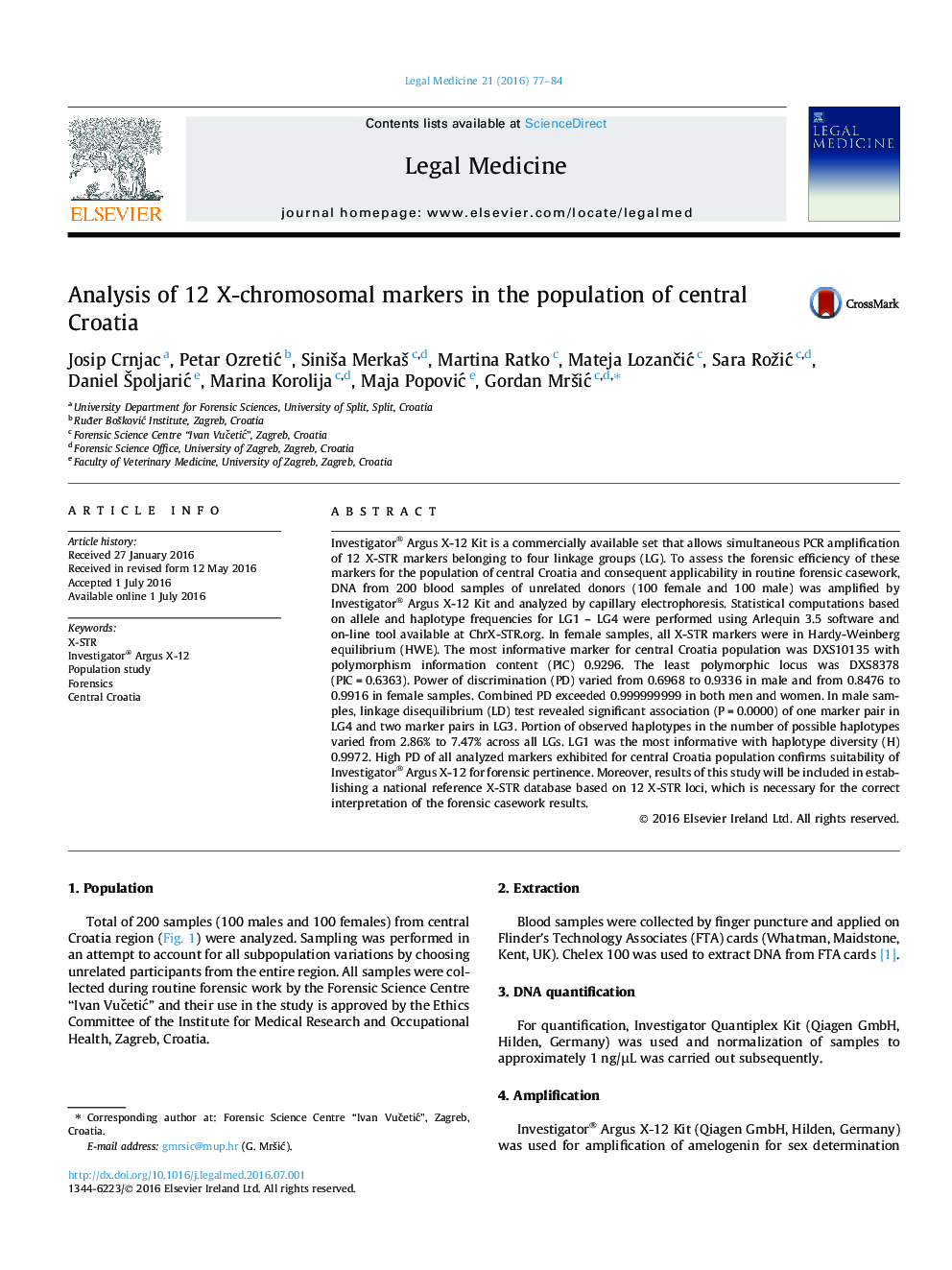 Investigator® Argus X-12 Kit is a commercially available set that allows simultaneous PCR amplification of 12 X-STR markers belonging to four linkage groups (LG). To assess the forensic efficiency of these markers for the population of central Croatia and consequent applicability in routine forensic casework, DNA from 200 blood samples of unrelated donors (100 female and 100 male) was amplified by Investigator® Argus X-12 Kit and analyzed by capillary electrophoresis. Statistical computations based on allele and haplotype frequencies for LG1 – LG4 were performed using Arlequin 3.5 software and on-line tool available at ChrX-STR.org. In female samples, all X-STR markers were in Hardy-Weinberg equilibrium (HWE). The most informative marker for central Croatia population was DXS10135 with polymorphism information content (PIC) 0.9296. The least polymorphic locus was DXS8378 (PIC = 0.6363). Power of discrimination (PD) varied from 0.6968 to 0.9336 in male and from 0.8476 to 0.9916 in female samples. Combined PD exceeded 0.999999999 in both men and women. In male samples, linkage disequilibrium (LD) test revealed significant association (P = 0.0000) of one marker pair in LG4 and two marker pairs in LG3. Portion of observed haplotypes in the number of possible haplotypes varied from 2.86% to 7.47% across all LGs. LG1 was the most informative with haplotype diversity (H) 0.9972. High PD of all analyzed markers exhibited for central Croatia population confirms suitability of Investigator® Argus X-12 for forensic pertinence. Moreover, results of this study will be included in establishing a national reference X-STR database based on 12 X-STR loci, which is necessary for the correct interpretation of the forensic casework results.