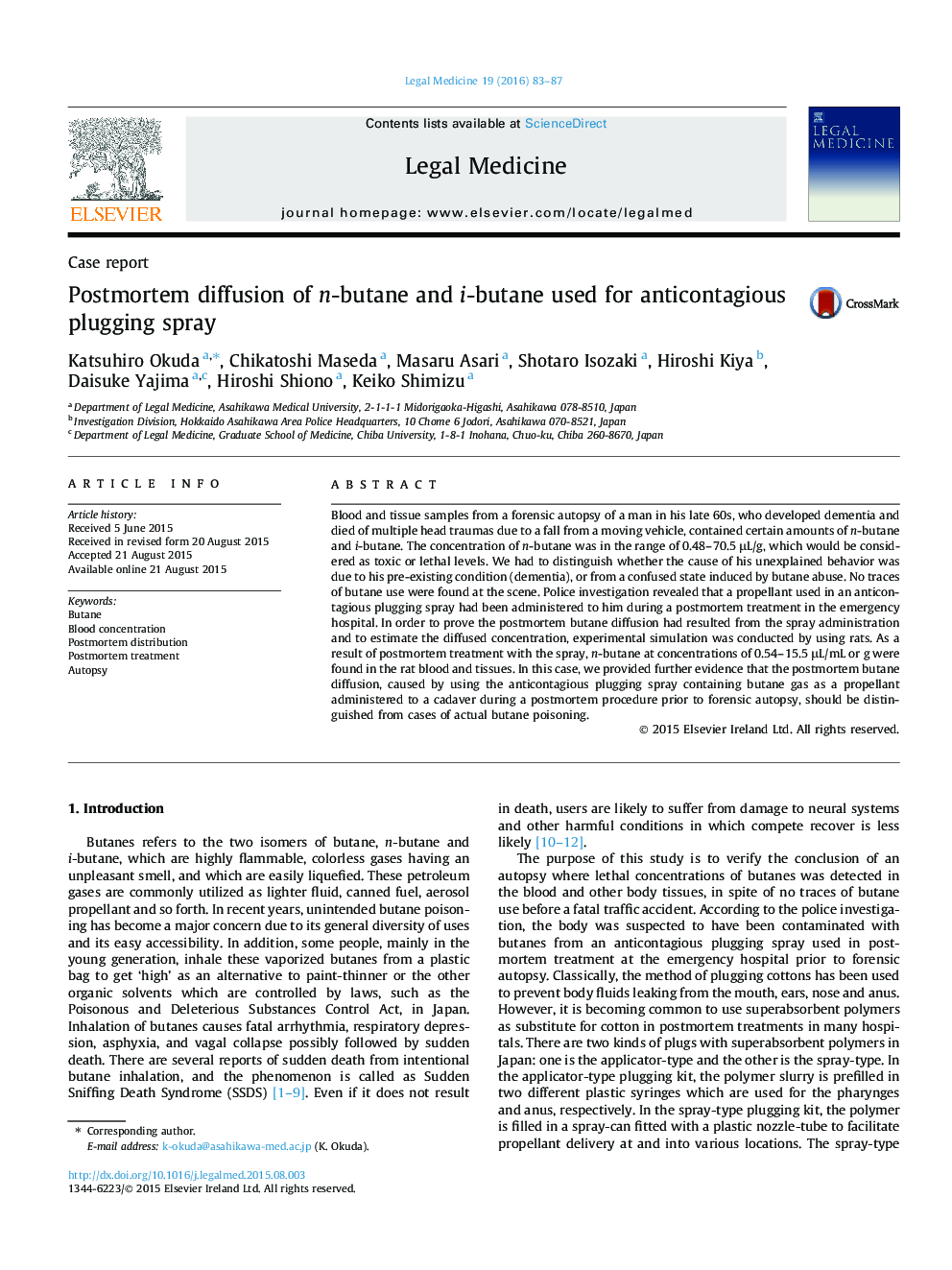 • A man died of multiple head traumas due to a fall from a moving vehicle.
• Blood and tissue samples of the man contained certain amounts of butanes.
• Police investigation revealed that an anticontagious spray administered to him.
• Experimental simulation by using rats proved the postmortem butane diffusion.
• Postmortem butane diffusion should be distinguished from actual butane poisoning.

Blood and tissue samples from a forensic autopsy of a man in his late 60s, who developed dementia and died of multiple head traumas due to a fall from a moving vehicle, contained certain amounts of n-butane and i-butane. The concentration of n-butane was in the range of 0.48–70.5 μL/g, which would be considered as toxic or lethal levels. We had to distinguish whether the cause of his unexplained behavior was due to his pre-existing condition (dementia), or from a confused state induced by butane abuse. No traces of butane use were found at the scene. Police investigation revealed that a propellant used in an anticontagious plugging spray had been administered to him during a postmortem treatment in the emergency hospital. In order to prove the postmortem butane diffusion had resulted from the spray administration and to estimate the diffused concentration, experimental simulation was conducted by using rats. As a result of postmortem treatment with the spray, n-butane at concentrations of 0.54–15.5 μL/mL or g were found in the rat blood and tissues. In this case, we provided further evidence that the postmortem butane diffusion, caused by using the anticontagious plugging spray containing butane gas as a propellant administered to a cadaver during a postmortem procedure prior to forensic autopsy, should be distinguished from cases of actual butane poisoning.