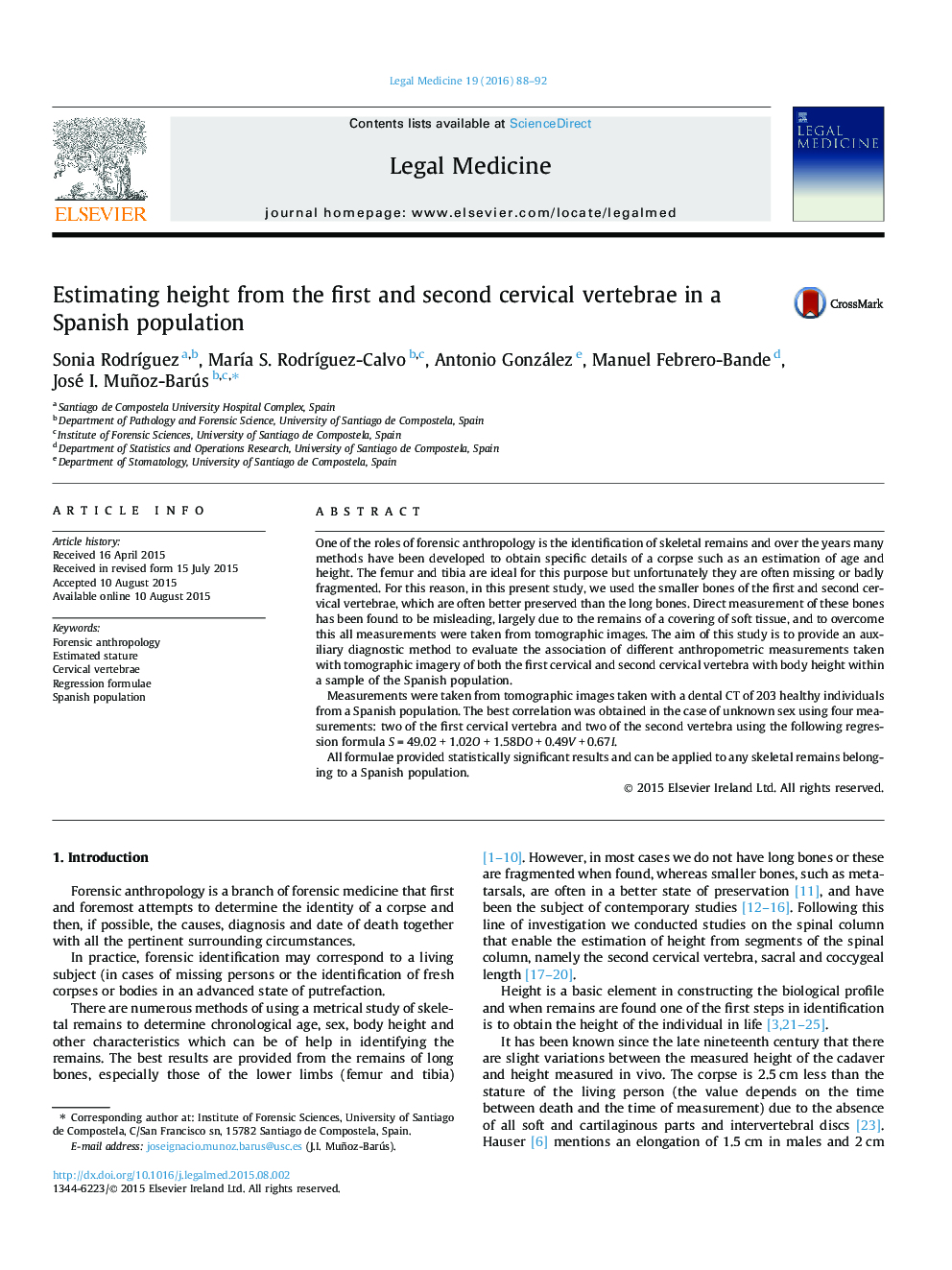 • This is the first time that a study using the first cervical vertebrae to estimate height has been presented.
• The measurements in C1 and C2 were made on images taken with dental TC tomography.
• Regression formulae are given for a Spanish population.

One of the roles of forensic anthropology is the identification of skeletal remains and over the years many methods have been developed to obtain specific details of a corpse such as an estimation of age and height. The femur and tibia are ideal for this purpose but unfortunately they are often missing or badly fragmented. For this reason, in this present study, we used the smaller bones of the first and second cervical vertebrae, which are often better preserved than the long bones. Direct measurement of these bones has been found to be misleading, largely due to the remains of a covering of soft tissue, and to overcome this all measurements were taken from tomographic images. The aim of this study is to provide an auxiliary diagnostic method to evaluate the association of different anthropometric measurements taken with tomographic imagery of both the first cervical and second cervical vertebra with body height within a sample of the Spanish population.Measurements were taken from tomographic images taken with a dental CT of 203 healthy individuals from a Spanish population. The best correlation was obtained in the case of unknown sex using four measurements: two of the first cervical vertebra and two of the second vertebra using the following regression formula S = 49.02 + 1.02O + 1.58DO + 0.49V + 0.67I.All formulae provided statistically significant results and can be applied to any skeletal remains belonging to a Spanish population.