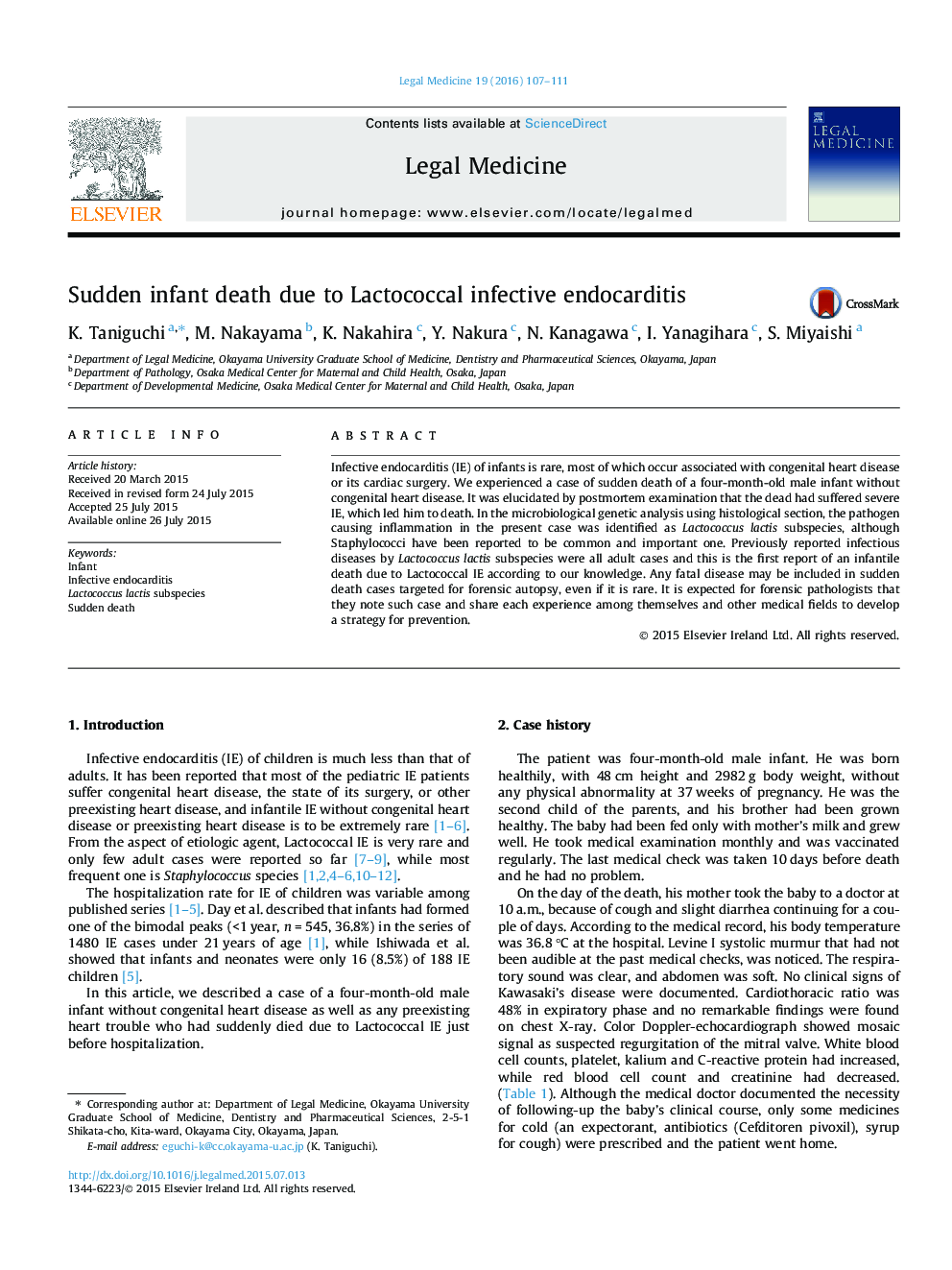 Infective endocarditis (IE) of infants is rare, most of which occur associated with congenital heart disease or its cardiac surgery. We experienced a case of sudden death of a four-month-old male infant without congenital heart disease. It was elucidated by postmortem examination that the dead had suffered severe IE, which led him to death. In the microbiological genetic analysis using histological section, the pathogen causing inflammation in the present case was identified as Lactococcus lactis subspecies, although Staphylococci have been reported to be common and important one. Previously reported infectious diseases by Lactococcus lactis subspecies were all adult cases and this is the first report of an infantile death due to Lactococcal IE according to our knowledge. Any fatal disease may be included in sudden death cases targeted for forensic autopsy, even if it is rare. It is expected for forensic pathologists that they note such case and share each experience among themselves and other medical fields to develop a strategy for prevention.