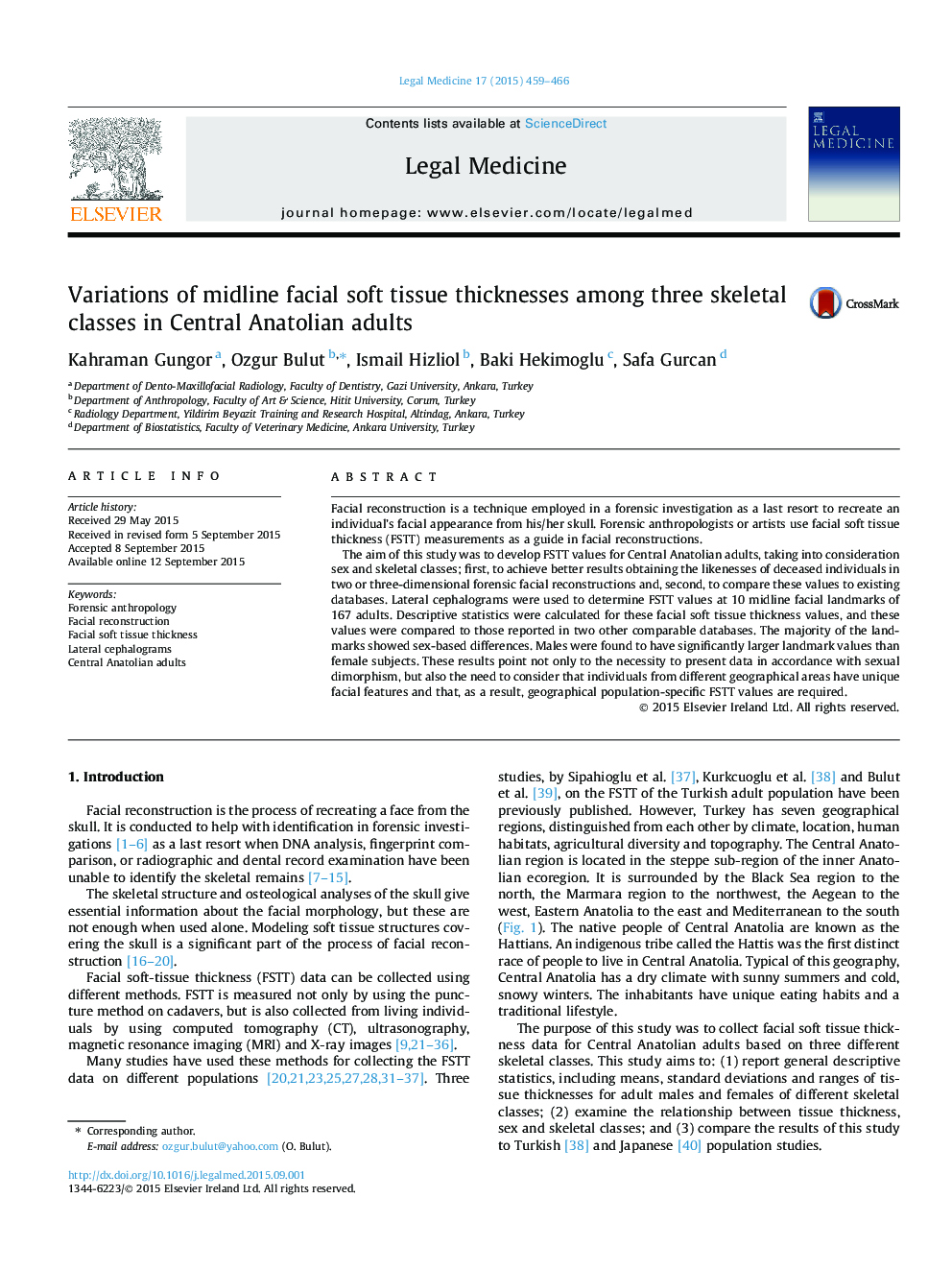 Facial reconstruction is a technique employed in a forensic investigation as a last resort to recreate an individual’s facial appearance from his/her skull. Forensic anthropologists or artists use facial soft tissue thickness (FSTT) measurements as a guide in facial reconstructions.The aim of this study was to develop FSTT values for Central Anatolian adults, taking into consideration sex and skeletal classes; first, to achieve better results obtaining the likenesses of deceased individuals in two or three-dimensional forensic facial reconstructions and, second, to compare these values to existing databases. Lateral cephalograms were used to determine FSTT values at 10 midline facial landmarks of 167 adults. Descriptive statistics were calculated for these facial soft tissue thickness values, and these values were compared to those reported in two other comparable databases. The majority of the landmarks showed sex-based differences. Males were found to have significantly larger landmark values than female subjects. These results point not only to the necessity to present data in accordance with sexual dimorphism, but also the need to consider that individuals from different geographical areas have unique facial features and that, as a result, geographical population-specific FSTT values are required.