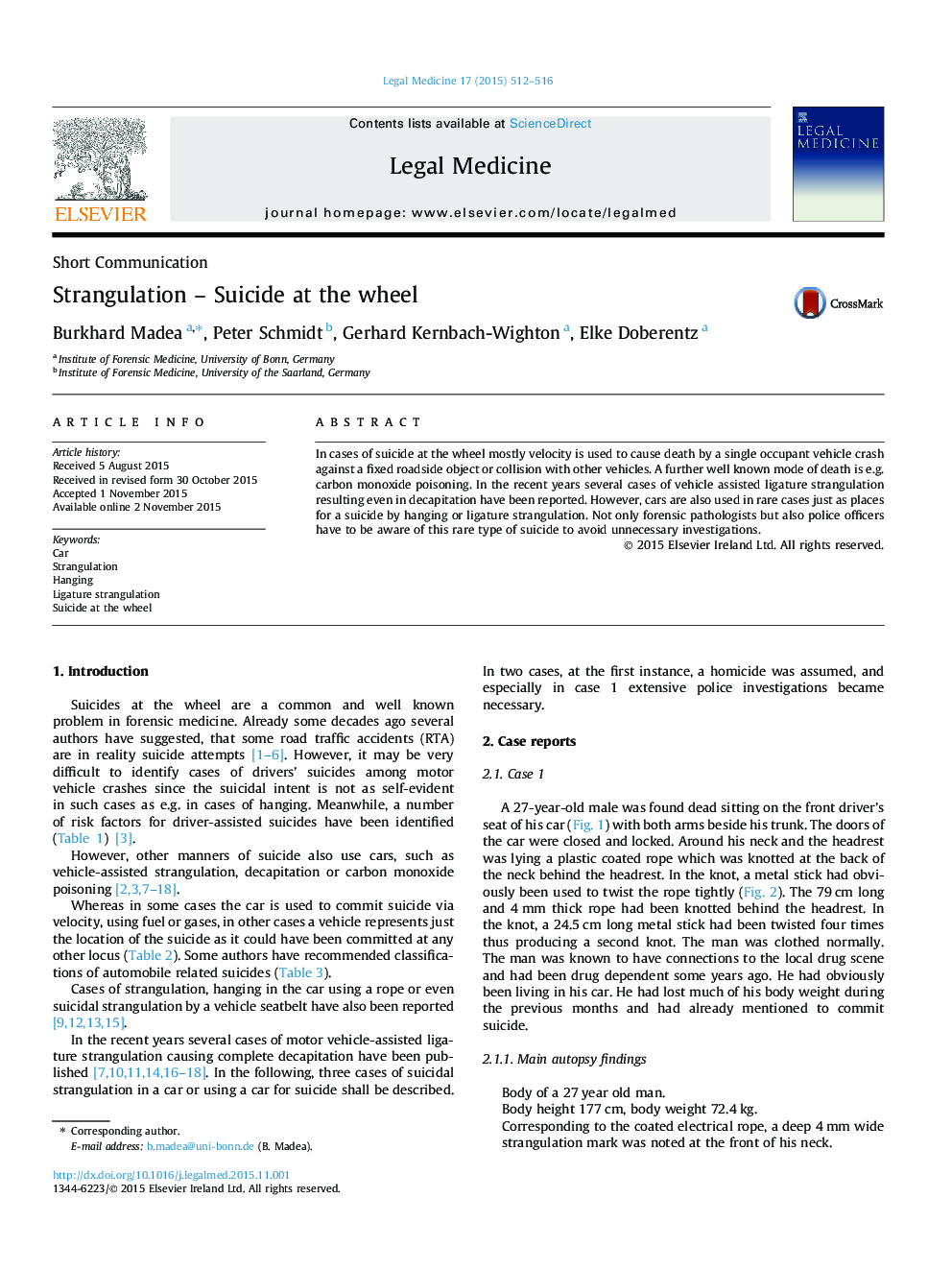 In cases of suicide at the wheel mostly velocity is used to cause death by a single occupant vehicle crash against a fixed roadside object or collision with other vehicles. A further well known mode of death is e.g. carbon monoxide poisoning. In the recent years several cases of vehicle assisted ligature strangulation resulting even in decapitation have been reported. However, cars are also used in rare cases just as places for a suicide by hanging or ligature strangulation. Not only forensic pathologists but also police officers have to be aware of this rare type of suicide to avoid unnecessary investigations.

Rope behind the headrest and metal stick within the knot.Figure optionsDownload high-quality image (94 K)Download as PowerPoint slide