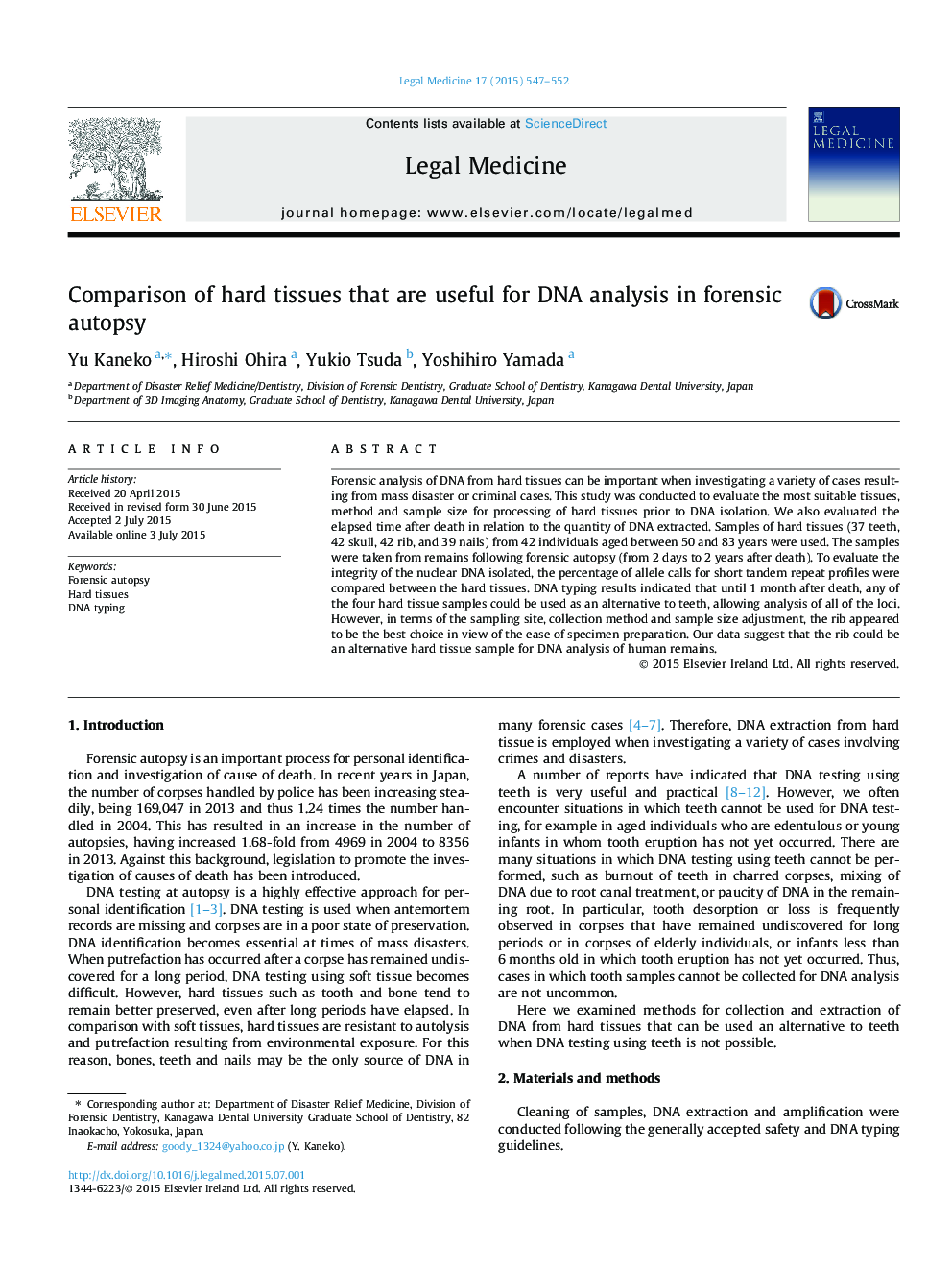 • We often encounter situations in which teeth cannot be used for DNA testing.
• We examined 52 hard tissue samples (13 teeth, 13 nails, 13 skull and 13 rib).
• Tooth and skull samples had a tendency to have a very low DNA concentration beyond 1 month after death.
• STR analysis of 52 samples were possible for all of the loci using four types of hard tissue.
• In DNA testing, ribs are the easiest to handle and could be an alternative hard tissue sample.

Forensic analysis of DNA from hard tissues can be important when investigating a variety of cases resulting from mass disaster or criminal cases. This study was conducted to evaluate the most suitable tissues, method and sample size for processing of hard tissues prior to DNA isolation. We also evaluated the elapsed time after death in relation to the quantity of DNA extracted. Samples of hard tissues (37 teeth, 42 skull, 42 rib, and 39 nails) from 42 individuals aged between 50 and 83 years were used. The samples were taken from remains following forensic autopsy (from 2 days to 2 years after death). To evaluate the integrity of the nuclear DNA isolated, the percentage of allele calls for short tandem repeat profiles were compared between the hard tissues. DNA typing results indicated that until 1 month after death, any of the four hard tissue samples could be used as an alternative to teeth, allowing analysis of all of the loci. However, in terms of the sampling site, collection method and sample size adjustment, the rib appeared to be the best choice in view of the ease of specimen preparation. Our data suggest that the rib could be an alternative hard tissue sample for DNA analysis of human remains.