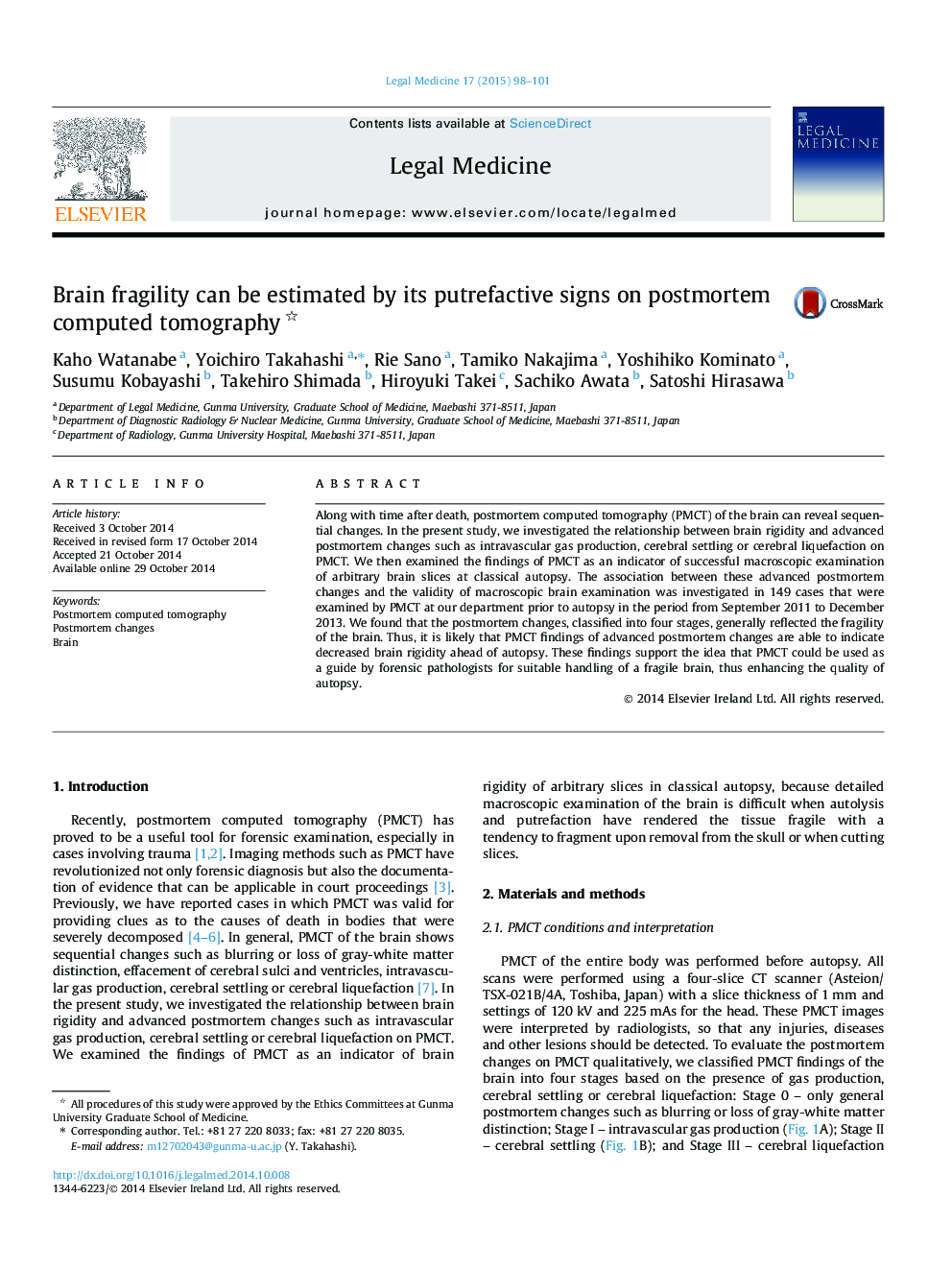 • We examined the association between PMCT findings and the brain rigidity in 149 cases.
• PMCT can estimate brain fragility prior to autopsy.
• PMCT can be an indicator of decreased brain rigidity, enhancing the autopsy quality.

Along with time after death, postmortem computed tomography (PMCT) of the brain can reveal sequential changes. In the present study, we investigated the relationship between brain rigidity and advanced postmortem changes such as intravascular gas production, cerebral settling or cerebral liquefaction on PMCT. We then examined the findings of PMCT as an indicator of successful macroscopic examination of arbitrary brain slices at classical autopsy. The association between these advanced postmortem changes and the validity of macroscopic brain examination was investigated in 149 cases that were examined by PMCT at our department prior to autopsy in the period from September 2011 to December 2013. We found that the postmortem changes, classified into four stages, generally reflected the fragility of the brain. Thus, it is likely that PMCT findings of advanced postmortem changes are able to indicate decreased brain rigidity ahead of autopsy. These findings support the idea that PMCT could be used as a guide by forensic pathologists for suitable handling of a fragile brain, thus enhancing the quality of autopsy.