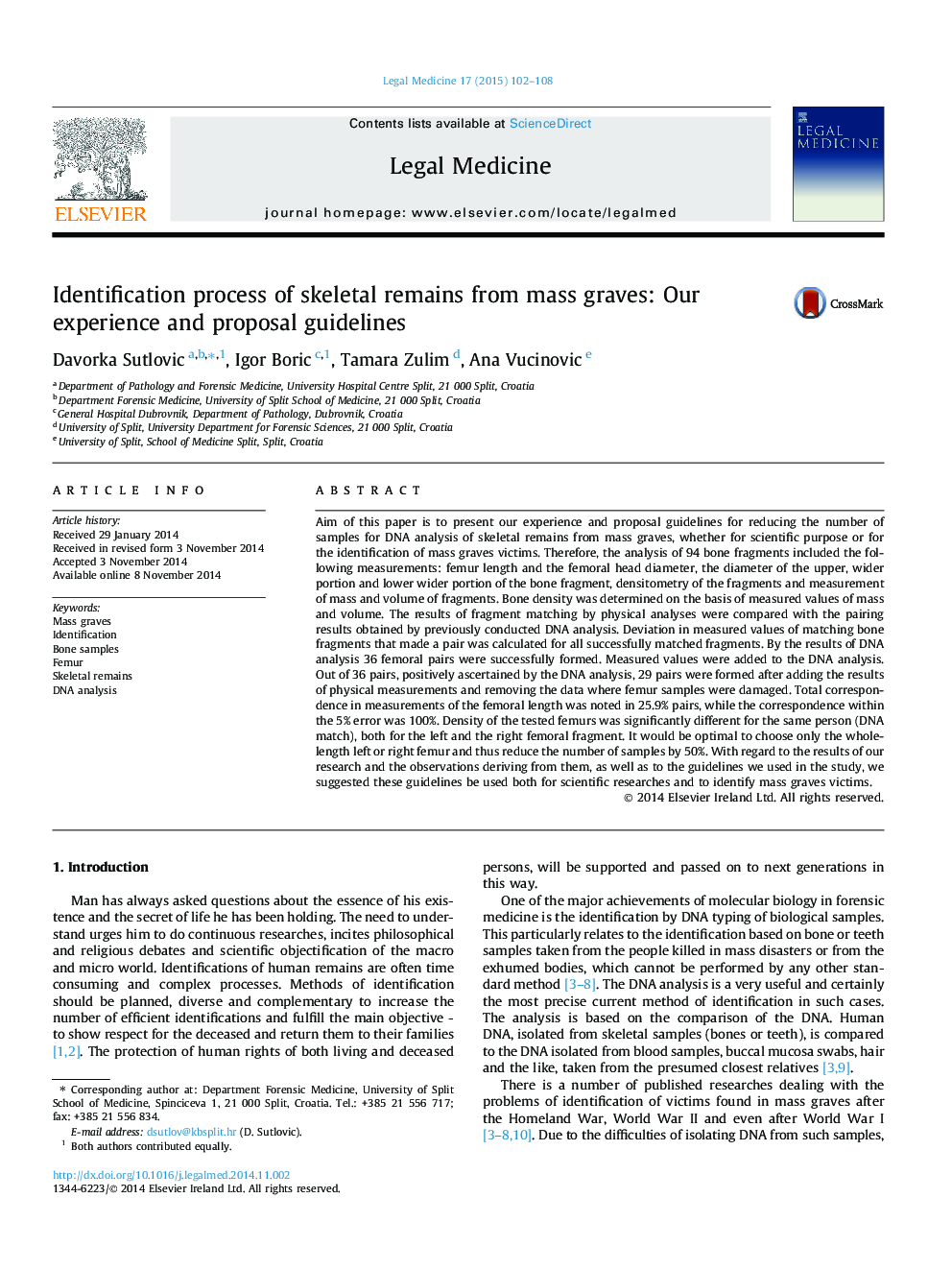 • Proposal guidelines for scientific researches and to identify mass graves victims.
• Identification process of skeletal remains.
• What else except the DNA analysis?

Aim of this paper is to present our experience and proposal guidelines for reducing the number of samples for DNA analysis of skeletal remains from mass graves, whether for scientific purpose or for the identification of mass graves victims. Therefore, the analysis of 94 bone fragments included the following measurements: femur length and the femoral head diameter, the diameter of the upper, wider portion and lower wider portion of the bone fragment, densitometry of the fragments and measurement of mass and volume of fragments. Bone density was determined on the basis of measured values of mass and volume. The results of fragment matching by physical analyses were compared with the pairing results obtained by previously conducted DNA analysis. Deviation in measured values of matching bone fragments that made a pair was calculated for all successfully matched fragments. By the results of DNA analysis 36 femoral pairs were successfully formed. Measured values were added to the DNA analysis. Out of 36 pairs, positively ascertained by the DNA analysis, 29 pairs were formed after adding the results of physical measurements and removing the data where femur samples were damaged. Total correspondence in measurements of the femoral length was noted in 25.9% pairs, while the correspondence within the 5% error was 100%. Density of the tested femurs was significantly different for the same person (DNA match), both for the left and the right femoral fragment. It would be optimal to choose only the whole-length left or right femur and thus reduce the number of samples by 50%. With regard to the results of our research and the observations deriving from them, as well as to the guidelines we used in the study, we suggested these guidelines be used both for scientific researches and to identify mass graves victims.