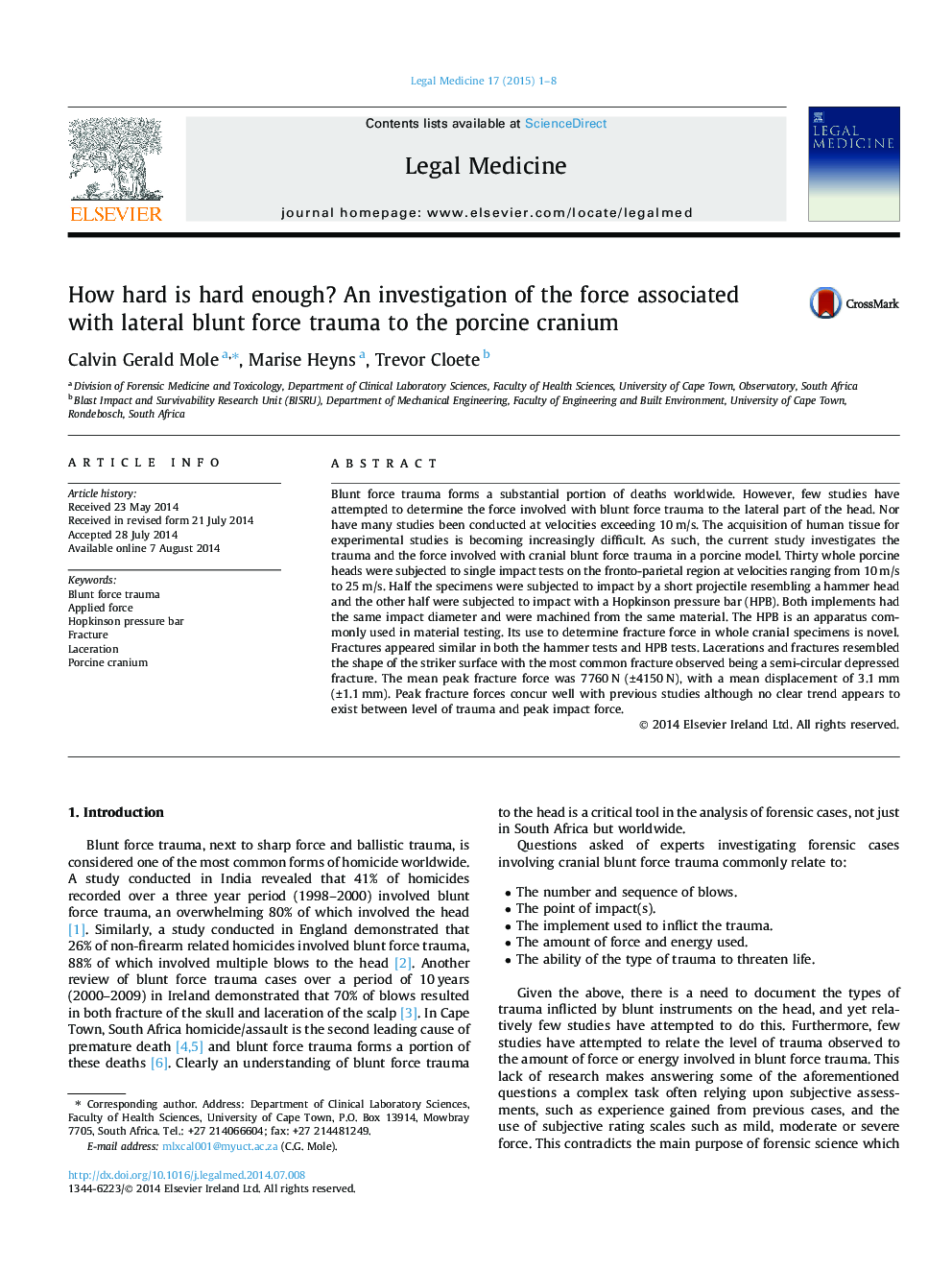 Blunt force trauma forms a substantial portion of deaths worldwide. However, few studies have attempted to determine the force involved with blunt force trauma to the lateral part of the head. Nor have many studies been conducted at velocities exceeding 10 m/s. The acquisition of human tissue for experimental studies is becoming increasingly difficult. As such, the current study investigates the trauma and the force involved with cranial blunt force trauma in a porcine model. Thirty whole porcine heads were subjected to single impact tests on the fronto-parietal region at velocities ranging from 10 m/s to 25 m/s. Half the specimens were subjected to impact by a short projectile resembling a hammer head and the other half were subjected to impact with a Hopkinson pressure bar (HPB). Both implements had the same impact diameter and were machined from the same material. The HPB is an apparatus commonly used in material testing. Its use to determine fracture force in whole cranial specimens is novel. Fractures appeared similar in both the hammer tests and HPB tests. Lacerations and fractures resembled the shape of the striker surface with the most common fracture observed being a semi-circular depressed fracture. The mean peak fracture force was 7760 N (±4150 N), with a mean displacement of 3.1 mm (±1.1 mm). Peak fracture forces concur well with previous studies although no clear trend appears to exist between level of trauma and peak impact force.