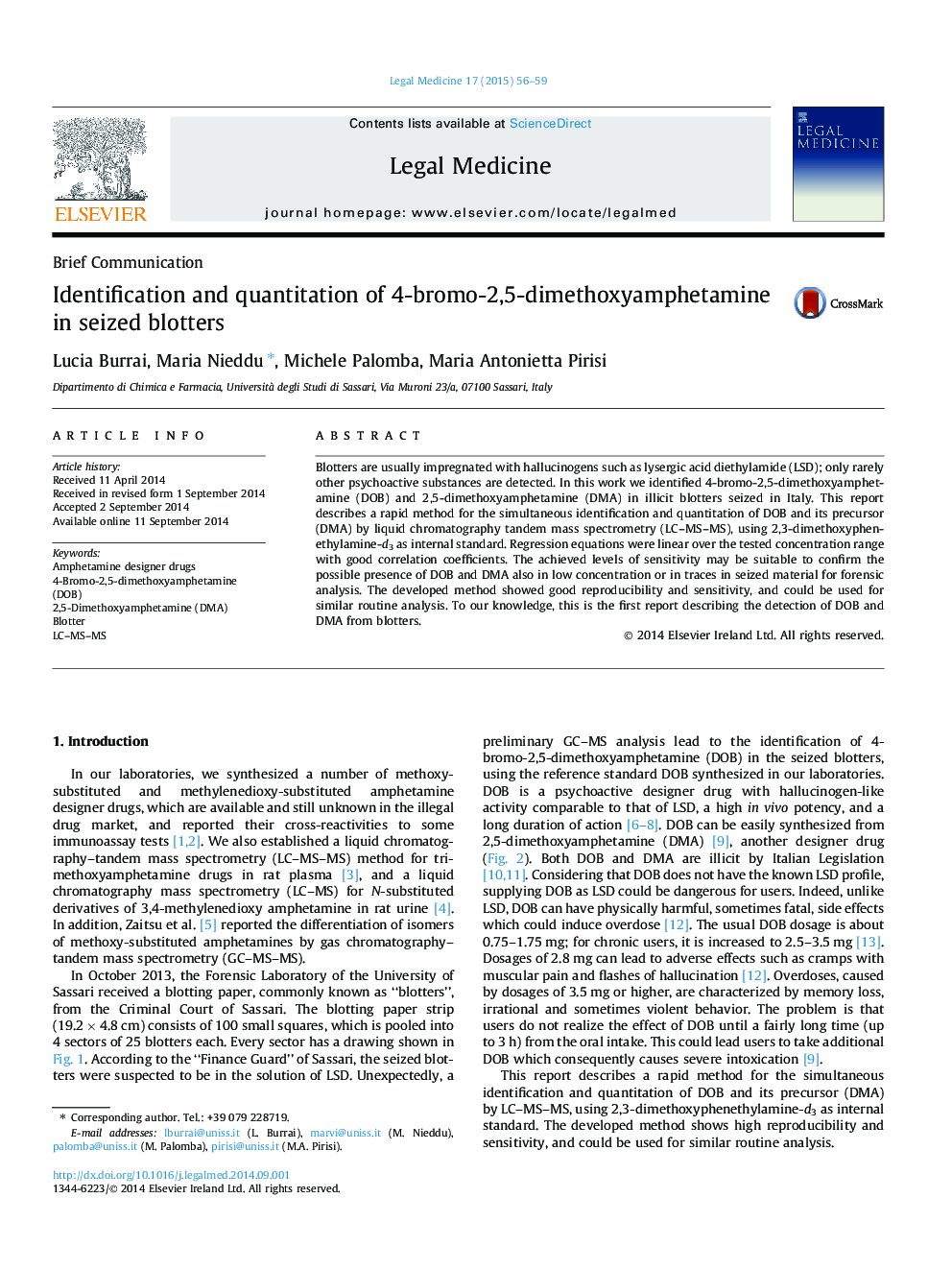 • Usually blotters are soaked in solution of LSD.
• Misrepresentation of DOB as LSD is very dangerous for users.
• DOB does not have the known LSD profile.
• DOB can be easily synthesized from DMA, another abused designer drug.
• DOB and DMA are officially considered illicit by Italian Legislation.

Blotters are usually impregnated with hallucinogens such as lysergic acid diethylamide (LSD); only rarely other psychoactive substances are detected. In this work we identified 4-bromo-2,5-dimethoxyamphetamine (DOB) and 2,5-dimethoxyamphetamine (DMA) in illicit blotters seized in Italy. This report describes a rapid method for the simultaneous identification and quantitation of DOB and its precursor (DMA) by liquid chromatography tandem mass spectrometry (LC–MS–MS), using 2,3-dimethoxyphenethylamine-d3 as internal standard. Regression equations were linear over the tested concentration range with good correlation coefficients. The achieved levels of sensitivity may be suitable to confirm the possible presence of DOB and DMA also in low concentration or in traces in seized material for forensic analysis. The developed method showed good reproducibility and sensitivity, and could be used for similar routine analysis. To our knowledge, this is the first report describing the detection of DOB and DMA from blotters.