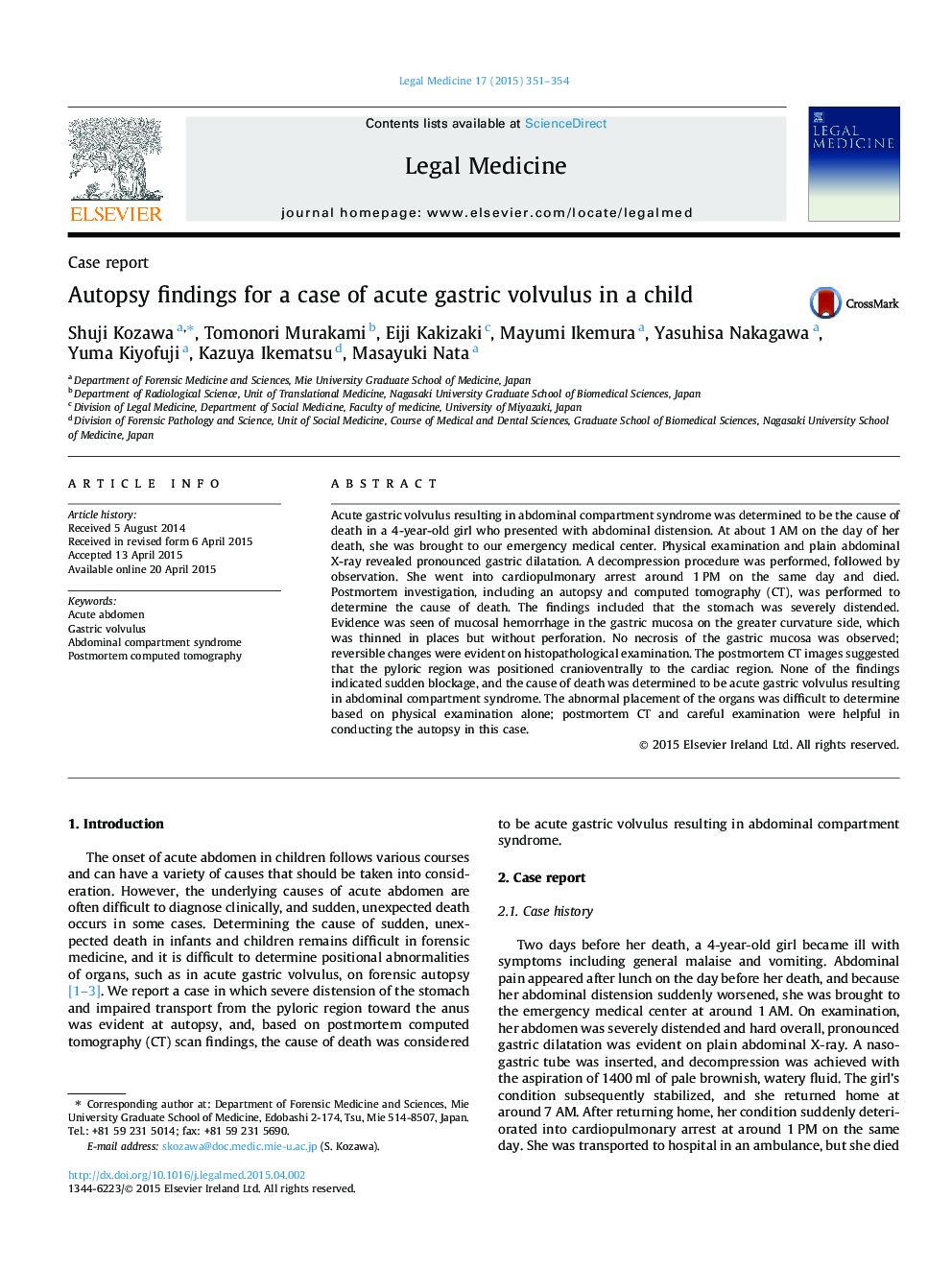 • We report a case of sudden death due to acute abdomen by acute gastric volvulus.
• The positional abnormality of the organs was difficult to determine by autopsy alone.
• We found aware of both the necessity of careful autopsy and the value of CT.

Acute gastric volvulus resulting in abdominal compartment syndrome was determined to be the cause of death in a 4-year-old girl who presented with abdominal distension. At about 1 AM on the day of her death, she was brought to our emergency medical center. Physical examination and plain abdominal X-ray revealed pronounced gastric dilatation. A decompression procedure was performed, followed by observation. She went into cardiopulmonary arrest around 1 PM on the same day and died. Postmortem investigation, including an autopsy and computed tomography (CT), was performed to determine the cause of death. The findings included that the stomach was severely distended. Evidence was seen of mucosal hemorrhage in the gastric mucosa on the greater curvature side, which was thinned in places but without perforation. No necrosis of the gastric mucosa was observed; reversible changes were evident on histopathological examination. The postmortem CT images suggested that the pyloric region was positioned cranioventrally to the cardiac region. None of the findings indicated sudden blockage, and the cause of death was determined to be acute gastric volvulus resulting in abdominal compartment syndrome. The abnormal placement of the organs was difficult to determine based on physical examination alone; postmortem CT and careful examination were helpful in conducting the autopsy in this case.