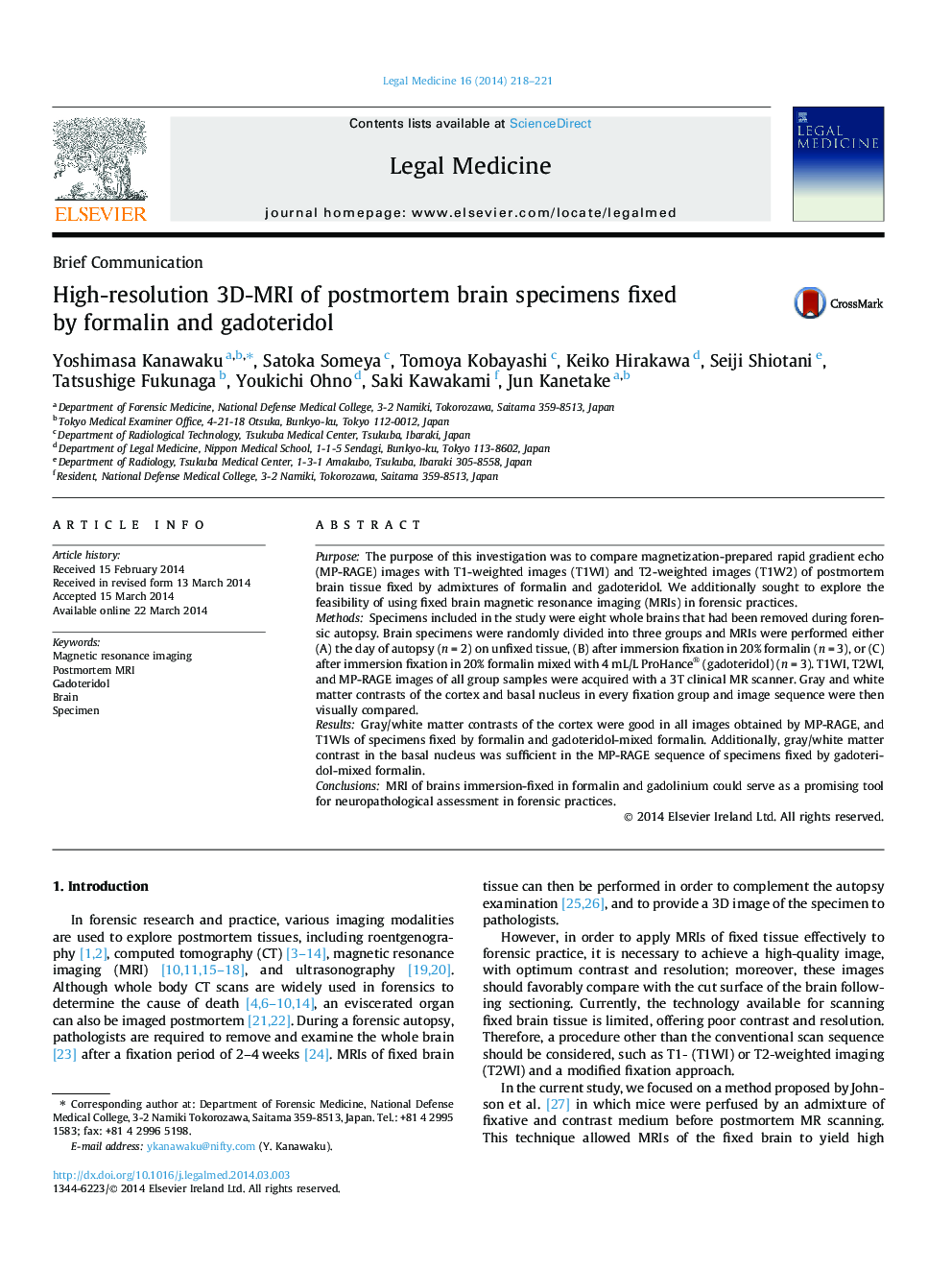 • Gadoteridol can infiltrate deep into the immersion-fixed brain.
• MP-RAGE sequence of brain fixed by gadoteridol-mixed formalin yield a high contrast.
• We achieved an acquisition high resolution image of 0.5 mm within 30 min.
• MRI of fixed brain is highly compatible in forensic practices.

PurposeThe purpose of this investigation was to compare magnetization-prepared rapid gradient echo (MP-RAGE) images with T1-weighted images (T1WI) and T2-weighted images (T1W2) of postmortem brain tissue fixed by admixtures of formalin and gadoteridol. We additionally sought to explore the feasibility of using fixed brain magnetic resonance imaging (MRIs) in forensic practices.MethodsSpecimens included in the study were eight whole brains that had been removed during forensic autopsy. Brain specimens were randomly divided into three groups and MRIs were performed either (A) the day of autopsy (n = 2) on unfixed tissue, (B) after immersion fixation in 20% formalin (n = 3), or (C) after immersion fixation in 20% formalin mixed with 4 mL/L ProHance® (gadoteridol) (n = 3). T1WI, T2WI, and MP-RAGE images of all group samples were acquired with a 3T clinical MR scanner. Gray and white matter contrasts of the cortex and basal nucleus in every fixation group and image sequence were then visually compared.ResultsGray/white matter contrasts of the cortex were good in all images obtained by MP-RAGE, and T1WIs of specimens fixed by formalin and gadoteridol-mixed formalin. Additionally, gray/white matter contrast in the basal nucleus was sufficient in the MP-RAGE sequence of specimens fixed by gadoteridol-mixed formalin.ConclusionsMRI of brains immersion-fixed in formalin and gadolinium could serve as a promising tool for neuropathological assessment in forensic practices.