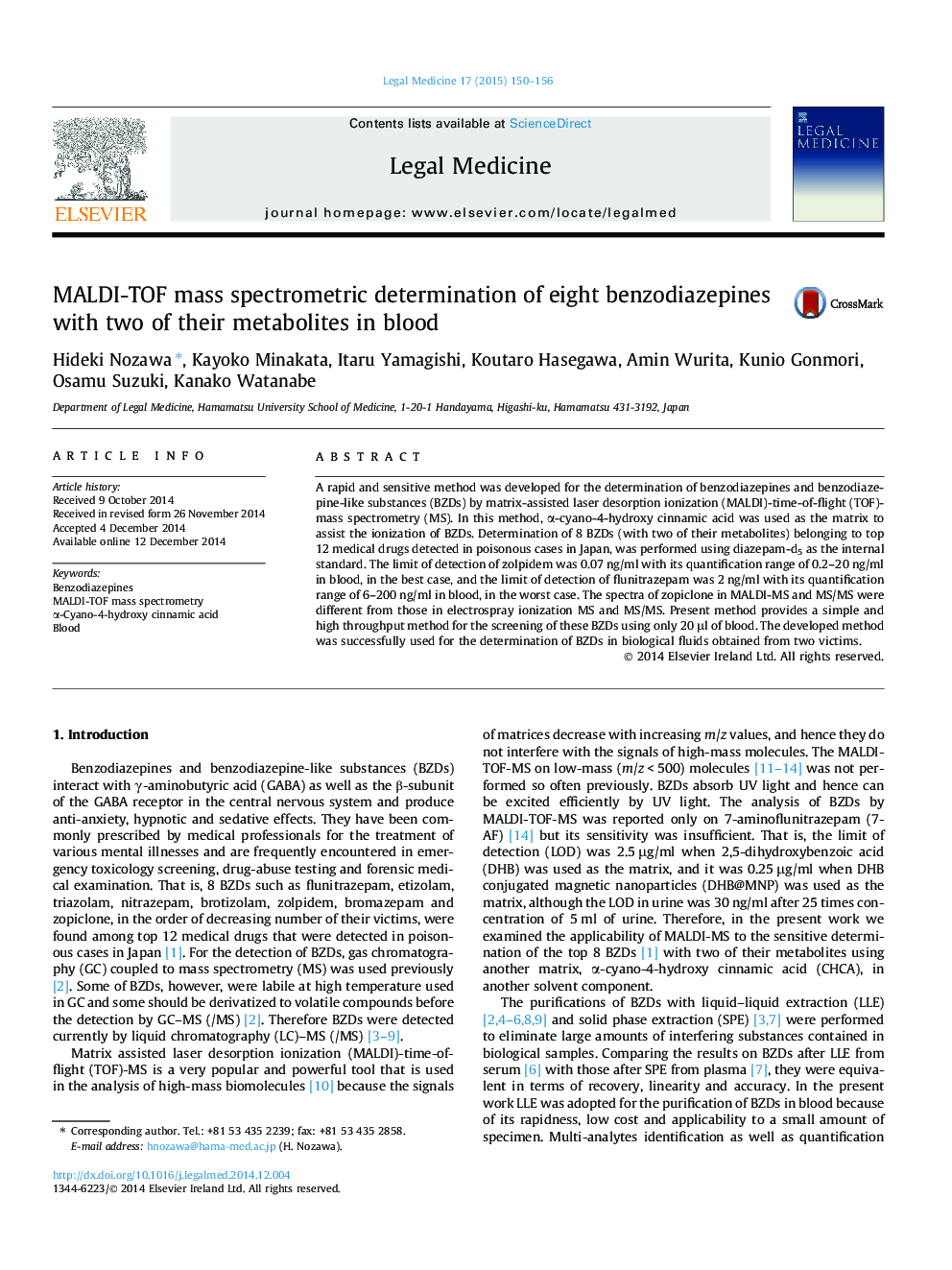 • Benzodiazepines and their metabolites were determined by MALDI-TOF-MS.
• The limits of detection of compounds ranged from 0.07 to 2 ng/ml in blood.
• MALDI-MS(-MS) spectra of zopiclone were different from those of ESI-MS(-MS).
• Present method provides a high throughput method using only 20 μl of blood.
• This method was applied to biological fluids obtained from two victims.