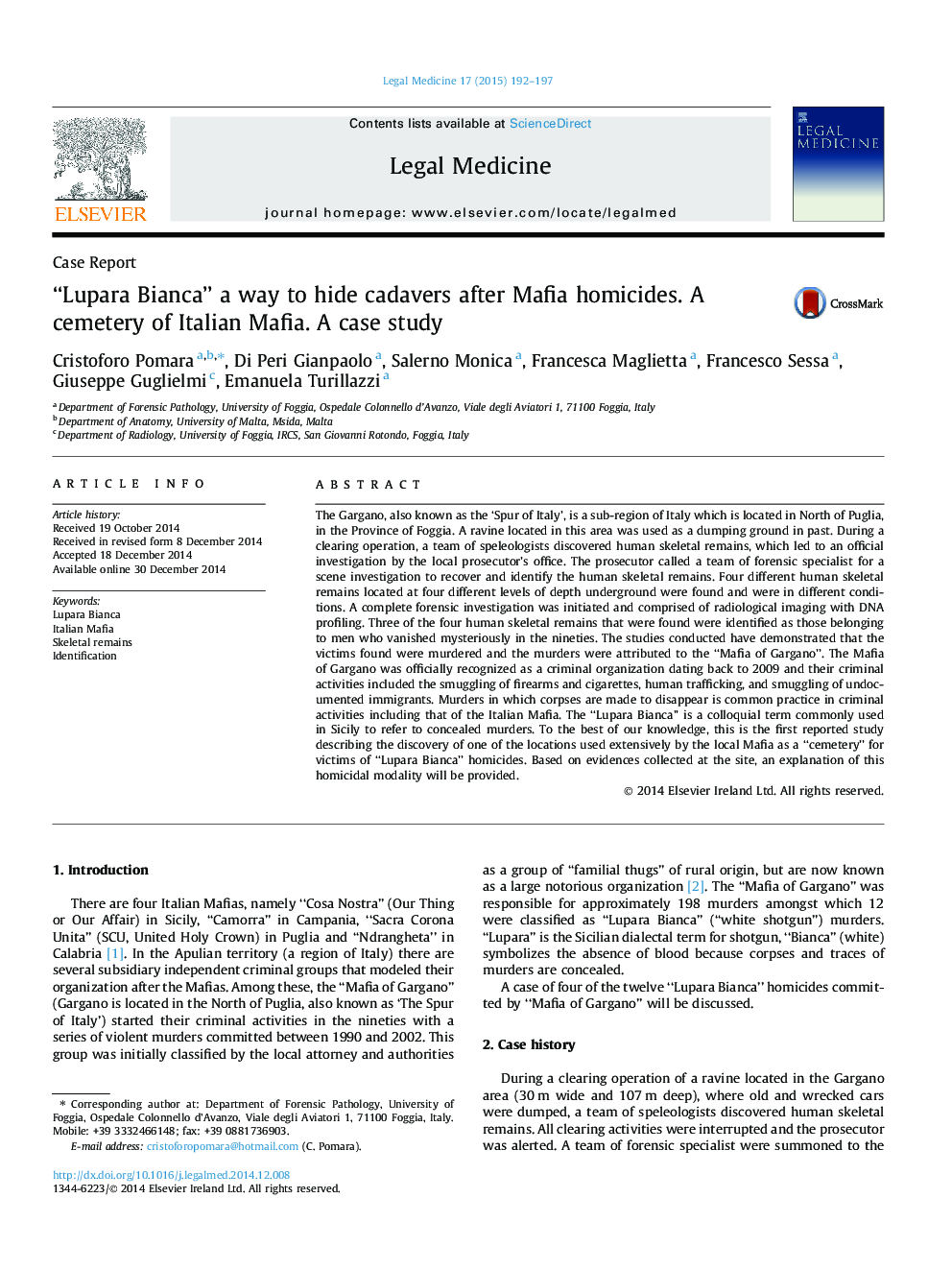 • Mafia murders are always finalized to establish one’s potency or capacity to control the territory of action of their criminal activities.
• The “Lupara Bianca” seems to be a method primarily used in Mafia homicides with the main purpose to hide cadavers and attempting to throw the inquiry off the track for the longer time.
• A complete forensic investigation in these cases should include both radiological investigations and DNA profiling.

The Gargano, also known as the ‘Spur of Italy’, is a sub-region of Italy which is located in North of Puglia, in the Province of Foggia. A ravine located in this area was used as a dumping ground in past. During a clearing operation, a team of speleologists discovered human skeletal remains, which led to an official investigation by the local prosecutor’s office. The prosecutor called a team of forensic specialist for a scene investigation to recover and identify the human skeletal remains. Four different human skeletal remains located at four different levels of depth underground were found and were in different conditions. A complete forensic investigation was initiated and comprised of radiological imaging with DNA profiling. Three of the four human skeletal remains that were found were identified as those belonging to men who vanished mysteriously in the nineties. The studies conducted have demonstrated that the victims found were murdered and the murders were attributed to the “Mafia of Gargano”. The Mafia of Gargano was officially recognized as a criminal organization dating back to 2009 and their criminal activities included the smuggling of firearms and cigarettes, human trafficking, and smuggling of undocumented immigrants. Murders in which corpses are made to disappear is common practice in criminal activities including that of the Italian Mafia. The “Lupara Bianca” is a colloquial term commonly used in Sicily to refer to concealed murders. To the best of our knowledge, this is the first reported study describing the discovery of one of the locations used extensively by the local Mafia as a “cemetery” for victims of “Lupara Bianca” homicides. Based on evidences collected at the site, an explanation of this homicidal modality will be provided.