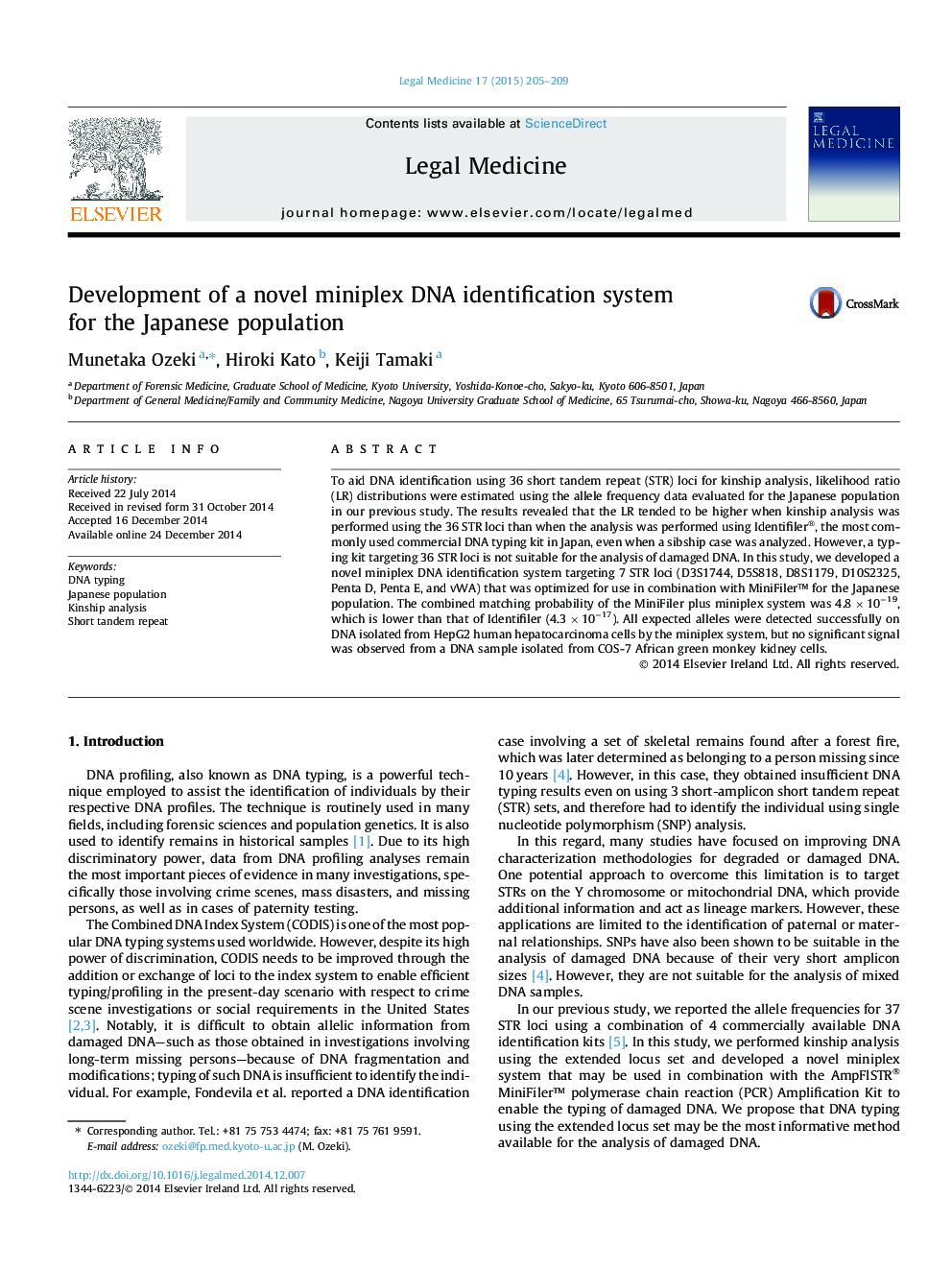 • Kinship analysis using 36 STR loci was simulated.
• A novel miniplex targeting 7 unique loci was developed.
• The combination of MiniFiler and miniplex was useful in kinship analysis.

To aid DNA identification using 36 short tandem repeat (STR) loci for kinship analysis, likelihood ratio (LR) distributions were estimated using the allele frequency data evaluated for the Japanese population in our previous study. The results revealed that the LR tended to be higher when kinship analysis was performed using the 36 STR loci than when the analysis was performed using Identifiler®, the most commonly used commercial DNA typing kit in Japan, even when a sibship case was analyzed. However, a typing kit targeting 36 STR loci is not suitable for the analysis of damaged DNA. In this study, we developed a novel miniplex DNA identification system targeting 7 STR loci (D3S1744, D5S818, D8S1179, D10S2325, Penta D, Penta E, and vWA) that was optimized for use in combination with MiniFiler™ for the Japanese population. The combined matching probability of the MiniFiler plus miniplex system was 4.8 × 10−19, which is lower than that of Identifiler (4.3 × 10−17). All expected alleles were detected successfully on DNA isolated from HepG2 human hepatocarcinoma cells by the miniplex system, but no significant signal was observed from a DNA sample isolated from COS-7 African green monkey kidney cells.