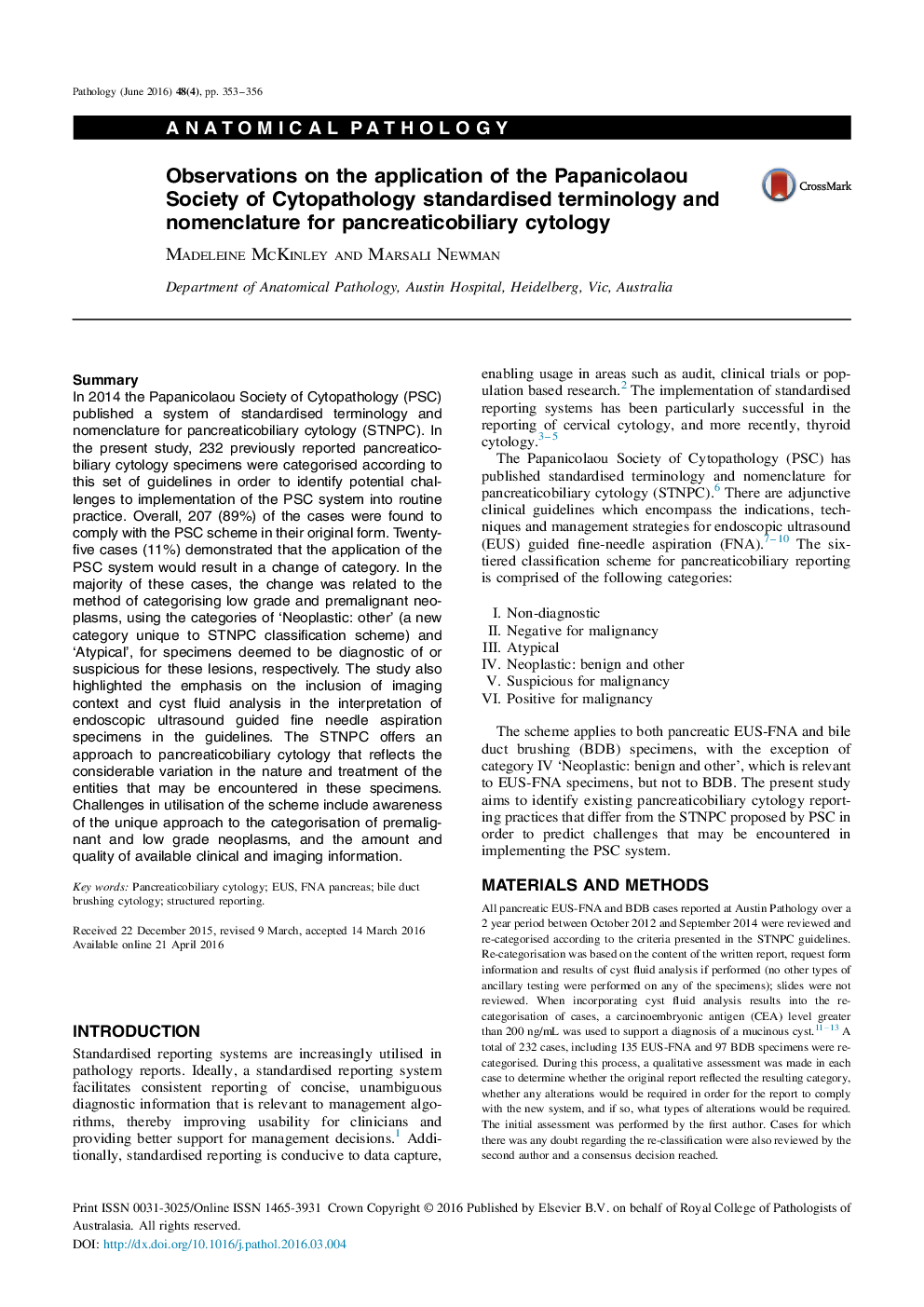 SummaryIn 2014 the Papanicolaou Society of Cytopathology (PSC) published a system of standardised terminology and nomenclature for pancreaticobiliary cytology (STNPC). In the present study, 232 previously reported pancreaticobiliary cytology specimens were categorised according to this set of guidelines in order to identify potential challenges to implementation of the PSC system into routine practice. Overall, 207 (89%) of the cases were found to comply with the PSC scheme in their original form. Twenty-five cases (11%) demonstrated that the application of the PSC system would result in a change of category. In the majority of these cases, the change was related to the method of categorising low grade and premalignant neoplasms, using the categories of ‘Neoplastic: other’ (a new category unique to STNPC classification scheme) and ‘Atypical’, for specimens deemed to be diagnostic of or suspicious for these lesions, respectively. The study also highlighted the emphasis on the inclusion of imaging context and cyst fluid analysis in the interpretation of endoscopic ultrasound guided fine needle aspiration specimens in the guidelines. The STNPC offers an approach to pancreaticobiliary cytology that reflects the considerable variation in the nature and treatment of the entities that may be encountered in these specimens. Challenges in utilisation of the scheme include awareness of the unique approach to the categorisation of premalignant and low grade neoplasms, and the amount and quality of available clinical and imaging information.