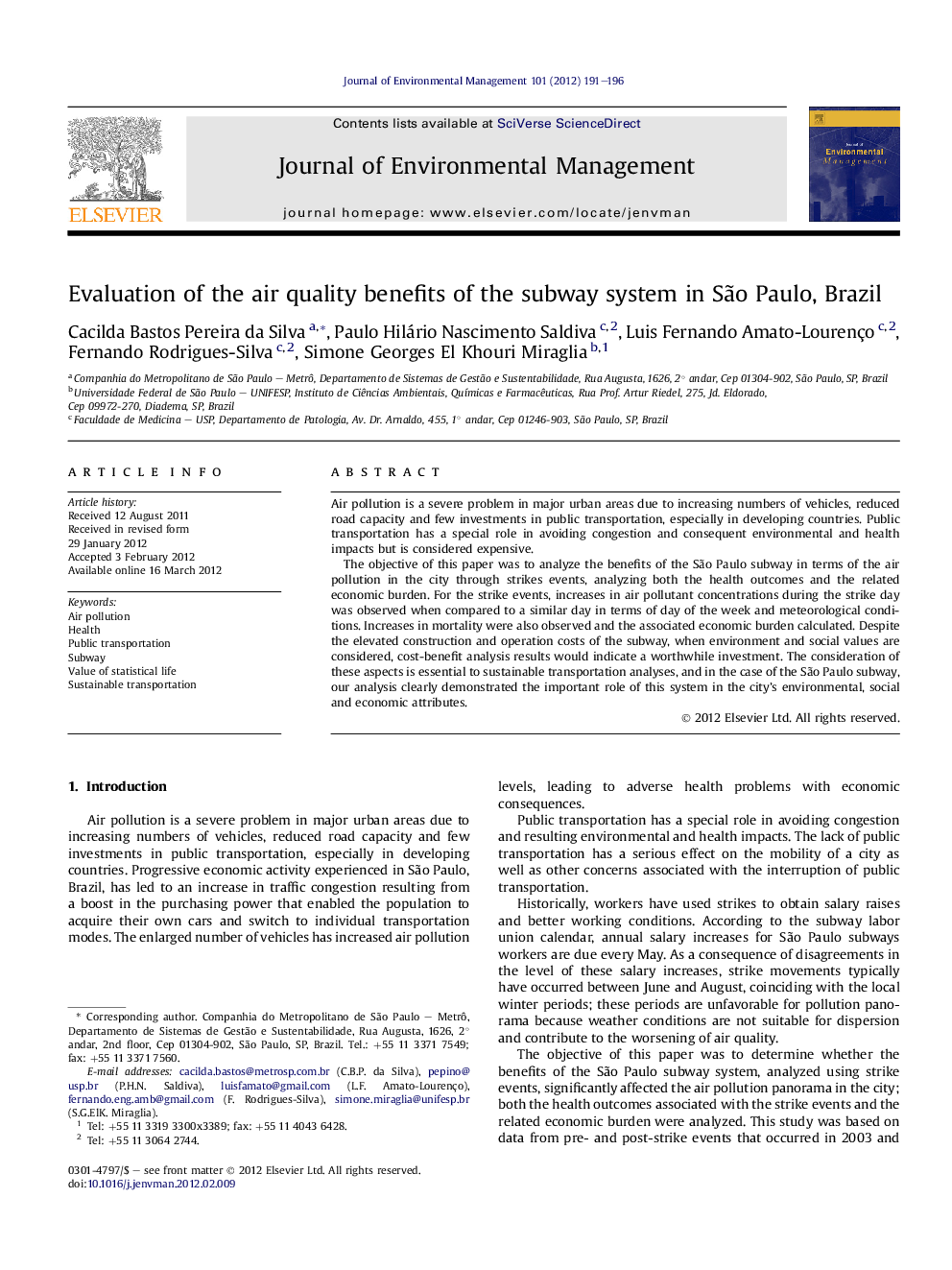 Air pollution is a severe problem in major urban areas due to increasing numbers of vehicles, reduced road capacity and few investments in public transportation, especially in developing countries. Public transportation has a special role in avoiding congestion and consequent environmental and health impacts but is considered expensive.The objective of this paper was to analyze the benefits of the São Paulo subway in terms of the air pollution in the city through strikes events, analyzing both the health outcomes and the related economic burden. For the strike events, increases in air pollutant concentrations during the strike day was observed when compared to a similar day in terms of day of the week and meteorological conditions. Increases in mortality were also observed and the associated economic burden calculated. Despite the elevated construction and operation costs of the subway, when environment and social values are considered, cost-benefit analysis results would indicate a worthwhile investment. The consideration of these aspects is essential to sustainable transportation analyses, and in the case of the São Paulo subway, our analysis clearly demonstrated the important role of this system in the city's environmental, social and economic attributes.

► The air pollution panorama in São Paulo during subway's strikes.
► PM10 concentrations increased 75% comparing to a similar day.
► It was associated to cardio-respiratory mortality in the elderly.
► The economic burden related to the strikes estimated as USD$50 million year.
► The cost-benefit analysis showed the benefits of this transportation mode.