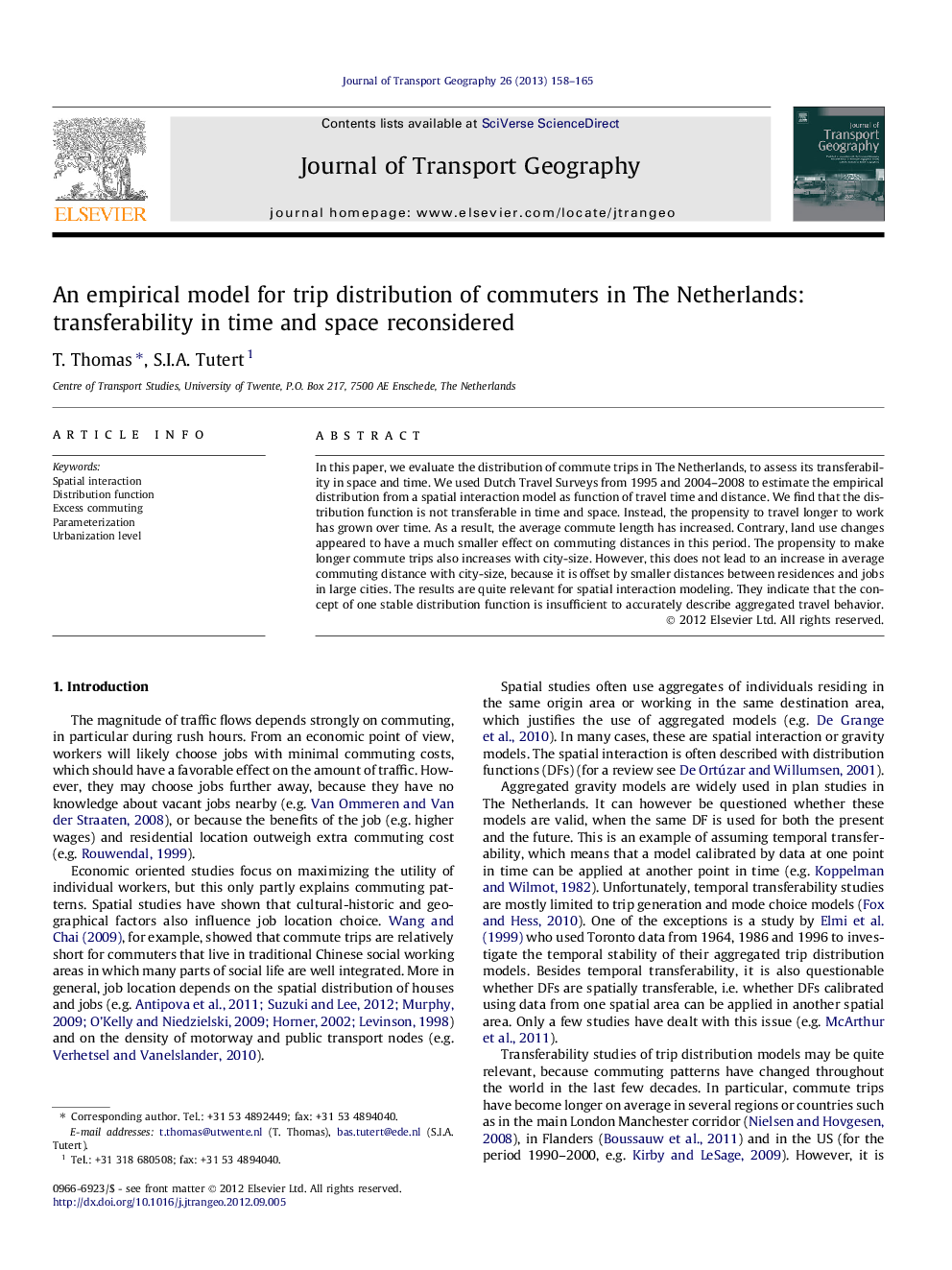 In this paper, we evaluate the distribution of commute trips in The Netherlands, to assess its transferability in space and time. We used Dutch Travel Surveys from 1995 and 2004–2008 to estimate the empirical distribution from a spatial interaction model as function of travel time and distance. We find that the distribution function is not transferable in time and space. Instead, the propensity to travel longer to work has grown over time. As a result, the average commute length has increased. Contrary, land use changes appeared to have a much smaller effect on commuting distances in this period. The propensity to make longer commute trips also increases with city-size. However, this does not lead to an increase in average commuting distance with city-size, because it is offset by smaller distances between residences and jobs in large cities. The results are quite relevant for spatial interaction modeling. They indicate that the concept of one stable distribution function is insufficient to accurately describe aggregated travel behavior.