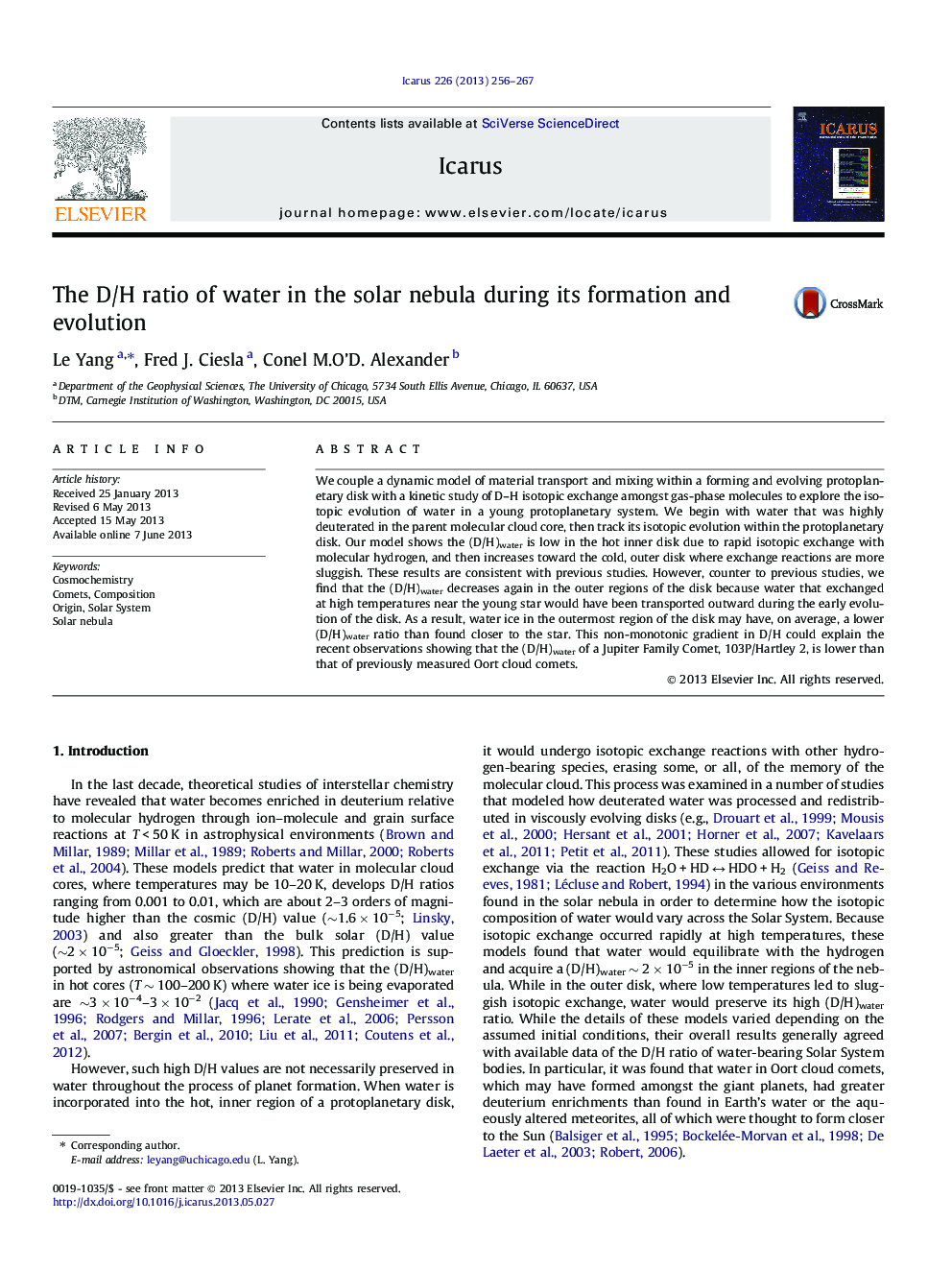 چکیده انگلیسی
We couple a dynamic model of material transport and mixing within a forming and evolving protoplanetary disk with a kinetic study of D-H isotopic exchange amongst gas-phase molecules to explore the isotopic evolution of water in a young protoplanetary system. We begin with water that was highly deuterated in the parent molecular cloud core, then track its isotopic evolution within the protoplanetary disk. Our model shows the (D/H)water is low in the hot inner disk due to rapid isotopic exchange with molecular hydrogen, and then increases toward the cold, outer disk where exchange reactions are more sluggish. These results are consistent with previous studies. However, counter to previous studies, we find that the (D/H)water decreases again in the outer regions of the disk because water that exchanged at high temperatures near the young star would have been transported outward during the early evolution of the disk. As a result, water ice in the outermost region of the disk may have, on average, a lower (D/H)water ratio than found closer to the star. This non-monotonic gradient in D/H could explain the recent observations showing that the (D/H)water of a Jupiter Family Comet, 103P/Hartley 2, is lower than that of previously measured Oort cloud comets.
ناشر
Database: Elsevier - ScienceDirect (ساینس دایرکت)
Journal: Icarus - Volume 226, Issue 1, SeptemberâOctober 2013, Pages 256-267
نویسندگان
Le Yang, Fred J. Ciesla, Conel M.O'D. Alexander,
دانلود مقاله + سفارش ترجمه
دانلود مقاله ISI انگلیسی
رایگان برای ایرانیان
سفارش ترجمه تخصصی
با تضمین قیمت و کیفیت
منتشر شده در