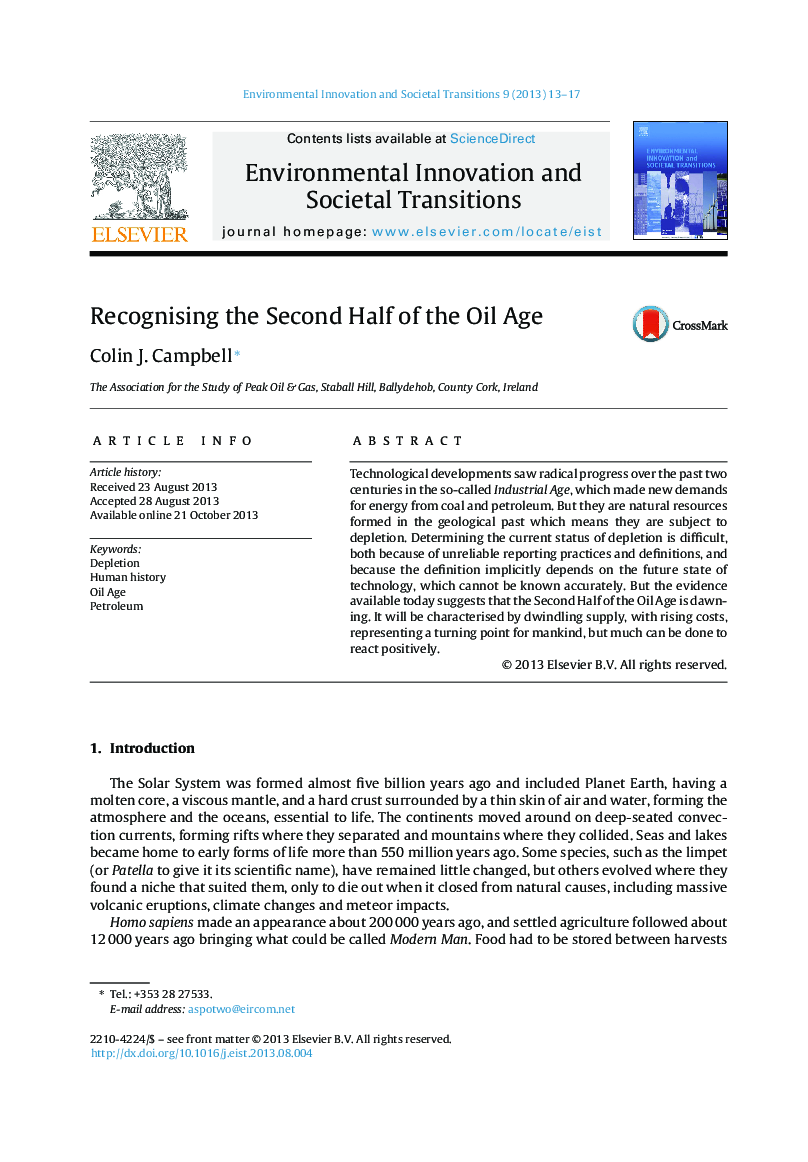 • The new millennium is the start of the Second Half of the Oil Age.
• The growing shortages led to a price surge, partly influenced by shrewd traders buying contracts on the futures market.
• Oil prices, which had averaged $28 a barrel in the 1990s, surged to a peak of almost $150 in mid-2008.
• That prompted a recession which killed demand, while the traders started selling short.
• Governments have reacted to the recession by printing more money in the hope of stimulating the economy.

Technological developments saw radical progress over the past two centuries in the so-called Industrial Age, which made new demands for energy from coal and petroleum. But they are natural resources formed in the geological past which means they are subject to depletion. Determining the current status of depletion is difficult, both because of unreliable reporting practices and definitions, and because the definition implicitly depends on the future state of technology, which cannot be known accurately. But the evidence available today suggests that the Second Half of the Oil Age is dawning. It will be characterised by dwindling supply, with rising costs, representing a turning point for mankind, but much can be done to react positively.