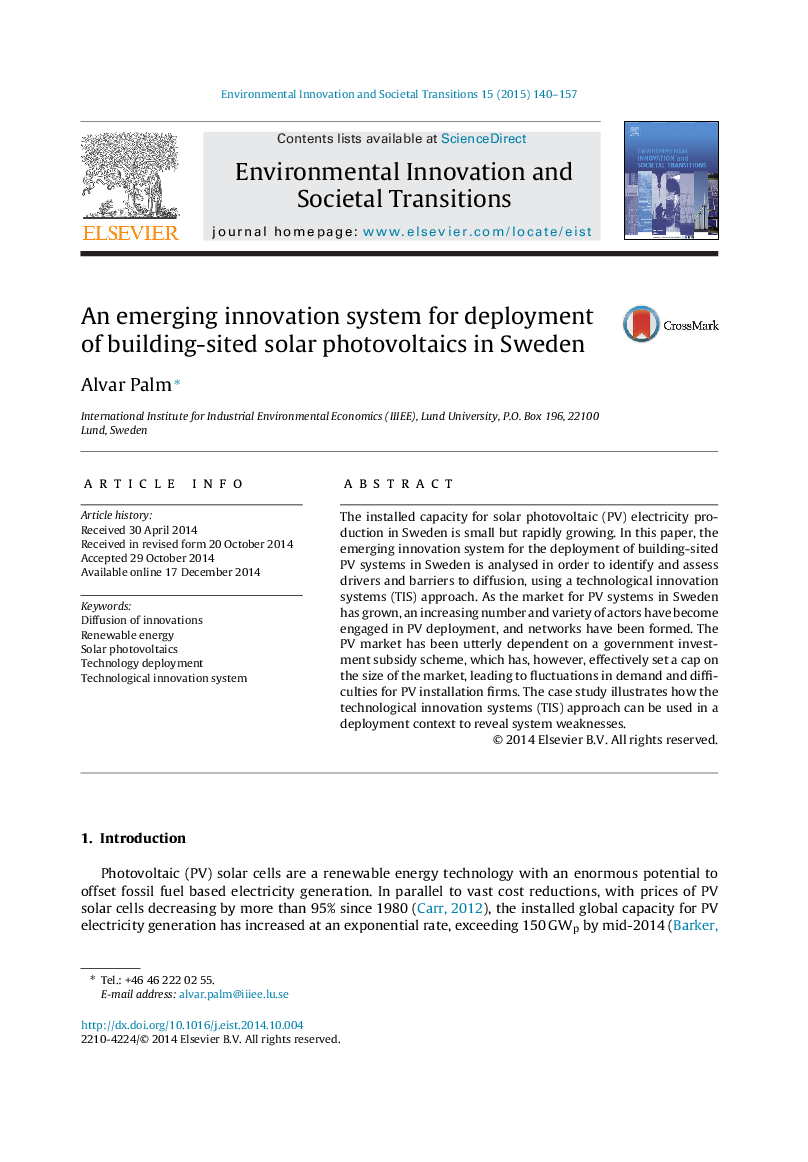 The installed capacity for solar photovoltaic (PV) electricity production in Sweden is small but rapidly growing. In this paper, the emerging innovation system for the deployment of building-sited PV systems in Sweden is analysed in order to identify and assess drivers and barriers to diffusion, using a technological innovation systems (TIS) approach. As the market for PV systems in Sweden has grown, an increasing number and variety of actors have become engaged in PV deployment, and networks have been formed. The PV market has been utterly dependent on a government investment subsidy scheme, which has, however, effectively set a cap on the size of the market, leading to fluctuations in demand and difficulties for PV installation firms. The case study illustrates how the technological innovation systems (TIS) approach can be used in a deployment context to reveal system weaknesses.