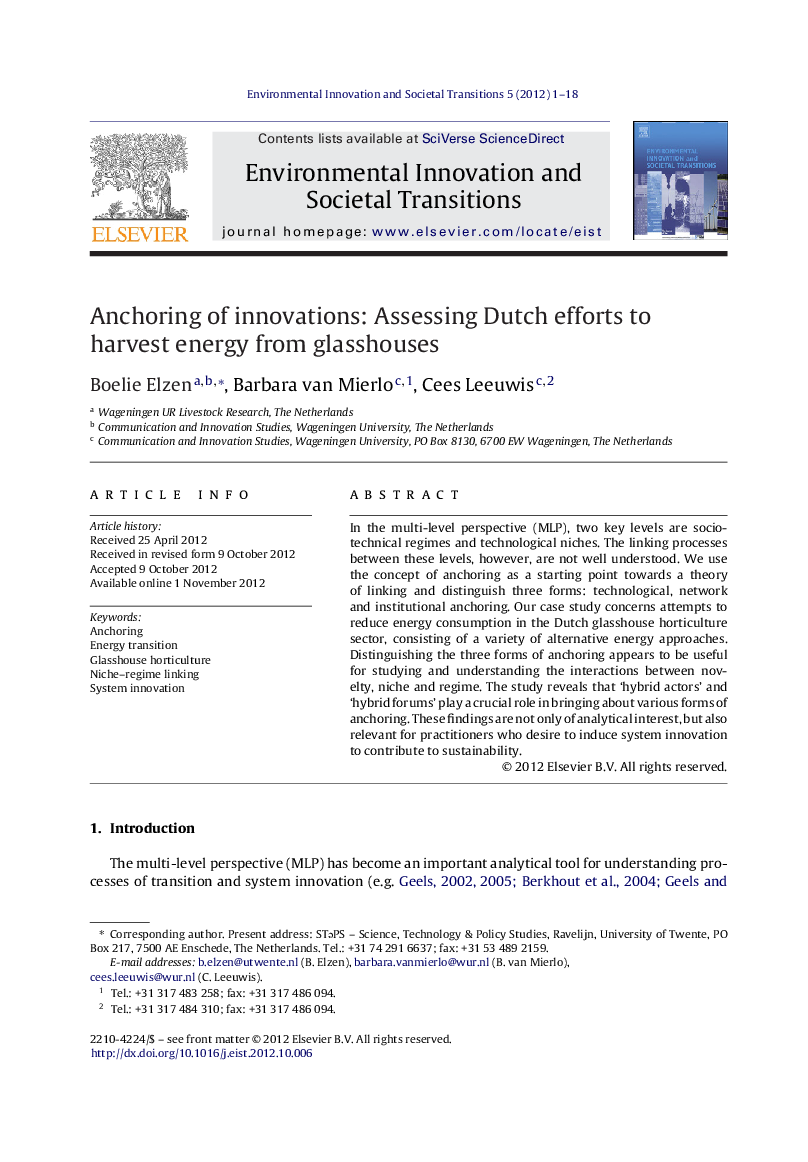 In the multi-level perspective (MLP), two key levels are socio-technical regimes and technological niches. The linking processes between these levels, however, are not well understood. We use the concept of anchoring as a starting point towards a theory of linking and distinguish three forms: technological, network and institutional anchoring. Our case study concerns attempts to reduce energy consumption in the Dutch glasshouse horticulture sector, consisting of a variety of alternative energy approaches. Distinguishing the three forms of anchoring appears to be useful for studying and understanding the interactions between novelty, niche and regime. The study reveals that ‘hybrid actors’ and ‘hybrid forums’ play a crucial role in bringing about various forms of anchoring. These findings are not only of analytical interest, but also relevant for practitioners who desire to induce system innovation to contribute to sustainability.

► We offer a new representation of the MLP in which niches and regime partly overlap.
► Anchoring is presented as a stepping stone towards a theory of linking niche and regime.
► Anchoring takes place in niche, regime and the area of overlap between the two.
► Hybrid actors and hybrid forums play a crucial role in anchoring processes.