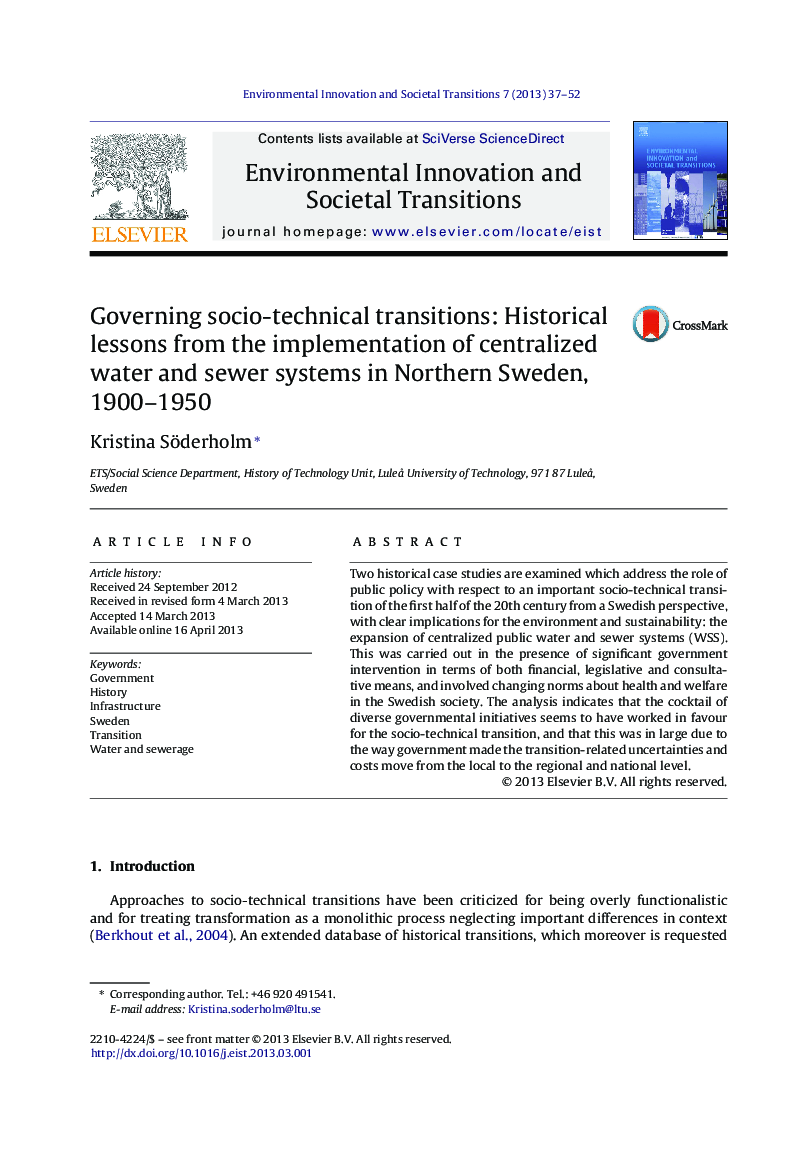 • Through case studies we examine a socio-technical transition in Sweden over the first half of the 20th century.
• The transition consists of a comprehensive expansion of public centralized water and sewer systems.
• The transition was carried out in the presence of significant government intervention and with a number of policy tools.
• Government intervention made transition-related uncertainties and costs move from local to regional and national levels.
• The analysis highlights how different policy goals were used in conjunction to promote the WSS-expansion.

Two historical case studies are examined which address the role of public policy with respect to an important socio-technical transition of the first half of the 20th century from a Swedish perspective, with clear implications for the environment and sustainability: the expansion of centralized public water and sewer systems (WSS). This was carried out in the presence of significant government intervention in terms of both financial, legislative and consultative means, and involved changing norms about health and welfare in the Swedish society. The analysis indicates that the cocktail of diverse governmental initiatives seems to have worked in favour for the socio-technical transition, and that this was in large due to the way government made the transition-related uncertainties and costs move from the local to the regional and national level.