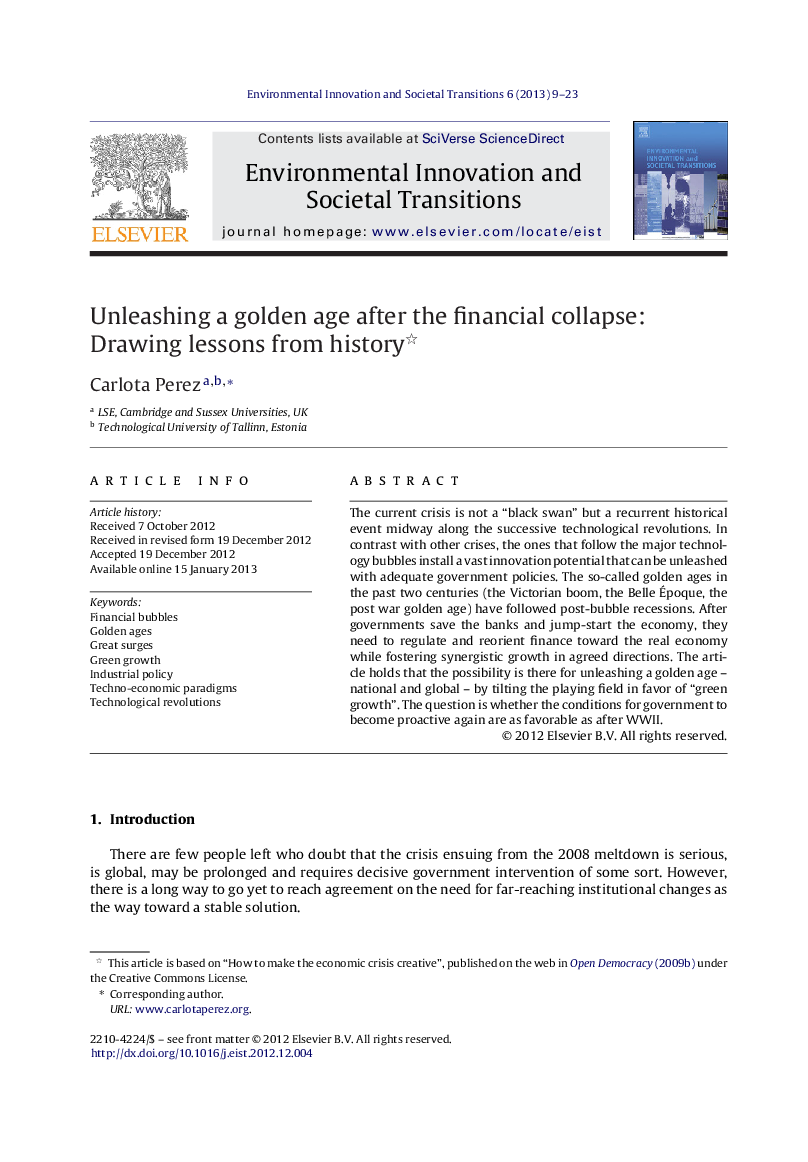 The current crisis is not a “black swan” but a recurrent historical event midway along the successive technological revolutions. In contrast with other crises, the ones that follow the major technology bubbles install a vast innovation potential that can be unleashed with adequate government policies. The so-called golden ages in the past two centuries (the Victorian boom, the Belle Époque, the post war golden age) have followed post-bubble recessions. After governments save the banks and jump-start the economy, they need to regulate and reorient finance toward the real economy while fostering synergistic growth in agreed directions. The article holds that the possibility is there for unleashing a golden age – national and global – by tilting the playing field in favor of “green growth”. The question is whether the conditions for government to become proactive again are as favorable as after WWII.

► The current post-bubble recession is more akin to that of the 1930s than to that of the 1980s.
► Economic revival will require proactive measures equivalent to the Welfare State, Bretton Woods and the New Deal.
► To be effective, the regulation of globalized finance must be supranational and overcome opacity.
► “Green growth” is not only for saving the planet but also is probably the most effective route to saving the economy.
► Conditions favoring State intervention to shape markets are not yet ripe but there are trends pointing in that direction.