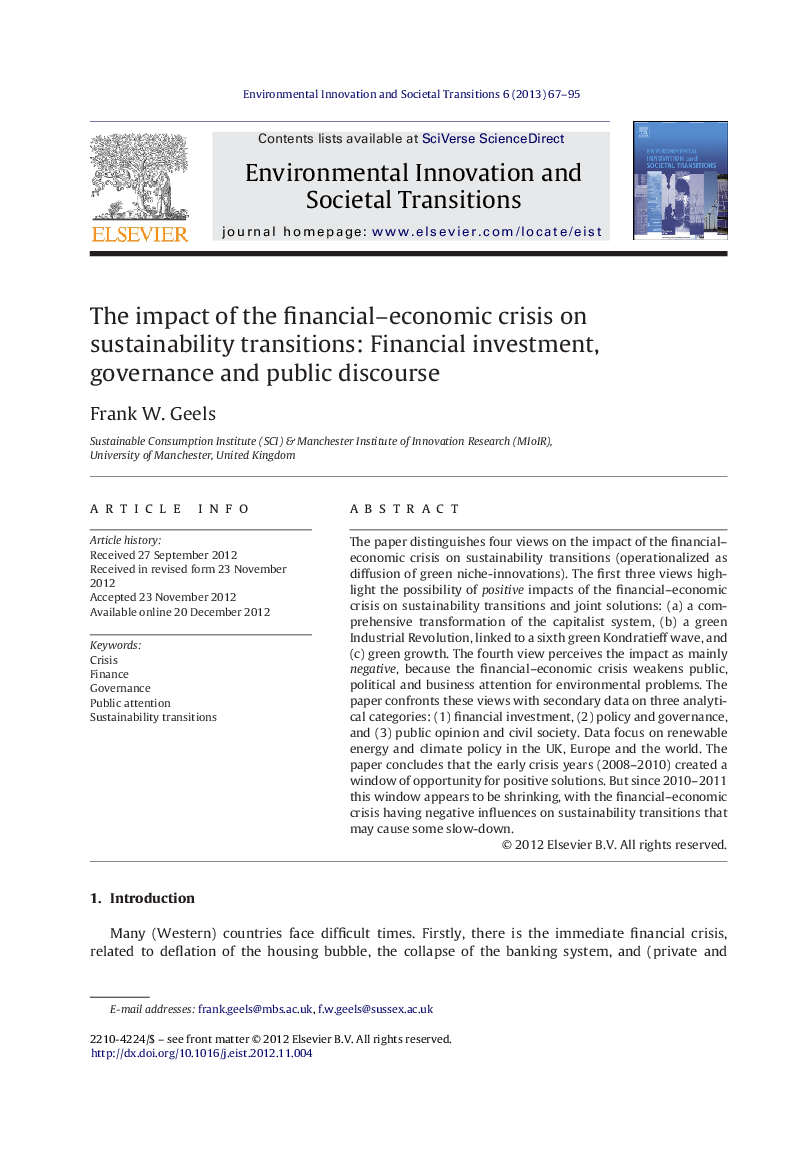 The paper distinguishes four views on the impact of the financial–economic crisis on sustainability transitions (operationalized as diffusion of green niche-innovations). The first three views highlight the possibility of positive impacts of the financial–economic crisis on sustainability transitions and joint solutions: (a) a comprehensive transformation of the capitalist system, (b) a green Industrial Revolution, linked to a sixth green Kondratieff wave, and (c) green growth. The fourth view perceives the impact as mainly negative, because the financial–economic crisis weakens public, political and business attention for environmental problems. The paper confronts these views with secondary data on three analytical categories: (1) financial investment, (2) policy and governance, and (3) public opinion and civil society. Data focus on renewable energy and climate policy in the UK, Europe and the world. The paper concludes that the early crisis years (2008–2010) created a window of opportunity for positive solutions. But since 2010–2011 this window appears to be shrinking, with the financial–economic crisis having negative influences on sustainability transitions that may cause some slow-down.

► The paper investigates the effects of the financial–economic crisis on the diffusion of renewable energy technologies.
► In some countries, green niche-innovations are moving from the pre-development to the take-off phase in a transition.
► In the take-off phase, green niche-innovations experience special challenges with regard to finance, governance, and public support.
► The effects of the crisis on finance and governance initially were positive but later turned negative.
► The effects on public attention and opinion were negative throughout.