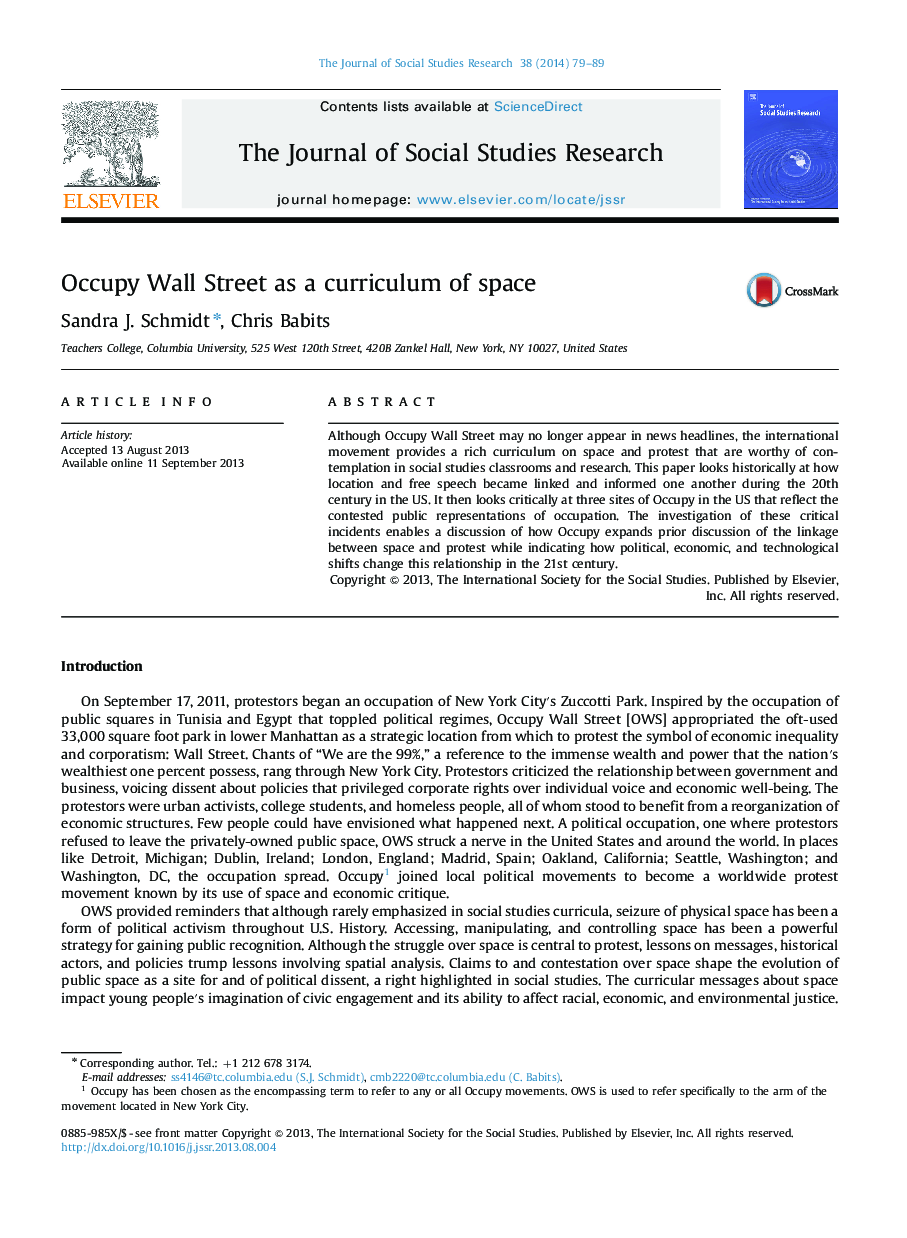 Although Occupy Wall Street may no longer appear in news headlines, the international movement provides a rich curriculum on space and protest that are worthy of contemplation in social studies classrooms and research. This paper looks historically at how location and free speech became linked and informed one another during the 20th century in the US. It then looks critically at three sites of Occupy in the US that reflect the contested public representations of occupation. The investigation of these critical incidents enables a discussion of how Occupy expands prior discussion of the linkage between space and protest while indicating how political, economic, and technological shifts change this relationship in the 21st century.