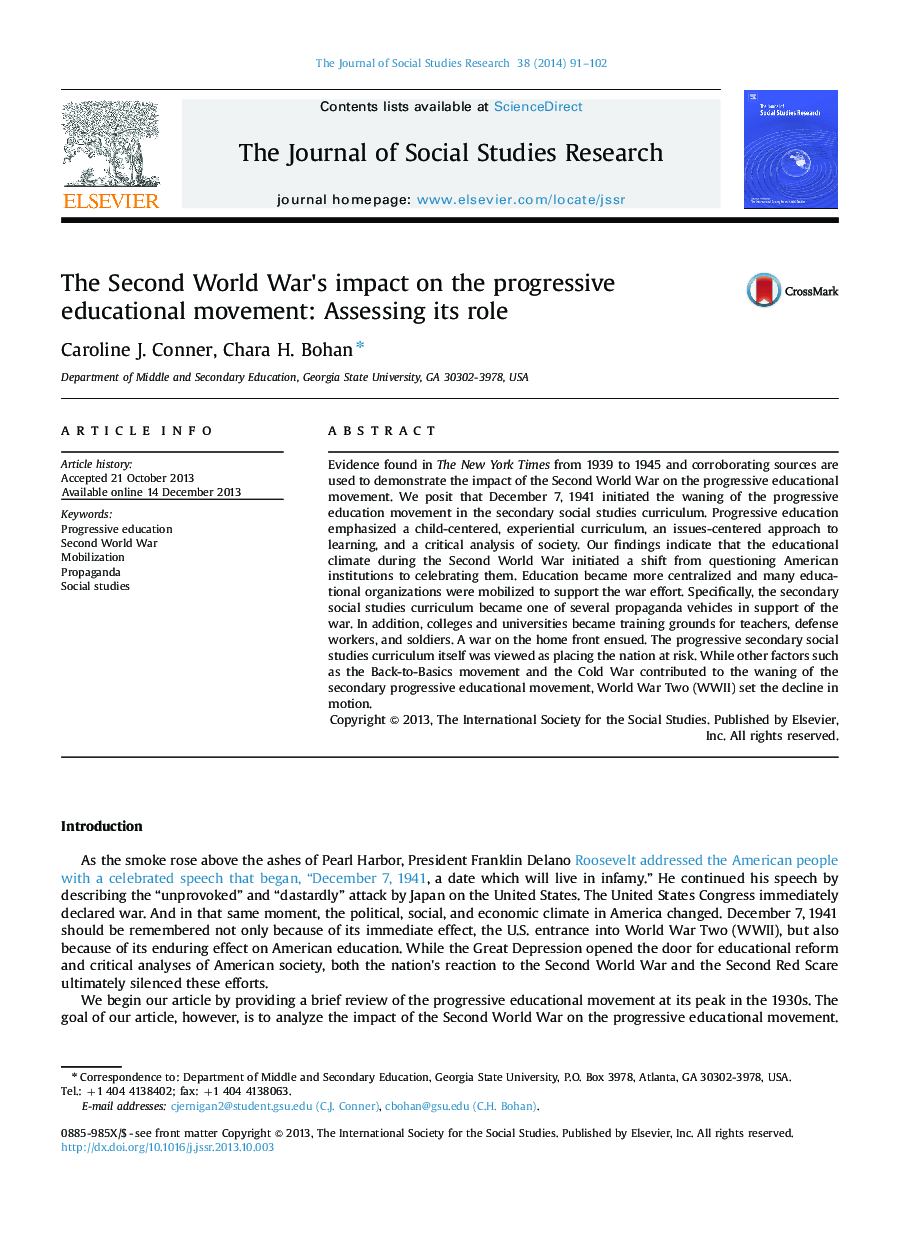 Evidence found in The New York Times from 1939 to 1945 and corroborating sources are used to demonstrate the impact of the Second World War on the progressive educational movement. We posit that December 7, 1941 initiated the waning of the progressive education movement in the secondary social studies curriculum. Progressive education emphasized a child-centered, experiential curriculum, an issues-centered approach to learning, and a critical analysis of society. Our findings indicate that the educational climate during the Second World War initiated a shift from questioning American institutions to celebrating them. Education became more centralized and many educational organizations were mobilized to support the war effort. Specifically, the secondary social studies curriculum became one of several propaganda vehicles in support of the war. In addition, colleges and universities became training grounds for teachers, defense workers, and soldiers. A war on the home front ensued. The progressive secondary social studies curriculum itself was viewed as placing the nation at risk. While other factors such as the Back-to-Basics movement and the Cold War contributed to the waning of the secondary progressive educational movement, World War Two (WWII) set the decline in motion.