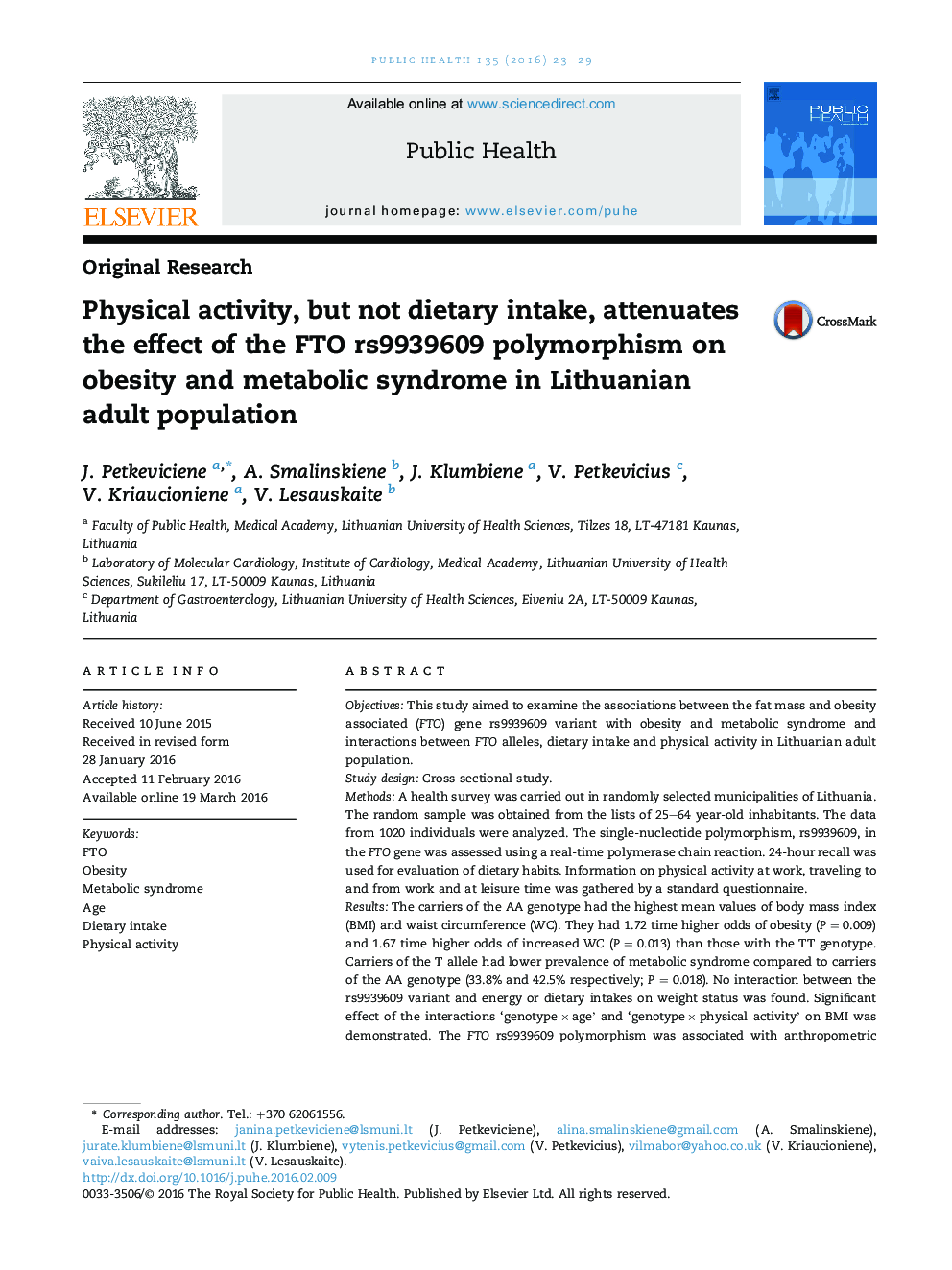 ObjectivesThis study aimed to examine the associations between the fat mass and obesity associated (FTO) gene rs9939609 variant with obesity and metabolic syndrome and interactions between FTO alleles, dietary intake and physical activity in Lithuanian adult population.Study designCross-sectional study.MethodsA health survey was carried out in randomly selected municipalities of Lithuania. The random sample was obtained from the lists of 25–64 year-old inhabitants. The data from 1020 individuals were analyzed. The single-nucleotide polymorphism, rs9939609, in the FTO gene was assessed using a real-time polymerase chain reaction. 24-hour recall was used for evaluation of dietary habits. Information on physical activity at work, traveling to and from work and at leisure time was gathered by a standard questionnaire.ResultsThe carriers of the AA genotype had the highest mean values of body mass index (BMI) and waist circumference (WC). They had 1.72 time higher odds of obesity (P = 0.009) and 1.67 time higher odds of increased WC (P = 0.013) than those with the TT genotype. Carriers of the T allele had lower prevalence of metabolic syndrome compared to carriers of the AA genotype (33.8% and 42.5% respectively; P = 0.018). No interaction between the rs9939609 variant and energy or dietary intakes on weight status was found. Significant effect of the interactions ‘genotype × age’ and ‘genotype × physical activity’ on BMI was demonstrated. The FTO rs9939609 polymorphism was associated with anthropometric parameters and metabolic syndrome in the younger age group (25–44 years) and in individuals having low level of physical activity.ConclusionsAge and physical activity modulated the effect of the FTO polymorphism on weight status and metabolic syndrome in Lithuanian adult population.