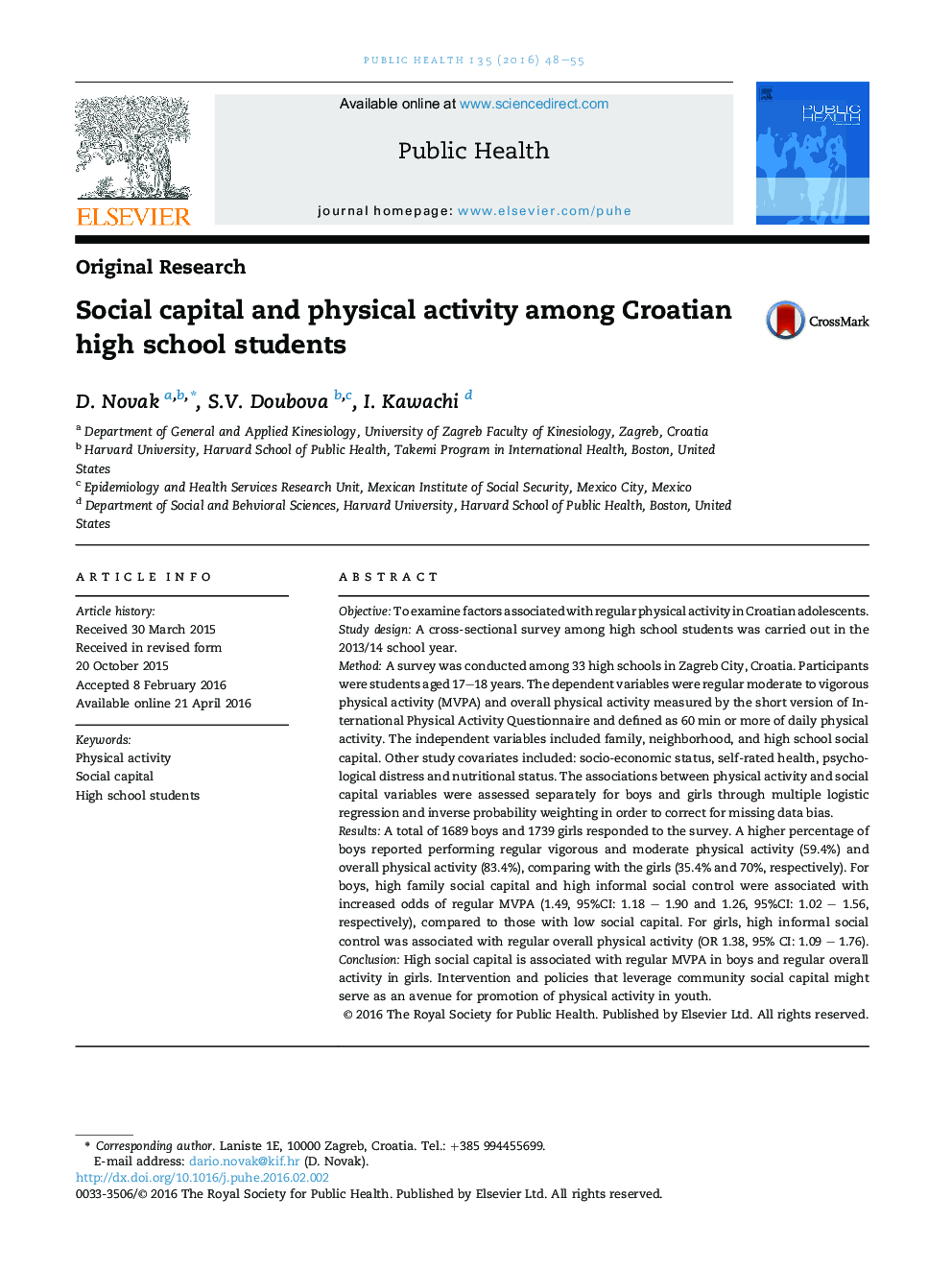 • This study is one of the few studies to date that have focused on social capital and physical activity among youth.
• A total of 1689 boys (49.3%) and 1739 girls (50.7%) from 33 high schools in Zagreb responded to the survey.
• We assessed three sources of social capital – in the family, in the neighborhood, and at school.
• We used the inverse probability weighting in order to correct for missing data bias.
• Due to the cross-sectional design, we cannot exclude the possibility of reverse causation.