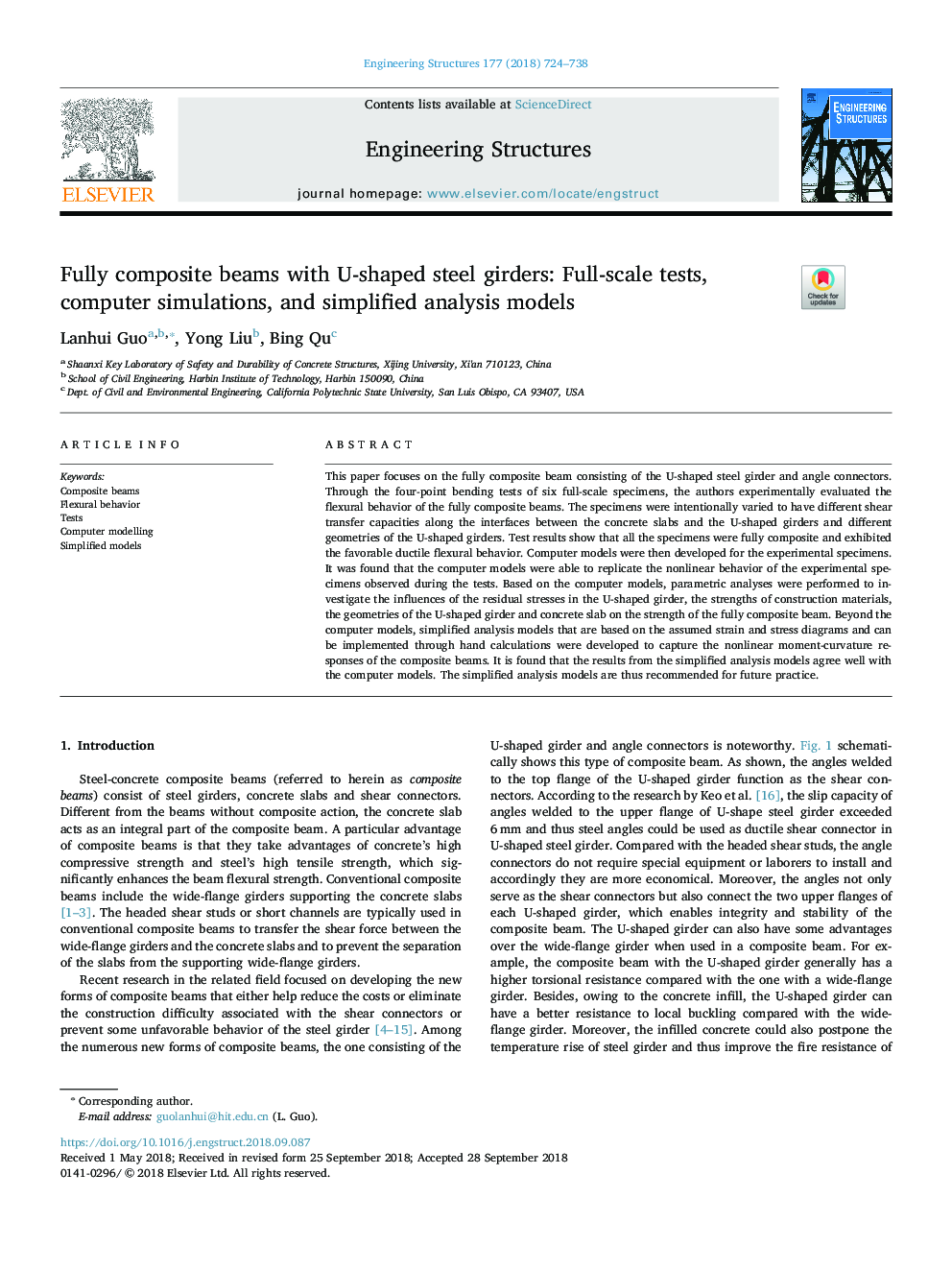 چکیده انگلیسی
This paper focuses on the fully composite beam consisting of the U-shaped steel girder and angle connectors. Through the four-point bending tests of six full-scale specimens, the authors experimentally evaluated the flexural behavior of the fully composite beams. The specimens were intentionally varied to have different shear transfer capacities along the interfaces between the concrete slabs and the U-shaped girders and different geometries of the U-shaped girders. Test results show that all the specimens were fully composite and exhibited the favorable ductile flexural behavior. Computer models were then developed for the experimental specimens. It was found that the computer models were able to replicate the nonlinear behavior of the experimental specimens observed during the tests. Based on the computer models, parametric analyses were performed to investigate the influences of the residual stresses in the U-shaped girder, the strengths of construction materials, the geometries of the U-shaped girder and concrete slab on the strength of the fully composite beam. Beyond the computer models, simplified analysis models that are based on the assumed strain and stress diagrams and can be implemented through hand calculations were developed to capture the nonlinear moment-curvature responses of the composite beams. It is found that the results from the simplified analysis models agree well with the computer models. The simplified analysis models are thus recommended for future practice.
ناشر
Database: Elsevier - ScienceDirect (ساینس دایرکت)
Journal: Engineering Structures - Volume 177, 15 December 2018, Pages 724-738
نویسندگان
Lanhui Guo, Yong Liu, Bing Qu,
دانلود مقاله + سفارش ترجمه
دانلود مقاله ISI انگلیسی
رایگان برای ایرانیان
سفارش ترجمه تخصصی
با تضمین قیمت و کیفیت
منتشر شده در