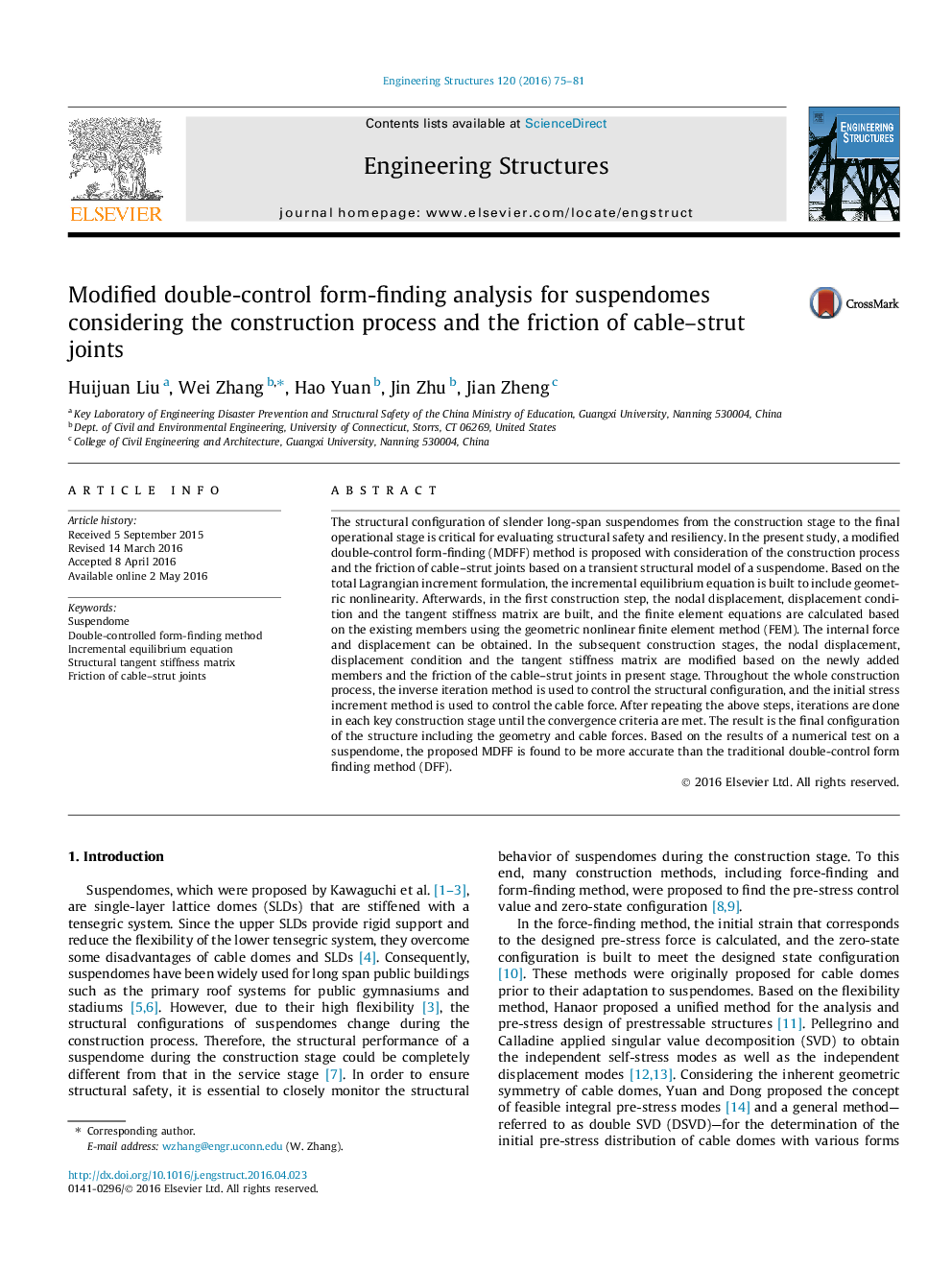 • A modified double-control form-finding (MDFF) method is proposed.
• In the construction process, both of the structural configuration and the cable force are controlled.
• The proposed MDFF is found to be more accurate and effective than the DFF method.

The structural configuration of slender long-span suspendomes from the construction stage to the final operational stage is critical for evaluating structural safety and resiliency. In the present study, a modified double-control form-finding (MDFF) method is proposed with consideration of the construction process and the friction of cable–strut joints based on a transient structural model of a suspendome. Based on the total Lagrangian increment formulation, the incremental equilibrium equation is built to include geometric nonlinearity. Afterwards, in the first construction step, the nodal displacement, displacement condition and the tangent stiffness matrix are built, and the finite element equations are calculated based on the existing members using the geometric nonlinear finite element method (FEM). The internal force and displacement can be obtained. In the subsequent construction stages, the nodal displacement, displacement condition and the tangent stiffness matrix are modified based on the newly added members and the friction of the cable–strut joints in present stage. Throughout the whole construction process, the inverse iteration method is used to control the structural configuration, and the initial stress increment method is used to control the cable force. After repeating the above steps, iterations are done in each key construction stage until the convergence criteria are met. The result is the final configuration of the structure including the geometry and cable forces. Based on the results of a numerical test on a suspendome, the proposed MDFF is found to be more accurate than the traditional double-control form finding method (DFF).