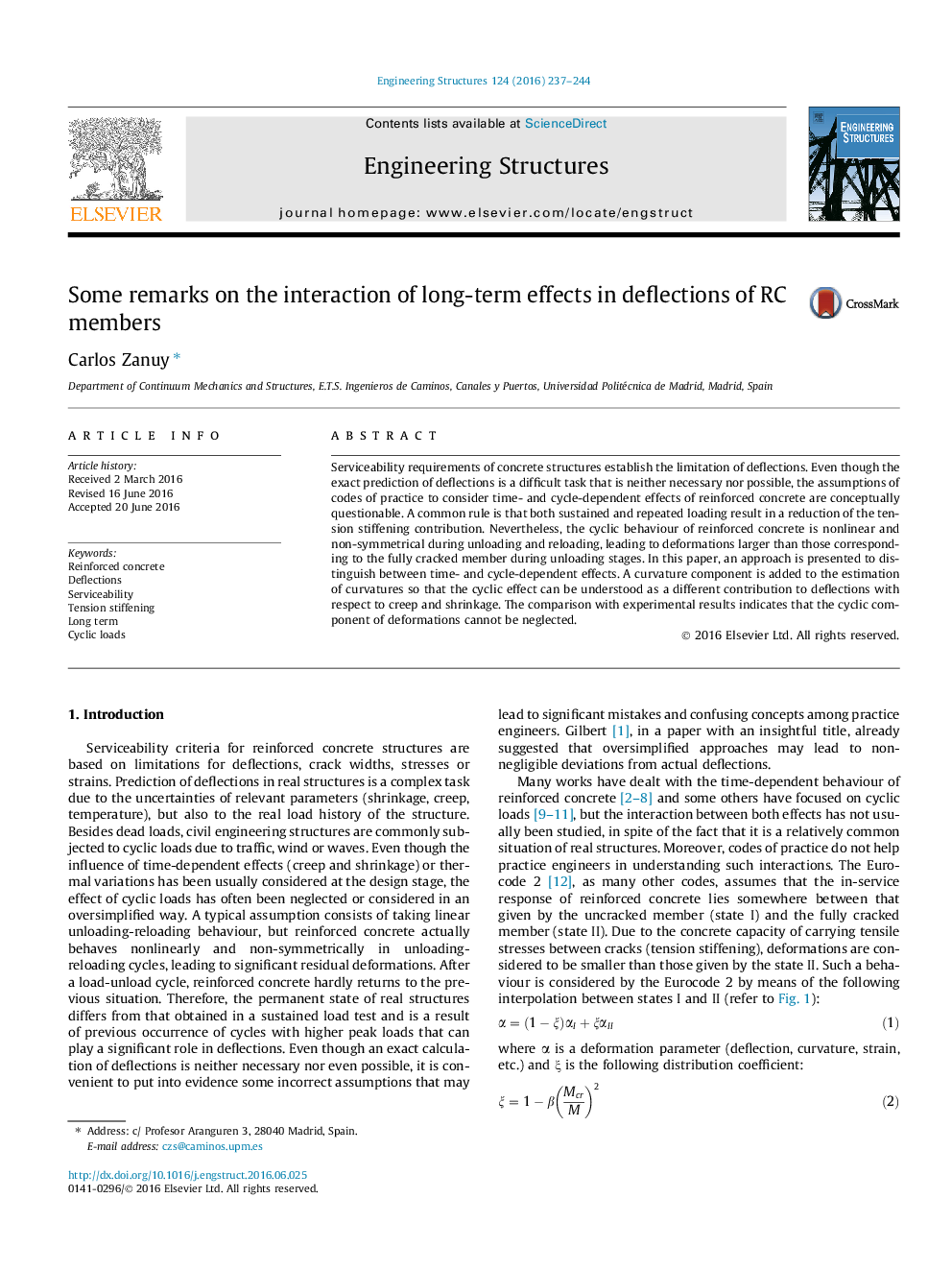 • A methodology to estimate long-term deflections of reinforced concrete is presented.
• The interaction between time- and cycle-dependent effects is analyzed.
• Formation of residual deflections is shown to play a big role.

Serviceability requirements of concrete structures establish the limitation of deflections. Even though the exact prediction of deflections is a difficult task that is neither necessary nor possible, the assumptions of codes of practice to consider time- and cycle-dependent effects of reinforced concrete are conceptually questionable. A common rule is that both sustained and repeated loading result in a reduction of the tension stiffening contribution. Nevertheless, the cyclic behaviour of reinforced concrete is nonlinear and non-symmetrical during unloading and reloading, leading to deformations larger than those corresponding to the fully cracked member during unloading stages. In this paper, an approach is presented to distinguish between time- and cycle-dependent effects. A curvature component is added to the estimation of curvatures so that the cyclic effect can be understood as a different contribution to deflections with respect to creep and shrinkage. The comparison with experimental results indicates that the cyclic component of deformations cannot be neglected.