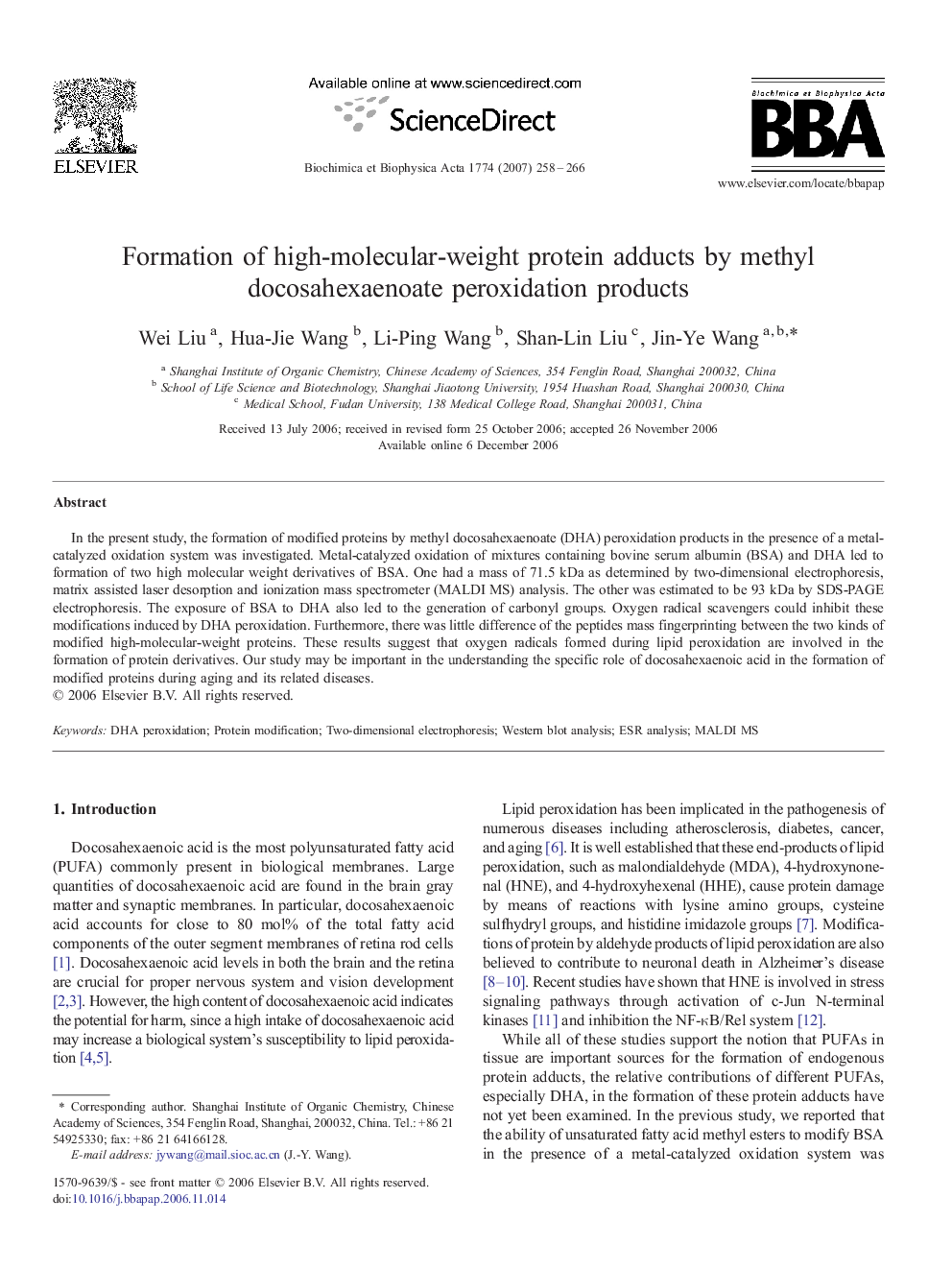 In the present study, the formation of modified proteins by methyl docosahexaenoate (DHA) peroxidation products in the presence of a metal-catalyzed oxidation system was investigated. Metal-catalyzed oxidation of mixtures containing bovine serum albumin (BSA) and DHA led to formation of two high molecular weight derivatives of BSA. One had a mass of 71.5 kDa as determined by two-dimensional electrophoresis, matrix assisted laser desorption and ionization mass spectrometer (MALDI MS) analysis. The other was estimated to be 93 kDa by SDS-PAGE electrophoresis. The exposure of BSA to DHA also led to the generation of carbonyl groups. Oxygen radical scavengers could inhibit these modifications induced by DHA peroxidation. Furthermore, there was little difference of the peptides mass fingerprinting between the two kinds of modified high-molecular-weight proteins. These results suggest that oxygen radicals formed during lipid peroxidation are involved in the formation of protein derivatives. Our study may be important in the understanding the specific role of docosahexaenoic acid in the formation of modified proteins during aging and its related diseases.