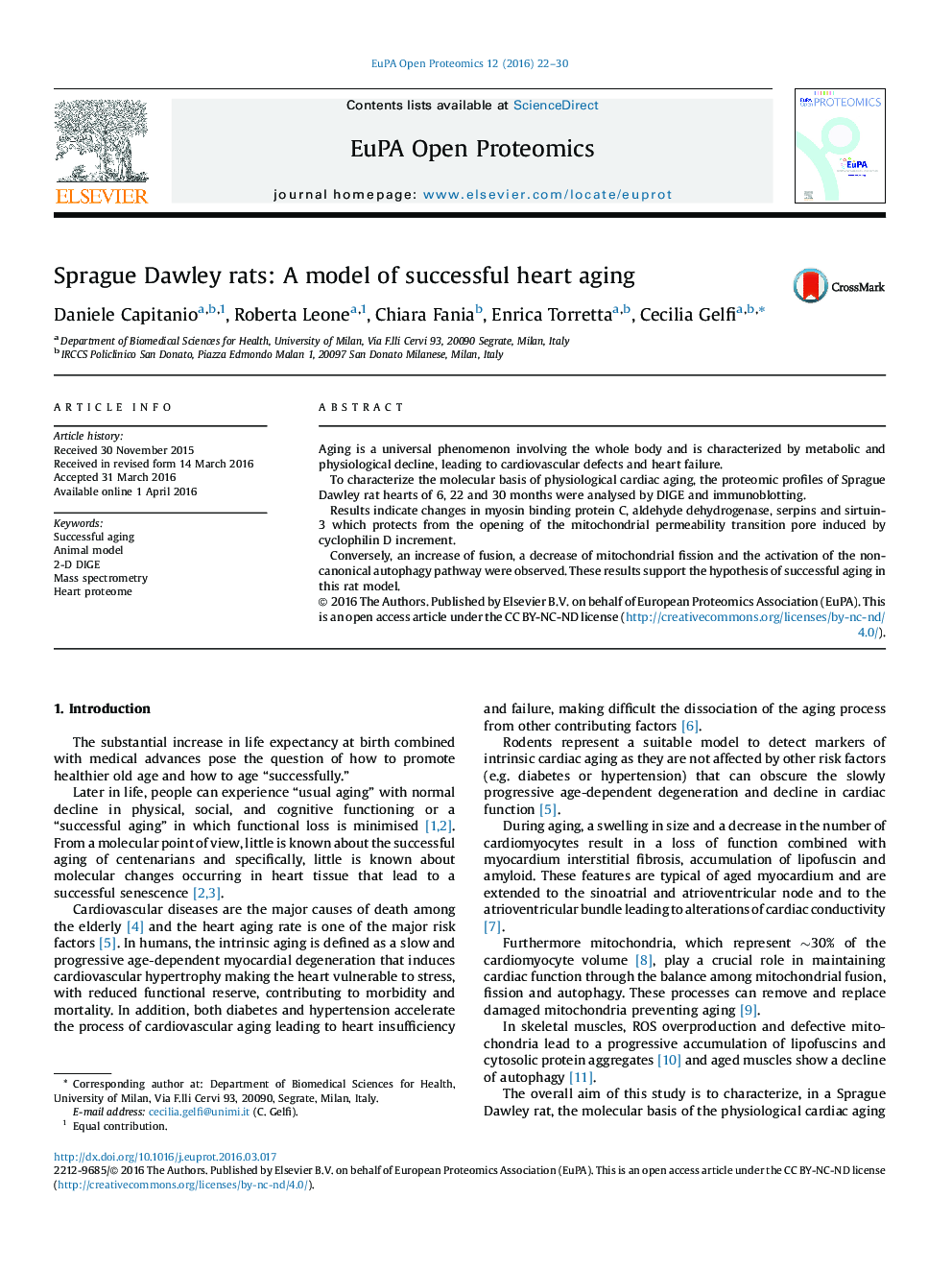 • Sprague Dawley rat hearts of 6, 22 and 30 months were analysed by DIGE and blotting.
• Results indicate that this animal model experiences the so-called successful aging.
• Mybpc3, Aldh2 and serpins could be used as early biomarkers.
• Sirtuin-3 increment suggests the activation of protective non-canonical autophagy.

Aging is a universal phenomenon involving the whole body and is characterized by metabolic and physiological decline, leading to cardiovascular defects and heart failure.To characterize the molecular basis of physiological cardiac aging, the proteomic profiles of Sprague Dawley rat hearts of 6, 22 and 30 months were analysed by DIGE and immunoblotting.Results indicate changes in myosin binding protein C, aldehyde dehydrogenase, serpins and sirtuin-3 which protects from the opening of the mitochondrial permeability transition pore induced by cyclophilin D increment.Conversely, an increase of fusion, a decrease of mitochondrial fission and the activation of the non-canonical autophagy pathway were observed. These results support the hypothesis of successful aging in this rat model.