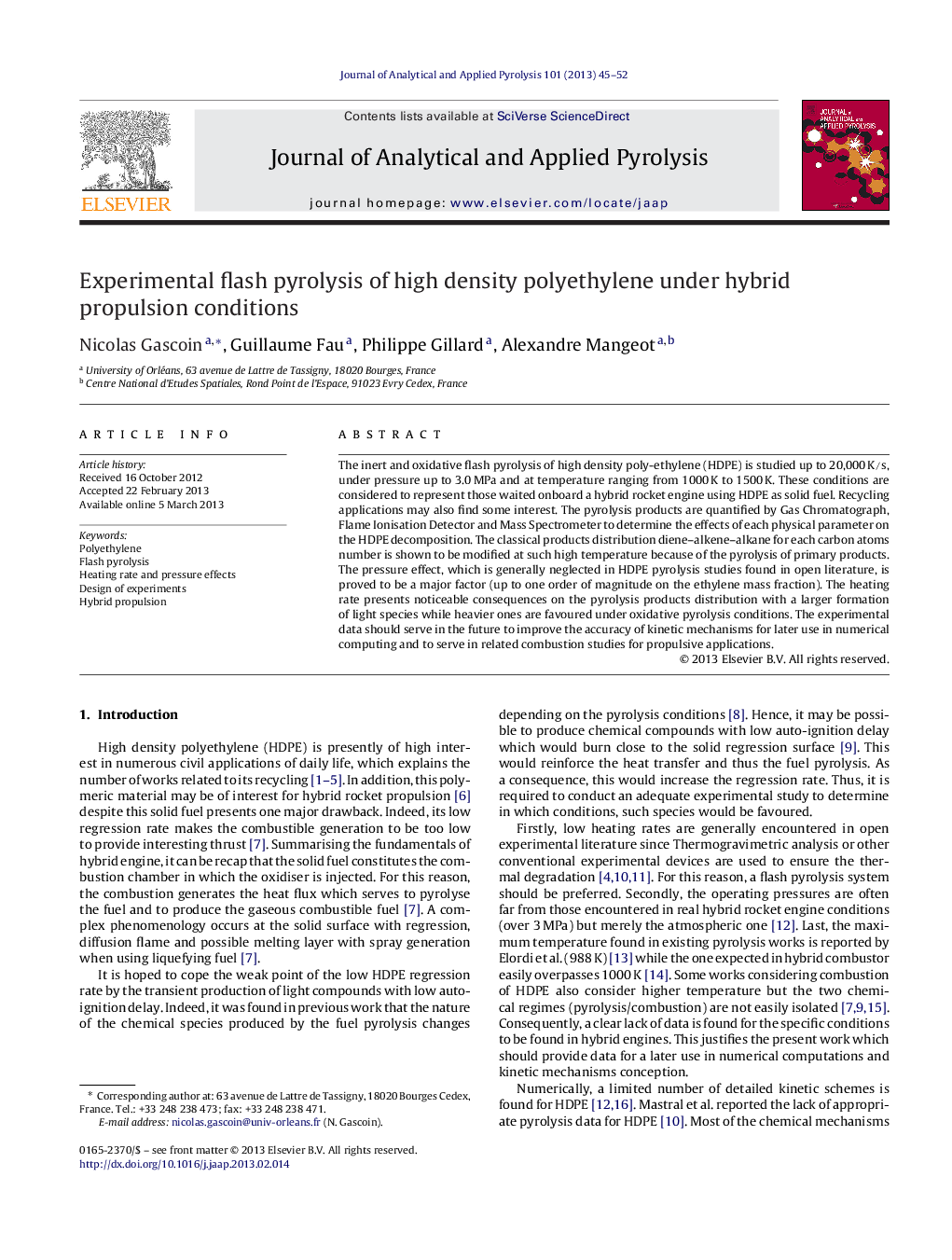 The inert and oxidative flash pyrolysis of high density poly-ethylene (HDPE) is studied up to 20,000 K/s, under pressure up to 3.0 MPa and at temperature ranging from 1000 K to 1500 K. These conditions are considered to represent those waited onboard a hybrid rocket engine using HDPE as solid fuel. Recycling applications may also find some interest. The pyrolysis products are quantified by Gas Chromatograph, Flame Ionisation Detector and Mass Spectrometer to determine the effects of each physical parameter on the HDPE decomposition. The classical products distribution diene–alkene–alkane for each carbon atoms number is shown to be modified at such high temperature because of the pyrolysis of primary products. The pressure effect, which is generally neglected in HDPE pyrolysis studies found in open literature, is proved to be a major factor (up to one order of magnitude on the ethylene mass fraction). The heating rate presents noticeable consequences on the pyrolysis products distribution with a larger formation of light species while heavier ones are favoured under oxidative pyrolysis conditions. The experimental data should serve in the future to improve the accuracy of kinetic mechanisms for later use in numerical computing and to serve in related combustion studies for propulsive applications.

► Atmosphere/heating rate/pressure/temperature effects on HDPE pyrolysis are studied.
► Quantification of over 40 major flash pyrolysis compounds is proposed by GC–MS.
► The effect of the heating rate is shown on the pyrolysis mixture composition.
► A design of experiment enables quantifying the effect of the physical parameters.
► Classical diene–alkene–alkane repartition is altered under these specific conditions.