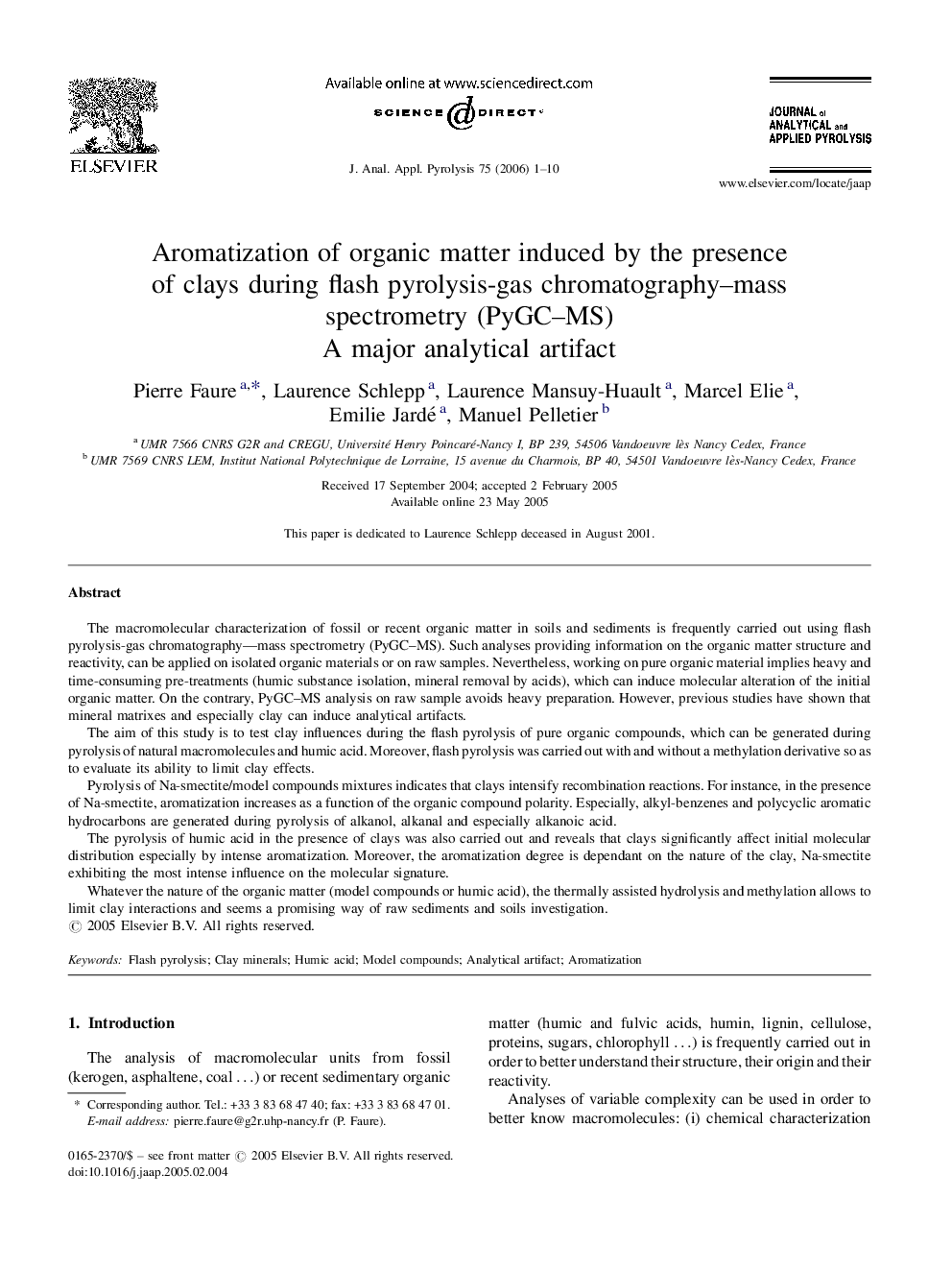 The macromolecular characterization of fossil or recent organic matter in soils and sediments is frequently carried out using flash pyrolysis-gas chromatography—mass spectrometry (PyGC–MS). Such analyses providing information on the organic matter structure and reactivity, can be applied on isolated organic materials or on raw samples. Nevertheless, working on pure organic material implies heavy and time-consuming pre-treatments (humic substance isolation, mineral removal by acids), which can induce molecular alteration of the initial organic matter. On the contrary, PyGC–MS analysis on raw sample avoids heavy preparation. However, previous studies have shown that mineral matrixes and especially clay can induce analytical artifacts.The aim of this study is to test clay influences during the flash pyrolysis of pure organic compounds, which can be generated during pyrolysis of natural macromolecules and humic acid. Moreover, flash pyrolysis was carried out with and without a methylation derivative so as to evaluate its ability to limit clay effects.Pyrolysis of Na-smectite/model compounds mixtures indicates that clays intensify recombination reactions. For instance, in the presence of Na-smectite, aromatization increases as a function of the organic compound polarity. Especially, alkyl-benzenes and polycyclic aromatic hydrocarbons are generated during pyrolysis of alkanol, alkanal and especially alkanoic acid.The pyrolysis of humic acid in the presence of clays was also carried out and reveals that clays significantly affect initial molecular distribution especially by intense aromatization. Moreover, the aromatization degree is dependant on the nature of the clay, Na-smectite exhibiting the most intense influence on the molecular signature.Whatever the nature of the organic matter (model compounds or humic acid), the thermally assisted hydrolysis and methylation allows to limit clay interactions and seems a promising way of raw sediments and soils investigation.