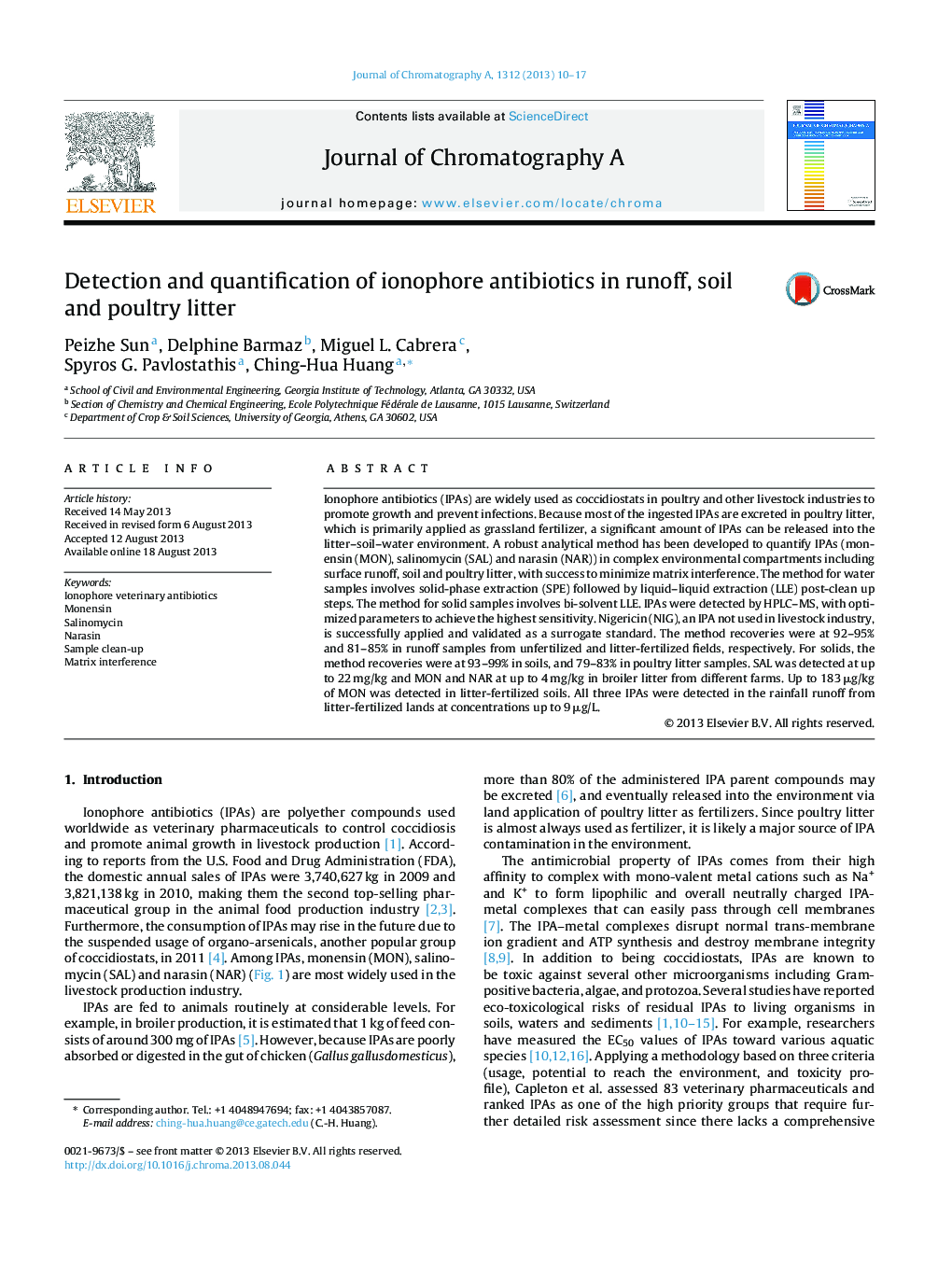 Ionophore antibiotics (IPAs) are widely used as coccidiostats in poultry and other livestock industries to promote growth and prevent infections. Because most of the ingested IPAs are excreted in poultry litter, which is primarily applied as grassland fertilizer, a significant amount of IPAs can be released into the litter–soil–water environment. A robust analytical method has been developed to quantify IPAs (monensin (MON), salinomycin (SAL) and narasin (NAR)) in complex environmental compartments including surface runoff, soil and poultry litter, with success to minimize matrix interference. The method for water samples involves solid-phase extraction (SPE) followed by liquid–liquid extraction (LLE) post-clean up steps. The method for solid samples involves bi-solvent LLE. IPAs were detected by HPLC–MS, with optimized parameters to achieve the highest sensitivity. Nigericin (NIG), an IPA not used in livestock industry, is successfully applied and validated as a surrogate standard. The method recoveries were at 92–95% and 81–85% in runoff samples from unfertilized and litter-fertilized fields, respectively. For solids, the method recoveries were at 93–99% in soils, and 79–83% in poultry litter samples. SAL was detected at up to 22 mg/kg and MON and NAR at up to 4 mg/kg in broiler litter from different farms. Up to 183 μg/kg of MON was detected in litter-fertilized soils. All three IPAs were detected in the rainfall runoff from litter-fertilized lands at concentrations up to 9 μg/L.